Hypermethylation: Are We Overdoing It with Methylation Support?

Over the last few years, clinicians have become increasingly aware of the importance of methylation as a determinant of health.

Since methylation deficits have wide-ranging implications and associations with disorders like autism, diabetes, cardiovascular disease, depression, insomnia, infertility and more, many are rightly seeking ways to help patients mitigate the risk of diseases associated with under-methylation. 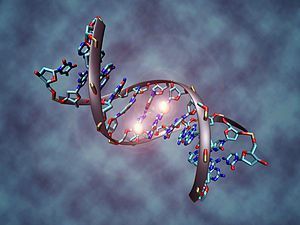 Many functional medicine practitioners now routinely assess patients’ MTHFR status, with particular interest in identifying the C677T or A1298C alleles that can impair enzyme function to the detriment of folate utilization.

Homocysteine, which typically rises when there is a methylation blockage, is another biomarker for methylation status that practitioners commonly measure.

Up until now, it has been widespread practice to recommend supplementation with methylated folate (5-methyltetrahydrofolate) and methylcobalamin (vitamin B12) for patients with methylation deficiencies.

Since 5-mTHF is the normal product of the MTHFR enzyme, supplementing with this form makes sense because it bypasses any enzyme blockage.

Folic acid, the synthetic folate form which has been successful at reducing rates of neural tube defects, is not generally used for methylation support since it would require conversion by the deficient MTHFR enzyme, as well as activation via the enzyme dihydrofolate reductase, which is a somewhat inefficient process, especially if there are any single nucleotide polymorphisms in the DFR gene.

A number of combination supplements geared towards methylation support also include other accessory cofactors such as pyridoxine (vitamin B6), betaine and zinc.

While the increased awareness of the importance of methylation is certainly a positive development, there are a number of potential concerns with methylation support supplements, especially when taken at high doses for indefinite time periods.

At the heart of the issue is the possibility of hypermethylation — too much methylation can be as problematic as too little. This has the greatest potential for problems at the level of DNA methylation, one of the critical regulatory mechanisms for gene expression.

In May 2016, the John Hopkins Bloomberg School of Public Health released preliminary findings from an ongoing study that indicated that high levels of maternal folate (four times what is considered adequate) was associated with a doubled risk for autism in offspring. If vitamin B12 levels were also very high, the risk increased 17.6 times. So while deficiency during pregnancy is clearly associated with detrimental outcomes for the fetus, particularly neural tube defects, under certain circumstances excess amounts may also be harmful.

Many practicing clinicians who are working with patients on MTHFR or general methylation support have encountered people who just don’t tolerate methyl donor compounds in supplement form.

A common hypothesis is that this is due in part to ramped-up catecholamine production, creating symptoms of anxiety, nervousness, and neuropathy. However, there are likely other mechanisms contributing to this presentation and more research is needed to help clarify this potential side effect.

These patients present a unique clinical challenge: though needing methylation support, they cannot tolerate the available supplement formulations, and there are few other options in the average practitioner’s toolkit.

Supplements clearly have a role to play, even though we now know there are more tools we can draw on. Kara Fitzgerald, ND, author of the eBook Methylation Diet and Lifestyle, says that she regularly uses therapeutic “probes” of 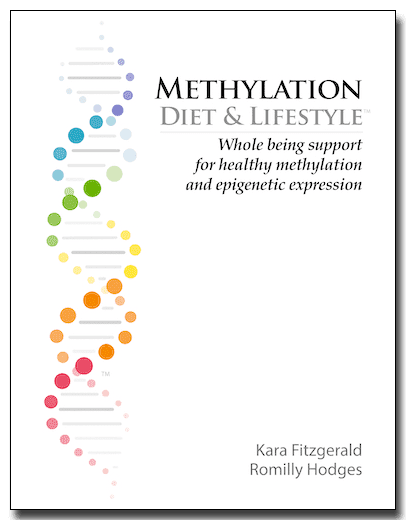 She says that her understanding of the problem and potential risks of epigenetic hypermethylation has changed how she uses supplements: “We seek to keep the dose and duration of supplementation to only what makes sense for that patient.”

I work closely with Dr. Fitzgerald, and we have been building out a methylation program at her clinic in Sandy Hook, CT, that incorporates carefully guided supplementation in a context of broader nutrition and lifestyle changes designed to optimize methylation without overdoing it.

Beyond dietary supplements, the scientific literature shows us that there is much more we can do to support healthy methylation status, both metabolically as well as at the level of DNA methylation.

Beyond lifestyle, there are other ways to support biochemistry to either directly feed, or take excess demand off the endogenous methyl donors. For instance, the microbiome is a substantial producer of B vitamins, including folate. Specific strains, such as Bifidobacterium adolescentis, are able to produce the methylated form, 5-mTHF, as well.

Reducing inflammation and oxidative stress are also important for minimizing aberrant DNA methylation, and supporting mitochondrial fitness is a priority too.

Avoiding “methyl donor drain” is another key consideration. Increased catecholamine production and turnover during high stress states is a perfect example of methyl donor drain since methyl donors are required for both the synthesis and metabolism of epinephrine and norepinephrine.

“Another example might be high dose dietary supplements such as niacin, selenium, and phosphatidylethanolamine, all of which require methylation for their metabolism,” states Fitzgerald, “so we need to be mindful of that when we’re using these nutraceuticals with patients.”

Not least, Fitzgerald focuses on carefully-designed food plans for her patients that are rich in well-tolerated methylation nutrients and ‘methylation adaptogens.’

“Methylation adaptogens are absolutely fascinating,” explains Fitzgerald, “since these compounds, which are often flavonoids such as EGCG and sulforaphane, appear to have the ability to appropriately demethylate areas of the epigenome when necessary, acting to balance out DNA methylation to a healthy level.”

For a complete view of the methylation support program that Dr. Fitzgerald is using in her clinic, refer to the eBook Fitzgerald K. & Hodges R. (2016) Methylation Diet and Lifestyle (n.p.), available at www.drkarafitzgerald.com.

Romilly Hodges holds a Master’s Degree in Functional Nutrition from the University of Bridgeport, CT and is a Certified Nutrition Specialist (CNS). She practices at the office of Dr. Kara Fitzgerald and Dr. Ken Litwin in Sandy Hook, CT.