From the outside, there’s nothing about the Cleveland Clinic’s new Center for Functional Medicine that suggests a healthcare revolution in the making. 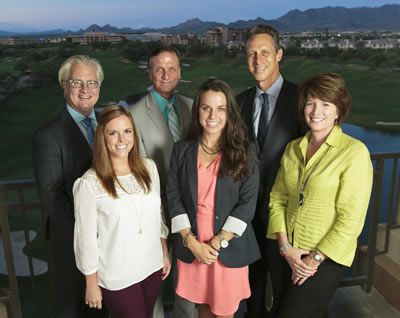 Tucked away in a compact suite in the vast Miller Family Pavilion, the Center shares the same minimalist aesthetic, and no-nonsense atmosphere as the rest of the world-renowned hospital system.

There are no curved walls, Zen fountains, or essential oil diffusers. In appearance, the Center for Functional Medicine (CFM) seems downright conventional. Yet what’s happening inside is anything but.

Firmly rooted in the conceptual paradigms developed by the Institute for Functional Medicine (IFM), the Center puts targeted nutritional interventions—including therapeutic use of nutraceuticals, botanicals, and probiotics—at the forefront of patient care.

The concept of “food as medicine” is not just a poetic ideal at CFM. It’s the motive force beneath all aspects of patient care. CFM practitioners use nutritional and lifestyle modalities as first-line approaches for serious chronic diseases along with—and sometimes as substitutes for—drugs and surgery. There’s nothing “complementary” or “alternative” about it.

In essence, CFM is a test kitchen for what comprehensive, personalized holistic healthcare could look like if it were woven into the fabric of mainstream medicine.

I visited CFM in late January, just four months after it opened, along with one of Holistic Primary Care’s editorial advisors, Dr. Mark Tager.

Having seen integrative clinics at other conventional hospitals, I admit I went in a bit skeptical: Hospitals tend not to take holistic care seriously, using it as a pastel-colored patient pleaser, to attract younger, more affluent people into their referral streams.

I came away with the sense that Cleveland Clinic’s leaders are committed to exploring the potential of true, unfettered functional medicine.

A city within a city that employs roughly 45,000 people, Cleveland Clinic is led by Dr. Delos “Toby” Cosgrove, a visionary physician-executive who’s had his eyes on the functional medicine movement for a long time.

Mark Hyman, MD, chairman of IFM’s board of directors, and the director of CFM, said of Dr. Cosgrove, “For two years he’s been chasing me to try to get me to come to Cleveland.” (See “Cleveland Clinic Gets “Functional“)

It took many conversations before Hyman was convinced that Cosgrove—a cardiovascular surgeon, decorated Air Force officer, and Obama top-pick to head the VA—was sincere in wanting to change the way medicine was practiced.

IFM’s education director, Dr. Patrick Hanaway, is CFM’s medical director. Both he and Dr. Hyman spend part of each month at CFM, while maintaining their own practices in North Carolina and Massachusetts, respectively. Dirk Parvus, MD, sees a full-time patient load at CFM, and a second MD, Melissa Young, is there once a week. The physicians work closely with a full-time team comprised of Laura Vuicich, RN, and nutritionists Trisha Howell, RD, and Brigid Titgemeier, RDN.

Since opening last September, the clinic has logged close to 300 patient visits, and is on its way to its initial goal of 2,000 in the first year. One could say that’s but a homeopathic dose of holism at a medical complex that racked up 5.5 million total visits in 2013. But with a robust research agenda to compare functional medicine head-to-head against conventional care for patients with Asthma, Type 2 Diabetes, Migraine, and Irritable Bowel Disease, and an equally energetic education program, the center is a nucleus for far-reaching change.

If I had just one word to describe patient care at CFM, it would be “thorough,” with “unhurried” a close second. Four-hour visits are the norm, and CFM clinicians are free to take as much time as needed for physical exams, extensive history, and clinical guidance. There is no waiting room full of restive patients, no harried staffers.

Deep listening is an essential diagnostic tool, and at CFM it is guarded as such.

Prior to a first visit, patients must complete a 28-page questionnaire that goes deeply into personal and family history, and a host of diet, lifestyle and psychosocial variables. At CFM, information is power, and patients are encouraged to be highly active in their own care.

Dr. Hanaway said patients come with a wide variety of unresovled illnesses. Roughly half have advanced autoimmune diseases, with chronic systemic inflammation. Others have cognitive, behavioral, or mood-related issues.

“Melissa” is a 45 year old woman with a long, complex medical history beginning at age 10 with surgery for a congenital heart condition.

Dr. Hanaway said one of the first steps in working with patients like Melissa is to figure out what not to do.

“I’m trying to gather data that helps me understand how to help this patient make a phased transition, moving from where she is currently–on four meds daily, four additional meds on a PRN basis, and seven different supplements. She’s still having symptoms. So first off, what of those 15 different things ISN’T working?”

But he stressed that changes need to be made very carefully. “I could precipitate a crisis if I suddenly pull all of those 15 different things and start new things.”

“Based on my experience, I’m 95% sure she’s going to show low progesterone, and she’s going to benefit from progesterone. That said, I’ve had cases where someone’s progesterone was fine but they were cycling it all to make cortisol because they’re so stressed. The end effect is the same–no downstream feeding of androgens and estrogens, but the treatments are different.”

Ultimately, he and the CFM team hope to guide Melissa toward a healthier anabolic-catabolic balance. He emphasized that the nutrition counseling provided by Brigid Titgemeier and the coaching from Laura Vuicich, are essential factors in achieving this long term goal. Nutrition counseling is non-negotiable at CFM; every patient gets a thorough dietary evaluation, nutritional work-up, and ongoing coaching.

In the short term, Dr. Hanaway encouraged Melissa to focus on her sleep issues, and recommended she substitute a standardized lavender extract called Lavela, for the Ambien she had been taking.

“I will at times use herbs or nutraceuticals as substitutes for prescription medications, yes definitely,” said Dr. Hanaway of this decision. Though he generally avoids the simplistic “this herb for that drug” approach, he says there are some instances—like this–where such switches make good clinical sense.

“This patient said she was taking Ambien, but was concerned about its impact on her cognitive capacity. I know Ambien can have that effect, and I know that Lavela won’t.” Down the road, behavioral and nutritional changes related to sleep hygeine will be important. But in the near term, “if I have something that can help her sleep, and balance neuropeptides, I’m going to recommend it.”

Reflecting on her visit, Melissa told Holistic Primary Care, “I feel safe here. I like the idea of this hybrid approach. Its so segregated otherwise. Nobody’s looking at the whole person. If you’re into holistic care it can get very confusing.” She added that she likes the objective measures that are part of functional medicine.

By the standards of hospital-based medicine, CFM keeps a very low overhead: the space allocation is small, equipment is minimal, and there’s nothing present that doesn’t need to be there. 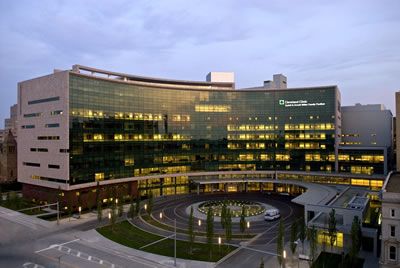 In essence, the system is designed for maximal productivity on a minimal footprint. But it is clear that it could be scaled as the need arises.

CFM uses a hybrid revenue model: many services—including the nutritionist’s—are billed to insurance; others are out-of-pocket. Patients access the supplements recommended by CFM clinicians—and vetted for quality and safety by Dr. Hyman—via an online formulary.

Like everyone in the Cleveland Clinic universe, the functional medicine team is paid on salary; they have no personal financial stake in what they recommend, prescribe, or perform. Annual contract renewals are tied to clinical outcomes.

Mary Curran, Senior Director of Special Projects, said so far, CFM’s economic performance has been good. “The doctors’ visits are almost always covered by insurance, and more and more the nutritionists’ visits are being covered. In our business plan we thought it would be 20% and we’re already up to at least 50%.

Dr. Hanaway said health coaching—an essential factor for good clinical outcomes—is not (yet) covered. “There’s no reimbursement for it, but it’s part of what we’ve built into our model. We want to demonstrate the efficacy.”

Likewise, supplements are not covered, but Curran says the four research projects could play a role in changing that. “If we can prove that a certain supplement helps someone….say a probiotic helps more than Prilosec, then why shouldn’t it be covered?”

CFM’s marketing, so far, has been almost entirely grass-roots focused, but it has been very effective.

“We started a campaign to introduce the CFM via screenings of Fed Up. Mark Hyman is in the film. He attends those screenings,” explained Curran. “Mark is there to do Q&A, and then we intro the CFM.”

Tawny Jones, Program Administrator, said roughly 85% of CFM’s patients are self-referred and 26% are entirely new to the Cleveland Clinic. But she stressed that the center was not created just to draw referrals. “The goal is to develop best practices, to prove the (functional medicine) model works.”

Both administrators were hesitant to discuss long-term expansion, but it is clear the planners have given great thought to scalability and replicability.

Many community-based clinicians interested in functional medicine face a difficult challenge: try to squeeze the new approaches into conventional insurance models or opt out of insurance and go with a direct-pay or concierge practice model.

If CFM can prove functional medicine delivers on its clinical promise, is compatible with a physician-employee model, and is replicable outside the Cleveland Clinic’s orbit, it could have large scale transformative impact.

CFM’s leaders say it is a little too early to draw too many lessons from the project, but there’s a definite air of optimism.

Dr. Hanaway said CFM is already delivering impressive clinical outcomes. “We have patients coming in with PROMIS (Patient Reported Outcomes Measurement Information System) scores over 100—they’re pretty sick. What we’re seeing is a 50-70% drop in those scores from initial visit to follow up. It’s stunning. I’m seeing better responses here than I see in my own practice in Asheville. It highlights the effectiveness of what’s happening here.” 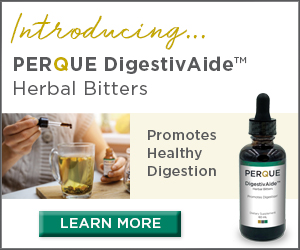