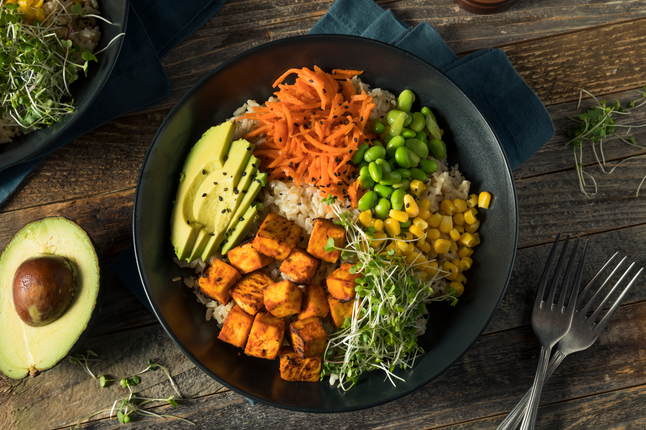 Doctor burnout is a real thing. It causes great personal suffering to practitioners and their loved ones, and costing the already over-taxed healthcare system $4.6 billion a year. The reasons are myriad, including the widespread shortage of physicians and ever-growing insurance bureaucracy.

For Dr. Scott Stoll, it came down to one thing: “My patients were telling me they were falling apart.”

Stoll, a physical medicine and rehabilitation specialist based in Bethlehem, PA,  saw that the people he treated were suffering more chronic disease, their quality of life was deteriorating, and their support systems, both financial and emotional, were crumbling under the stress of ongoing illness.

He felt helpless to truly help them. Over time, that feeling of futility started to take its toll.

Kaiser Permanente family physician Steve Lawenda had a similar experience. “We have all these so-called weapons to fight diseases, but we feel defeated. Many of us are realizing there’s not much meaning in what we’re doing,” says Dr. Lawenda, who practices in Lancaster, CA, north of Los Angeles.

The answer?  For Stoll, Lawenda and a growing number of other doctors, it’s plants.

The plant-based lifestyle is not just a hot consumer trend. For some physicians it has been the key not only to their own health and wellbeing, but to a complete transformation of their professional lives.

Stoll is the  co-founder of the Plantrician Project , a nonprofit organization advocating for a healthcare paradigm shift 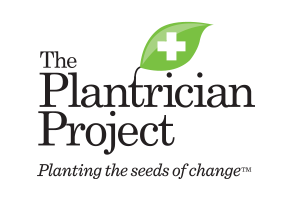 that makes plant-based diets–not pills– the preferred course of treatment for most chronic diseases. Through its online source materials and conferences, the Plantrician Project gives practitioners the information and tools they need to understand how plant-based nutrition can impact their patients.

Plantrician is one of a number of new educational efforts that have emerged recently to fill the glaring gaps in most physicians’ nutrition education.

“Often our patients know more about diet and nutrition than we do,” says Midland Health’s Dr. Padmaja Patel, a lifelong vegetarian who practices internal medicine in Midland, TX.

Despite all the medical lip-service given to the importance of lifestyle factors as determinants of health or illness, true nutrition education is rarely part of the med school curriculum. “The training emphasizes pharmaceuticals, surgery,” says Lawenda. “Disease reversal isn’t in our vocabulary, never heard that term.”

The idea of physicians incorporating food into patient care really only took hold in 2004, with the advent of Healthy Kitchens, Healthy Lives, the annual conference by Harvard T. H. Chan School of Public  Health. It’s a unique opportunity for healthcare professionals and chefs to gather and get hands-on in the kitchen. Hosting the event in February at the renowned Culinary Institute of America in Napa, CA, certainly adds to Healthy Kitchens’ appeal.

Since that project took off, some medical schools began integrating  culinary medicine into their curricula.

The Plantrician Project, and Cornell University’s online Plant-Based Nutrition are part of a new wave of programs that ride the current wave of consumer interest in vegetarian and vegan living. These programs differ from earlier ones like Healthy Kitches in their

strict focus on plant-based foods as a means of preventing, treating even reversing chronic disease.

Plantrician = physician + plant-based.  It’s turning out to be a powerful equation.

Diabetes affects over 30 million Americans, and the growing number of patients reflects how resistant diabetes is to traditional treatment.

“The worst is that despite everyone taking prescription medicine and cutting carbs, every year, we have to keep adding more medications to manage blood sugars,” says Patel.  “Within 10 years of diagnosis, most patients get on insulin.  One of the best outcomes we see is from whole food plant-based diet. Blood sugars improve so quickly it’s mind-boggling.”

Science confirms a strong correlation between diabetes risk and meat consumption.  Multiple studies  have shown that patients can reduce and in some cases cease diabetes medications entirely, by switching to a whole foods plant based diet.

“Why are we not talking about this?” Patel beckons. Increasingly, though, practitioners are talking. And they’re trying to get up to speed to meet the needs of their veg-curious patients.

Within the past decade, “the market has evolved,” says Stoll.  “There’s a keen interest to look at lifestyle medicine and plant-based nutrition.  Prior to that, it wasn’t even a warm market.  It was cold.”

The change is due in part to social media and to films like Forks Over Knives and The Game-Changers, which asserts a plant-based diet can boost athletic and even sexual performance. 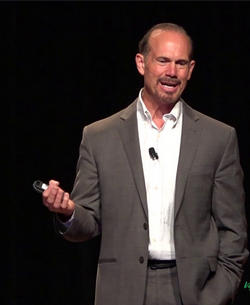 Neal Barnard (Physicians Committee for Responsible Medicine) and Michael Greger (How Not to Die). Together they represent over a century’s worth of credentialed, plant-based, medical expertise.

“The plant-based community has pushed the science to consider a whole new concept that wasn’t in place 20 years ago,” says Mark Rifkin, RD.

The Plantrician Project and PCRM are both heavily research-driven. The former publishes independently-funded health findings in its International Journal of Disease Prevention and Reversal.

Campbell, whose seminal nutrition work helped launch the plant-based movement,  designed e-Cornell’s rigorous six-week Plant-Based Nutrition curriculum.  The online program is open to anyone, but seems to attract health coaches and chefs looking to apply plant-based nutrition in their fields.  Upon course completion, students receive certificates, though this is not the same as board certification in the medical specialty sense.

Plant-Based Nutrition’s promo material claims the course can make you a plant-based expert in six weeks.

Rifkin and other dietitians are skeptical. “Anybody can set up a school for lack of a better word — you can set up one right now, grant a certificate, nothing preventing you from doing that,” says Rifkin. “Whether it is recognized by any meaningful body is another question.”

Yet the program’s graduates say both the course content and the credential have been valuable. Among them is Linda Watson, of the nonprofit Cook for Good.

Am I an expert after six weeks?  No.  Am I better informed, better able to educate myself?  Absolutely.” Especially lacking a medical background, Watson appreciated the way the Cornell course, “teaches critical thinking, how to read medical studies, how to navigate other resources.”

“I wanted to bring a health message to people in need.  For people like me doing outreach, it’s good to have data to rely on.”

It’s good for practitioners with advanced medical degrees, as well.  Patel, who attends Plantrician Project conferences is also a Nutrition Studies graduate. She makes certification mandatory for all the nurses and dietitians she works with.

The course helps bridge the science with what is often the greatest challenge of any change in diet — learning how to shop and what to eat. 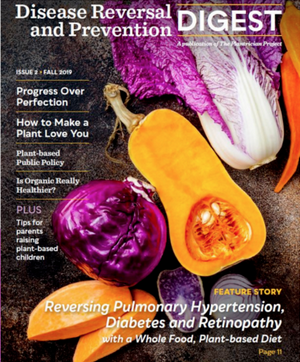 Plantrician Project offers a Quick Start nutrition guide for patients. It hosts a database of plant-based practitioners, and offers a program called Culinary Rx for non-practitioners looking to improve their eating habits.

It’s “designed to be prescribed by healthcare providers,” says Stoll.  “It helps people new to plant-based nutrition modify their lifestyles, learn why nutrition is important, how it impacts their health, how to use certain foods.” It imparts life skills many have never learned — basic cooking techniques.

Vegan by Any Other Name?

Not so long ago, people who followed a diet without any animal-derived foods were called vegans. Today, “Plant-based,” and specifically “whole food plant-based” is the preferred term.

What happened to the term vegan?  Coined 80 years ago, the concept was sound — a diet without animals and animal products — no meat, no chicken, no fish, no dairy, no honey, no eggs.

But for practitioners, all those “no’s”—especially coupled with a few others like no added sugar, no gluten–smacked of orthorexia, a pathologically obsessive concern with food and the consequences of eating the “wrong” foods.

That did not stop the vegan movement from growing.  The market for vegan foods and other natural products has grown mighty broad over the years.  Thanks to the recent glut of commercial vegan products, we’ve now got vegan calzones and cronuts, pizzas, enchiladas, and ice creams. And of course, a host of new plant-derived “meats.” Many of these products are delicious and cruelty-free, but they’re often far from healthy and in some cases, far from plants.

The term doesn’t evoke the negative reactions that some people have when they hear the word “vegan,” perhaps because it emphasizes what you can and do eat, rather than what you do not.

Maybe wfpb could benefit by a catchier name, but it’s hard for practitioners to argue with its health benefits.

He has a family history of heart disease.  His diabetic father had to have his legs amputated and became wheelchair-bound and depressed.  At 38, Lawenda himself was obese, pre-diabetic, and felt hopeless to change.  Then he learned about plant-based nutrition.  “I started to realize by changing what we eat perhaps that addresses the root causes of disease, perhaps we can reverse or possibly cure them.”

Lawenda, who went plant-based eight years ago, has done just that, effortlessly losing 40 pounds, regaining his vitality, and rekindling the reason he became a doctor in the first place. “There no greater joy than helping so many people.”

Dr. Stoll lists the numerous ailments that do: diabetes, heart disease, high blood pressure, general inflammation, and asthma are among the conditions that resolve  quickly when people follow a plant-based diet. “This diet is applicable to everything, it can improve everybody’s quality of life,” he says.

Both Lawenda and Patel have initiated plant-based wellness outreach programs in their communities. Patel runs videos like Forks Over Knives and What the Health in her waiting room, so by the time patients meet with her, many “are already ready to make the change.”

Rather than suffering burnout, these physicians are fired up with purpose — and with plants.