As a longtime vegetarian, I have for many years been on a personal quest for the perfect veggie meat alternative. I’ve spent hours browsing natural food aisles, where the meat substitute sections seem to expand with each passing year.

From the now common veggie burgers, “not dogs,” and “chicken” nuggets to 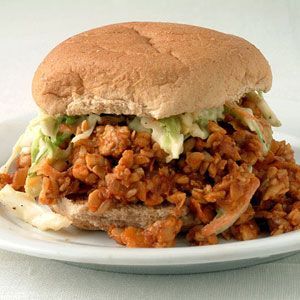 innovations like meatless ground beef, veggie deli slices, buffalo wings, scallops, sausages, and even veggie bacon, the selection is almost as wide as that of an actual meat market. With such a great diversity of options, how can vegetarians and other meat-conscious consumers make informed, nutritionally-sound choices?

What are Meatless Meats?

Essentially, meatless meats are foods derived from non-animal proteins—soy, other legumes, and fungi are common sources—and processed so they have the texture and flavor of popular flesh foods.

On the one hand, they provide healthy, low-fat sources of protein for those who eat little or no meat. Plant-based alternative meat products are comparatively lower in fat, cholesterol, and salt, and richer in fiber than products derived from animal flesh. Veggie meats are also high in protein, which may be important for vegetarians or vegans whose diets are otherwise protein-deficient. Additionally, the ecological footprint of alternative meat production is far lighter than that of animal foods, making faux meats an eco-friendly dining option.

On the other hand, no matter how they’re sliced, most veggie meats fall into the category of packaged, processed, convenience foods. A review of the nutrition labels of some common meat substitutes reveals long ingredients lists peppered with curious and unfamiliar items. Many of the most popular meat substitutes contain colorants, thickeners, preservatives, stabilizers, and emulsifiers, which are requisite to maintaining texture, flavor, and shelf life.

Some are so highly processed that they cannot conscientiously be considered “natural” foods, plant origins not withstanding. It takes a great deal of technological intervention to make soy taste and chew like barbecued chicken! 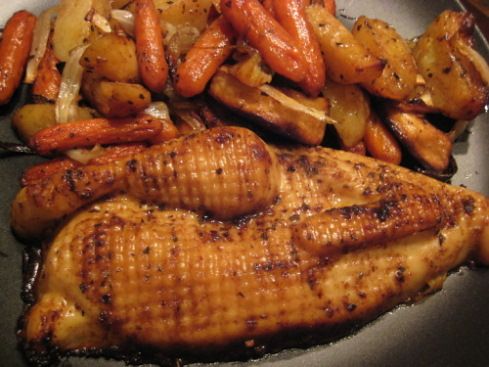 While some meat substitutes are “natural,” they are nonetheless highly unusual in their source. For example, the main ingredient in Quorn Foods’ meat alternatives is the mysterious “mycoprotein,” derived from Fusarium venenatum, a fibrous fungus of non-mushroom origin first discovered in English soil in the early 1960s. Since 1985, Quorn has been sold in the UK in a variety of faux flesh forms (cutlets, burgers, sausages, nuggets) and has since found a global market.

Is Quorn healthy? Millions of people worldwide certainly believe it to be. Yet, the Center for Science in the Public Interest  has logged over 1,700 reports of allergies and other adverse reactions (nausea, vomiting, GI distress) to Quorn from consumers in the US and Europe. CSPI considers Quorn dangerous to people sensitive to molds and other fungi, and has urged natural foods retailers in the US not to sell products made from it.

Other veggie meat substitutes also pose challenges to individuals with allergies or sensitivities to common foods like soy and wheat. Many alternative meat products contain soy, often in multiple forms; a single meat analogue might contain soy lecithin, soy sauce, soybean oil, soy protein isolate, soy protein concentrate, and/or hydrolyzed soy protein. These products may provide safe and healthy options for people who like soy and are not allergic to it, but they can be problematic for others.

Similarly, wheat and wheat-derived ingredients including wheat flour, wheat gluten (protein), wheat starch, and wheat fiber frequently appear in veggie meats. Those with gluten sensitivities should be especially careful when selecting from among the meatless alternatives.

The matter of genetically modified organisms (GMOs) is another contentious matter. Some companies do specify on their packaging that they source non-GMO ingredients, but it is impossible to know whether or not products without such labeling contain products that have been genetically altered. Given the massive amount of GMO soy in our food supply, it is very likely that many meatless meats include some GMO ingredients unless labeled otherwise.

Tofu (literally, “bean curd” in Chinese) is perhaps the most widely recognized meat alternative. Tofu-making began in China more than 2,000 years ago, and the food has for centuries been a staple in many Asian cultures. Derived from soybeans, tofu provides an excellent source of protein, calcium, and iron. It is usually available in block form and while bland on its own, is highly absorbent and readily takes on the flavors of marinades, sauces, and other dressings.

Tempeh is another fairly common soy-derived meat alternative. Of Indonesian origin, Tempeh is a fermented soybean cake made from cooked soybeans and grains such as rice and millet, combined with the Rhizopus oligoporus culture. The fermentation process enhances the digestibility of the soy, reducing symptoms of gas and indigestion that can otherwise be caused by the oligosaccharides in soy. Tempeh is commercially available in strip and cake form and can be used in many of the same culinary contexts as tofu. Because it contains whole soybeans it has a denser, “meatier” texture and nuttier flavor that many vegetarians prefer over tofu.

Seitan,  often dubbed “wheat meat” or “ wheat gluten,” is another common vegetarian meat substitute. Seitan is made from wheat flour and is produced by washing wheat flour dough until the starch dissolves, resulting in a chewy mass of proteinaceous gluten. A relatively modern invention with no precedent in traditional Asian cooking, seitan was originally popularized in the 1960s by George Ohsawa, who led the worldwide macrobiotic nutrition movement. Seitan is higher in protein than tofu and tempeh, but it is usually higher in sodium as well.

Seitan is available in a variety of different forms, including blocks, slices, shaped masses and marinated strips. Tofurky is perhaps the most well-known meat analogue made primarily from seitan, but many others including Yves deli slices, LightLife (ConAgra) Smart Dogs, and Morningstar Farms (Kellogg’s) Chick’n Nuggets and Chik Patties contain some amount of wheat gluten as well. It is also widely available in vegetarian restaurants, denoted by “quotation marks” on the menu (ie, General Tso’s “chicken,” masaman curry “duck”).

Chewy and flavorful, seitan is a great option for people who have no problems with gluten, but it’s best avoided by the large number of people with gluten sensitivities.

At the end of the day, the simplest rule of thumb for vegetarians and other meat-conscious people is this: derive as much dietary protein as possible from natural, minimally-processed whole grains, legumes, beans, nuts, and vegetables.

Packaged faux meats can seem like culinary lifesavers for us vegetarians at times, but it’s not really healthful to rely on them as one’s sole source of protein. In my years of exploration and experimentation with various meat substitutes, I’ve often been surprised to learn how easy it is to prepare cheaper, fresher versions of some of the more common meat substitutes in my home kitchen.

Try a recipe for black bean burgers or lentil patties or homemade seitan cutlets – you might surprise yourself with a healthy, natural, and nutritious meatless meat creation of your own.