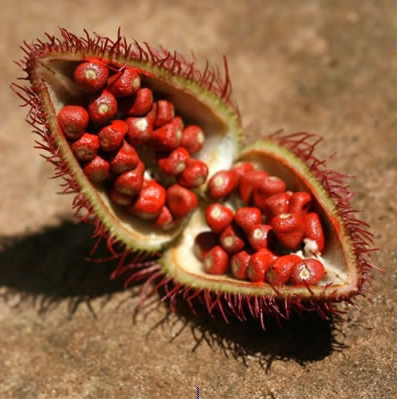 The data, from a 71-patient placebo-controlled study, suggest that δ-tocotrienol has a great potential role to play in the management of these increasingly common and co-occurring conditions.

Dr. Muhammad Amjad Pervez and colleagues at the National University of Medical Sciences, Islamabad, Pakistan, randomized the 71 patients—all of whom were overweight or obese, with the characteristics of metabolic syndrome, and ultrasound-confirmed NAFLD—to twice-daily treatment with either 300 mg δ-tocotrienol (total of 600 mg/day) or identically matched placebo capsules.

At baseline, all of the patients had shown moderate but persistent elevations of ALT of up to 4 times the upper limit of 42 IU/L. All had Fatty Liver Index scores of 60 or greater. The FLI score–a validated composite index encompassing BMI, waist circumference, triglycerides, and γ-glutamyl transferase–correlates strongly with ultrasound evidence of liver fat.

The investigators excluded patients with hepatitis B or C, histories of alcoholism (a rarity in Pakistan where alcohol consumption is culturally discouraged), other autoimmune liver conditions, as well as those using potentially hepatotoxic pharmaceuticals. Of 109 patients screened initially, 71 met the inclusion criteria.

The tocotrienol used in this study was extracted from annatto seeds—a natural source of this compound. Each 300 mg capsule contained 90% δ-tocotrienol, the form of vitamin E with the highest bioavailability, best penetration into cell membranes, and most potent anti-inflammatory and anti-oxidant properties. The supplements were supplied by American River Nutrition, a botanical raw materials supplier specializing in tocopherol-free tocotrienol formulations.

In addition to their assigned supplementation regimens, all the patients were encouraged to follow a reduced-fat diet and to exercise regularly.

After 12 weeks, patients in both groups showed changes in metabolic and liver function parameters compared with the baseline measurements. But the differences between the two groups were large and, for the most part, statistically significant.

“The results from this 12-week pilot study provide evidence that δ-tocotrienol is safe and has significantly greater efficacy than placebo in improving serum aminotransferases, hs-CRP, MDA, and FLI score (p<0.001) in patients with NAFLD,” Dr. Pervez and colleagues reported.

“As the study participants were advised to consume low-fat foods and increase physical activity, the improvement observed in the placebo group may be due to increased

patients’ adherence to fat-reduced diet, exercise, and motivation because of study participation. Nevertheless, the improvement in the tocotrienol group was significantly greater than that in the placebo group.” (Pervez MA, et al. Turk J Gastroenterol. 2018).

Though the tocotrienol-treated patients did show very significant reductions in their FLI scores from baseline, and compared to the placebo group, this did not translate into observable reductions of intrahepatic fat on ultrasound examination. The authors propose that this was due to the relatively short treatment period. Twelve weeks may not be long enough to produce radiologically-detectable changes in hepatic steatosis.

Barrie Tan, PhD, founder of American River Nutrition, and one of the world’s experts on tocotrienols, says he is highly encouraged by the outcome of the Pervez study. “I was honestly really thrilled,” he said during a webinar hosted by Holistic Primary Care.

“What is there not to like? The waist circumference dropped, the triglycerides dropped. And it is very, very difficult to drop the transaminase enzymes in an NAFLD patient. But we got more than 15% drop of ALT and AST. And it’s music to all of our ears that the CRP dropped too.”

The latter finding—an 18% decrease in hs-CRP in the tocotrienol-treated patients—indicates a very meaningful decrease in hepatic inflammation. CRP is produced by the liver when it is under inflammatory and oxidative stress.

While this initial report from the Pervez study did not include data on glucose metabolism, the researchers have been tracking Homeostatic Modeling Assessment (HOMA) scores, and that data will be published by the end of the year. Based on the assessments completed so far, Tan says that “sugar and insulin are better controlled in the tocotrienol-treated group.”

During the webinar, Dr. Tan explained that of the 8 distinct isoforms of vitamin E (4 tocopherols and 4 tocotrienols), δ-tocotrienol has the greatest biological activity because structurally, it is most similar to the phospholipids comprising cell membranes. This means greater uptake into target tissues.

The seeds of the Annatto plant, which is indigenous to South America and which has been widely used as a food coloring agent. The seeds are extremely rich in δ-tocotrienol, but produce no α-tocopherol—the most commonly used form of vitamin E and also the least effective.

The Pervez NAFLD study builds on earlier work from University of Missouri researchers showing that δ-tocotrienol supplementation could significantly reduce total cholesterol by 15%, LDL by 18%, and triglycerides by 14% in a cohort of people with high cholesterol and increased cardiovascular risk. The patients were also following the American Heart Association’s Step-1 diet for part of the 30-week study period. The vitamin E supplement exerted effects beyond those seen with diet alone.

In addition to the lipid changes, the δ-tocotrienol-treated subjects showed significant reductions in TNF-α, IL-2, IL-4, IL-6 and other pro-inflammatory cytokines. The subjects showed benefit beginning at a relatively low 250 mg per day dose of δ-tocotrienol, and the benefit accrued in a dose-dependent manner up to 500 mg per day (Qureshi et al. BJMMR. 2015).

Though the available data are still preliminary, and the findings need to be confirmed in large-scale clinical studies, Dr. Tan said the clinical implications are significant. An estimated 80 million Americans have NAFLD, and 20% of those will transition to non-alcoholic steatohepatitis (NASH). People with obesity, metabolic syndrome, and diabetes are at especially high risk, and the condition causes significant problems.

“In many obese and diabetic people, the livers look like those of heavy drinkers, even though they are not. A healthy liver cannot tolerate greater than 5% fat in the tissue. At greater than 5% you start to get severe inflammation and scarring that is irreversible.”

American River’s Delta Gold form of δ-tocotrienol is available in formulations from Designs for Health.