Daily supplementation with plant-derived carotenoids can reduce the risk of age-associated macular degeneration, and may also have a role in prevention of Alzheimer’s disease, according to James Stringham, PhD, of the Nutritional Neuroscience Laboratory at the University of Georgia, Atlanta. 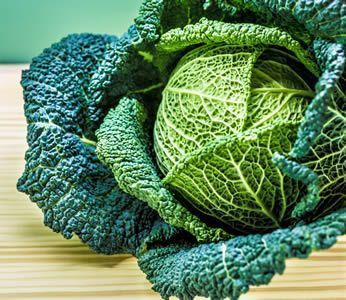 Lutein, zeaxanthin, and meso-zeaxanthin—three carotenoids that cannot be produced by the human body have, none the less, “a conspicuous concentration” in the eyes, said Dr. Stringham, speaking at SupplySide West, a nutrition industry conference.

Dr. Stringham is among the nation’s leading carotenoid researchers, with a particular interest in the role of these molecules in visual function and cognitive function.

His work is giving strong support to something nutrition-centric practitioners have long postulated: that carotenoids intake is directly related to visual acuity, and that increasing the intake can reduce the risk of one of the most devastating consequences of aging: macular degeneration and its resultant blindness.

“On average, we consume about 50 different carotenoids in our diets, about 20 get into the serum, but only three get into the retina: Lutein, Zeaxanthin and meso-zeaxanthin. These also happen to make it into the brain.” This Big Three of eye-enhancing carotenoids are found primarily in leafy green vegetables, a food group that is sadly lacking in many peoples’ diets.

The retina is unbelievably carotenoid-hungry, and with good reason.

Of Light and Lipids

Carotenoids are powerful antioxidants, and according to Dr. Stringham, the fovea of the human retina has the highest metabolic rate of any tissue in the body. It is continually absorbing and processing high-energy electromagnetic radiation in the form of light. This generates a tremendous quantity of free-radicals.

The three key retinal antioxidants–lutein and the two forms of zeaxanthin–are highly efficient in quenching free-radicals. They are also unique in that, unlike other plant-derived antioxidant molecules, they are not lost in the process of neutralizing free-radicals.

“They regenerate themselves, they don’t go away in the reaction. So you still have lutein and zeaxanthin molecules operating in your eyes that were there when you were 3 or 4 years old.”

Assuming, of course, you were doing what Mama said and eating your vegetables.

Simply put, the amount of antioxidant-rich vegetables eaten over the course of someone’s life has direct bearing on visual and cognitive function later on. The development of the retina in infancy and childhood is an oxidatively intensive process: it needs a lot of oxygen and it generates a lot of free radicals.

That’s a big reason why lutein, zeaxanthins and other carotenoids are found in high concentrations in breast milk–especially the colostrum produced during the first few weeks after a child is born. It is the dense carotenoid content that gives colostrum its characteristically yellow color, explained Dr. Stringham. Breast milk produced beyond that early stage has half the lutein content of colostrum.

A baby’s body will naturally distribute the carotenoids with the highest antioxidant potential to the most metabolically active tissues like the retina. “The body is accumulating as much of these carotenoids as it can get into the retina.”

On electron micrograph, a healthy human retina will show dense concentration of carotenoids in the macular pigment layer. The very center of the fovea has huge meso-zeaxanthin deposits. In a healthy person with a good diet, the foveal levels are around 15 picamoles versus almost nothing in serum. Levels of lutein–a precursor of meso-zeaxanthin—are typically around 59 picamoles (Nolan et al. Eye. 2013)

They are there to protect the rods & cones from the damaging effects of high-frequency light waves. In people with macular degeneration, electron micrographs show a layer of unmetabolized debris underneath the rods and cones, the fall-out of years of oxidative stress,” Dr. Stringham explained.

Macular degeneration, like many other age-associated diseases, arises in part from the cumulative damage of unchecked oxidative stress.

“If you don’t get a lot of lutein, zeaxanthin, and mesoxanthin in your diet, you are at increased risk of macular degeneration by age 60-65,” he said, citing several studies demonstrating a clear correlation. “Long-term oxidative damage catches up. Macular degeneration is a leading cause of blindness in people over 60, and it is a bad disease.”

Dr. Stringham has been working collaboratively with researchers at the Air Force Research Laboratory in San Antonio, TX, on a detailed investigation of the role of carotenoids on visual acuity and neural processing speed—a subject of tremendous interest to the Air Force given that for jet pilots millisecond differences in visual processing can mean the difference between life and death.

Neural processing speed, it turns out, shows a direct relationship with levels of lutein and zeaxanthin. Dr. Stringham went as far as saying that neural processing is actually mediated by these two carotenoids. People with the most macular pigment (carotenoids) are most able to adapt to shifts between light and darkness much more quickly than those with the lowest levels.

They have consistently faster performance on a variety of visual tasks, as well as better reaction time, and better visual-motor timing. They also have improved ability to distinguish between a rapidly flickering light and a non-flickering solid light (Hammond BR, et al. Ophthalmic and Physiological Optics. 2005: 25 (4 ): 315-319).

Those with low macular pigmentation experience a lot more light-scattering, resulting in a loss of ability to focus.

The good news is that supplementation with the right combination of carotenoids can significantly improve macular pigment optical density (MPOD), and in turn, directly improve visual function.

Daily dosing with 15 mg of meso-zeaxanthin and 12 mg per day of a combination of lutein and zeaxanthin produces an almost immediate increase in MPOD measurements that continues to rise steadily with continued supplementation, peaking out after about 180 days, reported Dr. Stringham.

The news gets even better. In the National Eye Association’s Age-Related Eye Disease Study (AREDS)-2 study, published in 2013, researchers discovered that supplementation gives the most benefit in the people who are most deficient.

AREDS-2 involved 4,203 people between the ages of 50 and 85 years, all of whom had significant risk of age-associated disease due to unhealthy lifestyle patterns.

There’s very little downside to lutein and zeaxanthin supplementation. It is extremely safe even at high doses.

Dr. Stringham noted that many high-performance Air Force pilots are now taking lutein.
“Suffice to say, when you’re zipping along at 1,500 mph, millisecond differences in visual performance and processing are important.”

The eyes and the brain are intimately connected, so it should be no surprise that what’s good for the eyes is probably also good for the brain. That’s certainly the case with carotenoids.

In one study, 49 women aged 60-80 years, were randomized to receive DHA (800 mg/day), lutein (12 mg/day), a combination of DHA and lutein or a placebo for a total of 4 months. Investigators measured verbal fluency, memory, processing speed and accuracy, and self-reports of mood.

They found improvements in verbal fluency scores in those who took DHA, lutein and the combination, but not in those on placebo. Memory scores and rates of learning were also higher in the combined treatment group than in the other three groups (Johnson, et al. Nutr Neurosci. 2008; 11 (2): 75-83).

In a more recent trial, researchers measured serum lutein and zeaxanthin and MPOD in 108 people with a mean age of 78 years. They found that macular pigment concentrations (MPOD) were significantly and directly correlated with global cognition scores, verbal learning and fluency, memory recall, processing speed and perceptual speed. In short, those with the highest macular pigment densities had the best cognitive function; those with the lowest pigment levels had diminished cognitive function (Vishwanathan, et al. Age & Aging. 2014; 43: 271-5).

“Macular degeneration is an excellent model for Alzheimer’s disease,” said Dr. Stringham. “Researchers use it as surrogate for cognitive dysfunction in animal experiments.”

These findings have major public health importance given that roughly 36 million people worldwide are estimated to have dementia, a figure that is predicted to double every 20 years.

The idea that this massive disease burden could be significantly reduced with widely available, relatively inexpensive, and very safe dietary supplements should come as good news, especially given that conventional medicine has little to offer in the way of meaningful therapies for Alzheimer’s and other forms of age-associated dementia.

Dr. Stringham recommends a daily dose of 12 mg lutein plus zeaxanthin combined. “Twelve milligrams is usually sufficient, though you should probably go higher if someone already has significant damage. You can go up to 20-30 mg without any concern.”

People with chronic inflammatory conditions should probably be on the high side of the dosing spectrum because dietary antioxidants will be preferentially shunted toward quelling inflammation, so there will be less available to reach the eyes.

Heavier people with more adipose tissue may also need higher doses than lean people, as they will tend to store these pigments in the adipose tissue.

Supplementation is certainly expedient, but getting people to eat more leafy greens is also important. “It is always preferable to get nutrients from food,” said Dr. Stringham. “Kale is the champion. You can’t get lutein and zeaxanthin from carrots.”