How One Physician Changed Aetna’s Attitudes on Holistic Medicine

A few years ago, it would have been a pipe dream to suggest that a naturopathic physician might have a hand in shifting attitudes—and policies–of one of the nation’s largest health insurers. 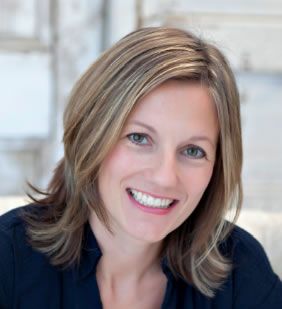 In recent years, Dr. Wilson’s circle of patients has expanded to include several Fortune 500 executives. Mr. Bertolini just happened to be CEO of Aetna, one of the world’s oldest, largest and most profitable health insurance companies.

Ten years prior, Bertolini was involved in a skiing accident that left him in severe pain, disabled, drugged, and completely unable to work.

Though he followed the indications of his conventional physicians, he found no relief from the debilitating neuropathy. He ended up on 7 different medications, that left him still in pain, but unable to think clearly.

Frustrated with conventional care, he began exploring “alternative” medicine, and ultimately found relief through a combination of craniosacral therapy, acupuncture, yoga, and the naturopathic care of Dr. Wilson, author of the recent book, The Stress Remedy.

Her role in helping the injured executive return to work proved to be a major factor in his subsequent advocacy of naturopathic and holistic medicine. The experience was also a catalyst for big changes in Aetna’s insurance plans, including much broader coverage of formerly excluded holistic modalities. 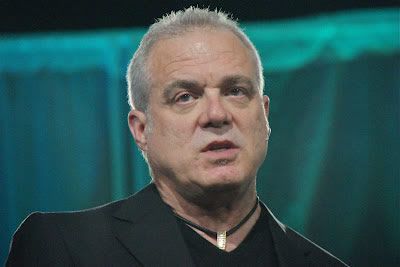 Since his recovery, Mr. Bertolini has become an outspoken advocate for naturopathy, yoga, nutritional interventions and other non-pharma modalities, and he has steadily pushed his company toward a wider embrace of these options for its own employees and for the millions of people covered by Aetna policies.

“This is not “voodoo medicine,” as a lot of allopaths and people in the medical community call it. It is actually very important in getting people productive and back to work. What if we employed this in the workplace?” Mr. Bertolini said in a video interview.

Based on his own experience, he decided to test the impact of viniyoga and mindfulness meditation on the health and productivity of Aetna employees.

Historically, employees in the top quintile for stress had average annual healthcare costs $2,000 higher than those in the lowest quintile. Mr. Bertolini hoped that yoga and meditation might reduce these costs.

He found that employees who opted to participate in a 12-week yoga/mindfulness program had not only dramatic reductions on measures of stress, but significantly reduced annual healthcare costs—to the tune of a mean $3,000 per year. Bertolini estimates that the program gives an 11 to 1 return on investment.

Aetna now provides yoga and mindfulness training as part of its own employee benefits package, and recently introduced it as a standard feature in insurance plans it sells out on the open market.

Dr. Wilson says that while Mr. Bertolini is certainly the most proactive CEO advocate for naturopathic medicine, he is definitely not the only one.

“CEOs get it! They get that optimal health means increased efficiency and improved outcomes, and they are willing to implement what it takes – yoga programs, diet changes – for themselves and others in order to benefit from optimal health on a large scale,” she told Holistic Primary Care.

Speaking of Mr. Bertolini, she said, “He just came into my office, like any normal patient. He was such an easygoing person to talk with, and he really wanted to know what was going on in his body, how he could improve his health.” Based on his level of interest and engagement, she knew he would be able to benefit from a naturopathic approach. It was only after she began working with him that she realized his stature in the corporate world.

CEOs at big companies, she says, tend to think on a very large scale–way beyond themselves. For them, a health issue is not just a health issue: it’s a business issue affecting productivity, profitability, and morale.

Executives like Mr. Bertolini are starting to understand that employees need to become invested in their own health, and according to Dr. Wilson, they’re actively seeking healthier forms of healthcare.

She says she’s never done anything specific to “court” C-level patients. “It’s really just about communicating what we do. The more I write about what I do, the more they find me. They’re looking for it—looking for people who are going to help them be healthy and help their employees be healthy.”

She predicted that the recent shift in CEO thinking will create big opportunities for many clinicians who’ve struggled to survive in the status quo of standard insurance-based medicine.

“When NDs and other holistic practitioners see that specializing in preventive medicine is in high demand within high-performing companies, we will be better able to fill that role,” she told Holistic Primary Care.