Athletes who first tend to their brain health before lifting a single weight tend to perform better than those who head straight for the gym, according to accomplished strength trainer Charles Poliquin.

“Your brain is a reflection of your lifestyle,” Poliquin said at the recent Clinical and Scientific Insights (CASI) conference in San Francisco, where he described his unusual approach to strength training. 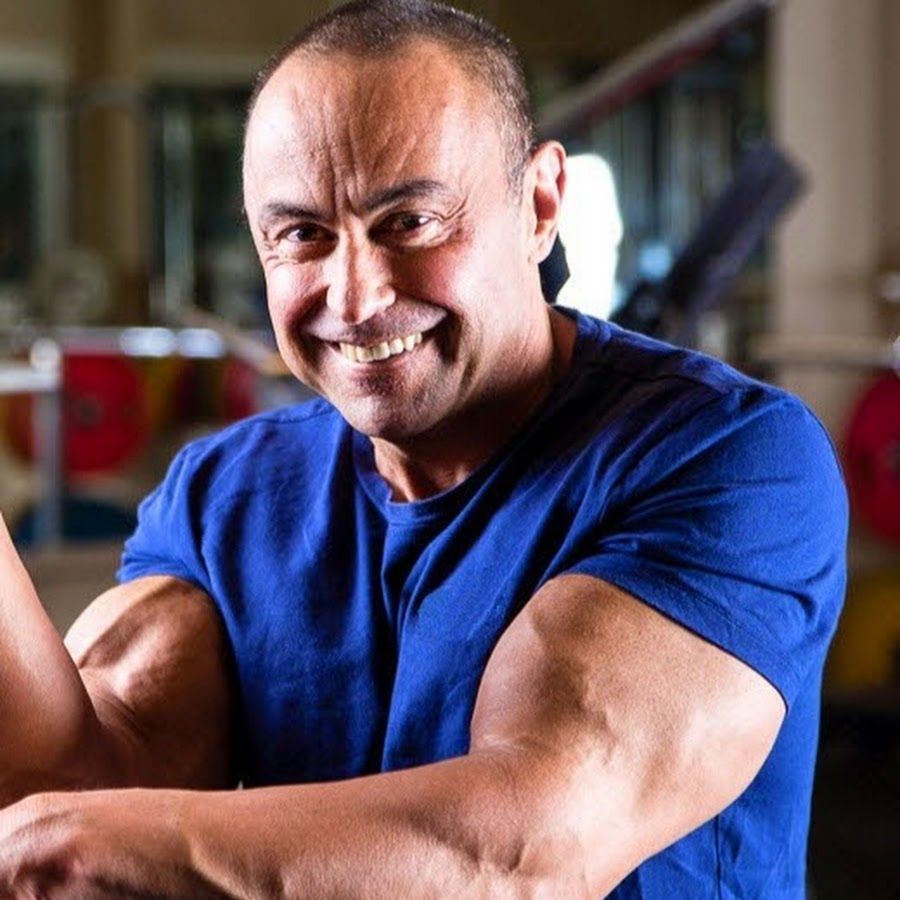 Known as the “Strength Sensei,” Poliquin has coached highly skilled athletes across a wide range of sports– including Olympic medalists he’s trained for more than different 20 events.

He explained that he tailors his athletes’ training protocols to match their individual brain chemistries. Prior to beginning training together, each of his coachees completes a neurotransmitter profile, which Poliquin then uses to inform his customized and personalized workout plans.

Some activities are well-suited to athletes dominant in certain core neurotransmitters, he explained, while other approaches can help bolster the performance of those with neurotransmitter deficiencies.

In the age of prescriptive workout regimens like CrossFit and P90X, Poliquin’s unique and personalized coaching strategy is like the precision medicine of fitness, designed to maximize each athlete’s potential for success in alignment with their distinctive biochemical makeups.

The Pillars of Power

In order to develop a strong body, an athlete must first focus on developing a stronger brain. Brain and nervous system health are the foundation on which Poliquin builds his “pillars of power.” These pillars are: Sleep, Training Drive, Attention Span and Centeredness.

Based on the results of the neurotransmitter assessments, Poliquin crafts training protocols that capitalize on each athlete’s dominant neurotransmitters and enhance the production of those in which they may be deficient. The key, he said, is to assess both the prevailing force and the weakest link in an athlete’s neurotransmitter profile.

Neurotransmitters are vital chemical messengers. Their transient nature, however, makes them difficult to measure. Poliquin uses the Braverman Personality Type Assessment, a widely accepted method of determining neurotransmitter dominance and deficiency to guide his exercise prescriptions. Comprised of a series of true/false questions about an individual’s general affect and lifestyle habits, the test aids in determining an athlete’s “dominant nature.”

Though it’s not a perfect tool, the Braverman test is regarded by many as the best available formula for measuring neurotransmitter levels.

Poliquin developed his unconventional fitness coaching strategy after drawing parallels to his studies of Eastern medicine and herbology. He recognized that traditional Chinese descriptions of the five elements — fire, wood, earth, metal, and water — correlate with the functionality of certain neurotransmitters.

Few athletes fall squarely into one of these categories; rather, they exhibit a blend of neurotransmitter-linked traits. But most will show some degree of dominance of one of these “elements.” A physician or coach who recognizes and understands each individual’s main tendencies can help to foster impressive strength training gains.

Beyond assessing neurotransmitter dominance, the first — and in many cases, the most important — training pillar that Poliquin addresses with his coachees is sleep.

“Sleep is king,” Poliquin said. “If you can’t sleep, you can’t progress” in training efforts.

Sleep fulfills a variety of crucial physiological functions, including the regulation of the endocrine system. Androgens like testosterone influence the organization of circadian rhythms and the timing of sleep, and researchers have linked variations in sleep patterns to diurnal fluctuations in testosterone levels. During puberty, for instance, increasing testosterone levels in the body correlate with later bedtimes (Wittert, G. Curr Opin Endocrin, Diab & Obes. 2014; 21(3): 239–243).

Testosterone also plays key roles in athletic fitness. In men and women alike, low testosterone can contribute to fat gain, low muscle mass, and physical weakness. For those with low testosterone, Poliquin focuses on improving hormone levels through lifestyle and dietary programs. The surest way to increase androgen production, Poliquin said, is to improve the quality and quantity of a person’s sleep. He examines his athletes’ sleep patterns to evaulate how often, how long, and how well they rest.

Describing his recent experience coaching Helen Maroulis, the first female in the United States to win a gold medal in wrestling, he stressed the importance of good sleep.

“When Maroulis first came to me, she had 30% body fat and couldn’t do a single chin up,” said Poliquin. But that bothered him less than Maroulis’ high anxiety levels and her inability to sleep well. Even before establishing a weight lifting routine or a weight loss plan for the hopeful wrestler, “the first thing we needed to fix was her sleeping ability.”

The second pillar of Poliquin’s coaching philosophy is training drive. Some athletes approach their sports with a naturally strong desire to train hard. Likened to the fire type personality in Chinese medicine, these high-energy individuals tend to exhibit signs of high dopamine production.

Fiery dopamine-dominant athletes do not need much encouragement to push themselves. They benefit from high volume, high intensity exercise, but they need frequent variation in their workout routines to prevent the risk of burnout from adjusting too quickly to new regimens.

Dopamine dominance may sound like an ideal trait for a performance athlete, but it can be problematic if dopamine-dominant athletes are also deficient in mood-balancing inhibitory neurotransmitters like serotonin. Their natural tendency is to over-do it on the action, while avoiding restful, relaxing activities that are just as important for physical health and wellbeing.

This underscores the fact that it is really important to consider the full picture of each individual’s neurotransmitter profile.

For athletes with lower training drive, stimulating dopamine production can be a game-changing solution. From a nutritional standpoint, many foods can help boost the body’s production of the “feel good” neurotransmitter.

Sound and music can provide a surprisingly effective complement to diet-related approaches to dopamine stimulation. Researchers have found that music triggers dopamine release by activating the brain’s “reward” pathways, suggesting that listening to music while working out can often provide a natural dopamine upsurge  during training (Salimpoor, V. et al. Nat Neurosci. 2011; 14(2): 257-262).

Poliquin’s third performance pillar is attention span. Acetylcholine is the central neurotransmitter influencing an athlete’s ability to hone his or her attention and remain focused on workout goals.

Like dopamine, acetylcholine is a typically excitatory neurotransmitter. Found in many bodily tissues, particularly at neuromuscular junctions, it acts as a nerve impulse transmitter and causes skeletal muscles to contract.

The fourth area Poliquin addresses with his athletes is their ability to relax. He refers to this pillar as “centered calmness.”

Athletes who struggle with high anxiety or hyperactivity are likely to benefit from approaches that help them relax, Poliquin says. Gamma-aminobutyric acid (GABA) is the key chemical messenger in these cases.

Cultivating the gut microbiome may also enhance GABA production. Beneficial microbes influence health and wellness in a wide range of ways, including mood regulation and fatigue levels, and researchers have found that supplementing with certain probiotics can increase GABA levels. One study showed that a strain of Lactobacillus rhamnosus increased GABA levels in healthy animals under stress, leading to reduced anxiety and depression-like behaviors (Selhub, E. at al. J Physiol Anthropol. 2014; 33(1): 2).

Poliquin also pointed to some nutritional supplements that can enhance GABA production. While GABA supplements are available, they are of limited use since GABA is too large a molecule to cross from the bloodstream into the brain. Using nutrients like taurine and theanine, which activate GABA receptors in the brain and promote GABA formation, are far more effective at raising GABA levels, he said, “but they only work if you reduce inflammation in the gut first.”

Serotonin is another relaxation-promoting neurotransmitter. Serotonin-dominant individuals, who correspond to the “Water” type in Chinese medical theory, generally do not gravitate towards intense athletic activity. Poliquin says he rarely works with athletes in this category. That said, many high-performance athletes who have difficulty winding down are often low in serotonin.

Regardless of an athlete’s dominant neurotransmitter type, Poliquin stresses the importance of clean, healthy eating. He tells all of his athletes that dietary supplements alone are not sufficient performance enhancers, and should never be used as substitutes for real food. Supplements, he noted, can be used as add-ons, but they should only be used once all other lifestyle factors have been addressed.