A more truthful tagline would be, “Live for Gout.”

Sugar-sweetened beverages—SSB’s as they’re known in public health circles—trigger surges in plasma uric acid levels, typically within 30-60 minutes. While these are temporary, people who drink several soft drinks every day are putting themselves at increased risk for gout.

The subjects were asked to drink 355ml and 600ml of commercially sweetened soft drinks. The researchers took blood samples at baseline, and at 30 and 60-minute intervals. They found that one can of SSB contained enough fructose to trigger a transient but measurable increase in circulating uric acid (Carran EL, et al, European Journal Of Clinical Nutrition, 2016, 1034-1038.).

On average, circulating uric acid levels were 23 umol/L higher at 60 minutes following consumption of 600 ml of a fructose-sweetened beverage.

Lead researcher Bernard Venn, of the University of Otago, Dunedin, NZ, believes “there is a dose-response relationship between fructose intake and postprandial hyperuricemia. Consumers of large quantities of SSBs could well put themselves at risk over time, both with the energy contribution and with hyperuricemic responses.”

The recent finding sheds light on an epidemiological link that’s been bubbling for nearly a decade.

Additionally, 43.3 million Americans (21.4%) met sex-specific criteria for hyperuricemia, (serum urate levels above 7.0 mg/dl for men, and above 5.7 mg/dl for women).

Dr. Hyon Choi, a Boston University rheumatologist stated, “Our study aim was to determine if the prevalence of gout and hyperuricemia among US adults has continued to climb in the new millennium.” He concludes that, indeed, it has. And soft drinks definitely play a role.

In an earlier study of 46,393 men with no previous history of gout, Choi and his team found that soft drink consumption directly correlated with increasing gout risk. He bases that on a 12 year prospective follow up during which 755 of the men developed gout.

Compared to those who drank less than one SSB per month, men who consumed 5-6 soft drinks per week had a 29% increased risk for gout over the 12 year period. For those who drank soda every day, the odds were 45% higher. Diet soft drinks did not pose a similar threat (Choi HK, BMJ, 2008, 309-312). 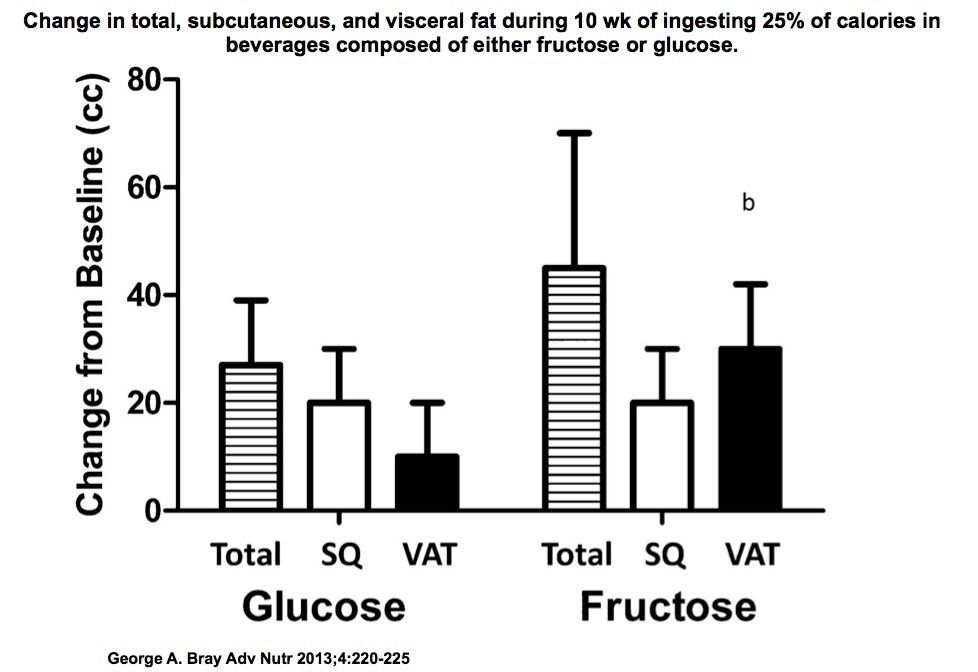 At high concentrations, as in soft drinks, both fructose alone and sucrose (which is 50% fructose) will trigger spikes in triglyceride levels. This effect is primarily due to fructose, and not to glucose (the other half of a sucrose molecule).

Bray also points out that fructose intake enhances lipogenesis and the production of uric acid when it is taken up by the liver. In addition, ATP decreases rapidly as the phosphate is transferred to fructose in a form that makes it easy to convert to lipid precursors.

The American College of Rheumatology recognizes that gout is associated with obesity, hypertension, heart and kidney disease, and diabetes, all of which are driven, in part, by excessive calorie consumption.

As Bray points out, sweetened beverages contribute to obesity through their caloric load. The intake of these beverages does not produce a corresponding reduction in the intake of other food, meaning that sodas are basically “add-on” calories.

Soft drinks are certainly not the only risk factor. Others include:

But sweetened beverages are, arguably, the most modifiable and ubiquitous of the contributors. Statistics on soda consumption are staggering. 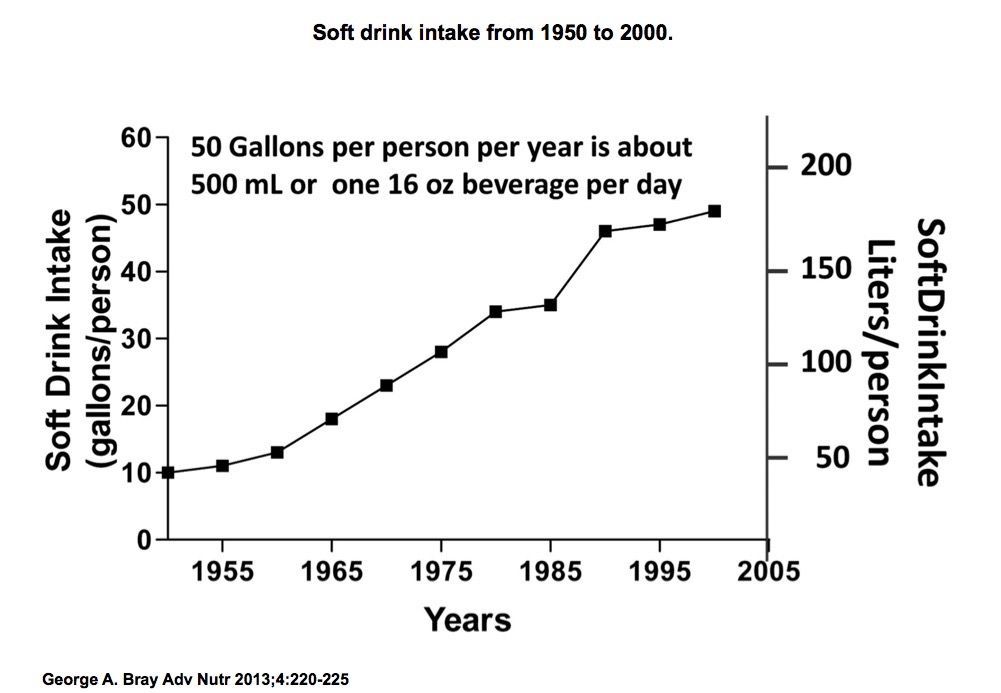 More recently, a January 2017 Data Brief, from the National Center for Health Statistics (NCHS) reports that more than half of all US adults drink at least one SSB every day, with males swigging more calories from sugared beverages than females (Rosinger, 2017, NCHS 270, 2-7).

The sad truth is that SSBs represent the largest single source of calories in the American diet. In light of their potential to raise uric acid, we should not be surprised that an ever-growing number of patients are wincing their way to our practices complaining of gout symptoms.

It’s important that we teach patients about the connection between soda and gout. Next time they see a poster at the convenience store urging them to “unleash the beast,” they’ll realize they’re really being lured to “unleash the pain.”

Megan Copeland is a massage therapist and holds a Master’s degree in Clinical Nutrition and Integrative Health. Currently, she homeschools her three children and is starting her own functional nutrition practice in Maryland.