From a young age, Americans are taught that milk is an essential component of a healthy, well-rounded diet. But new research on the long-term health effects of drinking dairy questions some age-old assumptions about milk’s protective benefits. 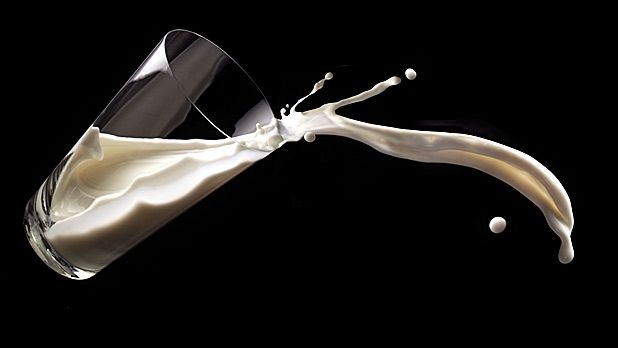 A study published last fall in the British Medical Journal found a positive association between high milk intake and increased fracture incidence among women, contradicting the common understanding that dairy consumption reduces the risk of osteoporotic fractures. The study also revealed a correlation between significant milk consumption and higher mortality among both men and women.

Women who drank three or more glasses of milk per day were found to die at nearly twice the rate of those who drank less than one glass a day, with an adjusted mortality hazard ratio of 1.93 (95% confidence interval 1.80 to 2.06).

The authors also concluded that higher milk consumption did not appear to reduce fracture risk either among women or men.

They attribute this finding to the presence of the monosaccharide sugar D-galactose in dairy products. Milk is the primary dietary source of galactose, and consuming it either by injection or in the diet, the study notes, is an “established animal model of aging by induction of oxidative stress and inflammation.”

The Swedish study is just one recent example of the conflicting data on milk’s purported health benefits.

Milk is praised for its broad nutrient profile, which includes protein, carbohydrates, and – in some milk types – fat. It’s also a convenient source of many essential vitamins and minerals, including phosphorus, potassium, calcium, and vitamin D.

Adequate calcium and vitamin D intake play key roles in bone growth and strength throughout all stages of development. Some researchers have argued that a focus on bone disease prevention should begin prenatally, promoting the maintenance of healthy calcium and vitamin D levels during early childhood in order to “maximize peak bone mass and to prevent osteoporosis-related bone disease in adulthood” (Sopher et al. Cur Op Endo, Diab & Ob. 2015; 22(1): 35-40).

While a significant body of research supports the notion that milk helps to promote bone growth and prevent osteoporotic fractures, it’s also been shown that fracture rates among the elderly are significantly higher in countries with high calcium intake and high mean bone mineral density (BMD) than in countries with lower calcium intake and a low mean BMD (Klompmaker, TR. Med Hyp. 2005; 65(3): 552-558).

In the US, the USDA recommends consuming two to three cups of dairy products per day, depending on one’s age.

Milk and other dairy items have become many Americans’ go-to source of calcium. From ubiquitous school cafeteria milk cartons to the FDA’s former food pyramid and newer My Plate nutrition models, children and adults alike learn that milk is a necessary component of a well-balanced diet.

But what’s often left out of the dominant conversation about milk is the fact that it’s simply not good for everyone.

At birth, most people can readily digest lactose, the primary carbohydrate found in milk and an important source of nutrition during infancy. However, in most mammals, including humans,the natural production of lactase – the enzyme responsible for lactose digestion – decreases after weaning.

Some humans do continue to produce lactase into adulthood, a trait known as lactase persistence. But we haven’t always possessed the ability to digest lactose as adults; rather, it’s an adaptation we’ve developed in response to our ongoing consumption of non-human milk beyond infancy (Gerbault et al. Philos Trans R Soc Lond B Biol Sci. 2011; 366(1566): 863–877).

Lactase persistence is a relatively rare trait. An estimated 75% of the world’s population eventually loses the ability to digest milk sugar and becomes lactose intolerant at some point in life (Mattar et al. Clin Exp Gast. 2012; 5: 113–121). Rates of lactose intolerance are even higher in countries with minimal milk intake.

Notably, humans are the only species that routinely consumes milk produced by other animals. This curious fact, alongside the striking number of lactose intolerant adults, raises important questions about why we eat and drink so much dairy.

Calcium intake is certainly one motivating factor. But a long list of non-dairy calcium-rich foods reveals many other sources of this essential nutrient. Among them are green peas, chickpeas, quinoa, sesame seeds, oranges and fortified orange juice, and soybeans and other soy products such as tofu. Additionally, leafy green vegetables like kale, spinach, and collard, mustard, and beet greens are high in calcium. One cup of raw kale contains approximately 90 mg of calcium; a 3.5 cup of kale salad exceeds the amount of calcium – 300 mg – found in one cup of milk.

If dairy is required to achieve adequate nutrition, some food items may offer better choices than others. The Swedish milk study found that a high intake of fermented milk products – such as yogurt and soured milk and cheese – was actually associated with lower rates of bone fracture and mortality.

Beyond dietary considerations, many forms of exercise and healthy activity are known to support healthy bone growth and fracture prevention. Those at risk of osteoporosis should have their bone mineral density tested regularly and take efforts to reduce the risk of falls in the home. Physical activity, especially weight-bearing exercise, also helps to build and strengthen bones. Additionally, exposure to naural sunlight promotes vitamin D production and calcium absorption.

Drinking milk does not appear to be the most healthful approach to osteoporosis prevention.