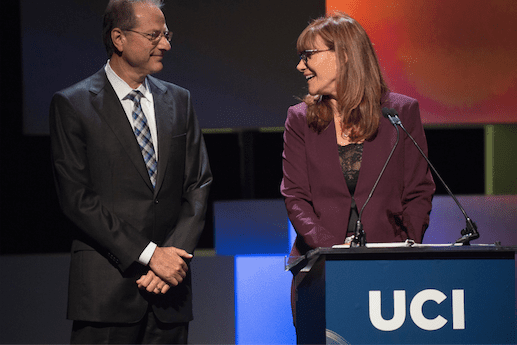 Just months after closing the pioneering DC-based institute that bore their name, philanthropists Henry and Susan Samueli have granted $200 million to the University of California Irvine to build a new College of Health Sciences committed to holistic research, training and practice.

“The human body is a very complex and highly interconnected system. Therefore our healthcare needs to be looked at through a more holistic lens,” said Henry Samueli in a statement announcing the endowment. “Our genetics, our surrounding environment, our nutrition, our physical activity and our mental state all play critical roles in our wellbeing.”

An engineer and entrepreneur who built a major fortune in the early days of the semiconductor revolution, Samueli and his wife—both graduates of UC-Irvine–have a longstanding personal interest in non-pharma alternatives for preventing and treating disease, and supporting health.

The Samuelis have been among strongest and most consistent philanthropists in the field, establishing the Susan Samueli Center for Integrative Medicine at UC-Irvine in 2001. That same year, they funded the Samueli Institute. Based in Virginia just outside DC, that organization supported research on non-conventional therapies and formulated public policy aimed at bringing holistic medicine into the nation’s hospitals, military healthcare, and corporate settings.

The Samueli Institute formally terminated operations at the beginning of this year. But that closure might have been simply a herald for the massive new project at UC-Irvine.

The endowment earmarks $50 million for construction of a new building to house the College of Health Sciences, $5 million for advanced lab facilities, and $145 million to hire up to 15 faculty chair positions across the health sciences, and to fund scholarships. The existing integrative medicine center—soon to be renamed the Susan Samueli Integrative Health Institute–will be expanded to increase its patient care and research capacities.

The Samuelis’ gift is the 7th largest ever made to a public university system, according to the Los Angeles Times. The family had previously funded a school of engineering at their alma mater.

In a statement issued by the university, chancellor Howard Gillman says the new College of Health Sciences will be the nation’s first university-based health science enterprise to incorporate integrative health research, teaching, and patient care across its schools and programs. “ The gift catalyzes UCI’s belief that human health and well-being require a science-based approach that engages all disciplines in caring for the whole person and total community.”

But the project has already generated vehement criticism from opponents of integrative medicine who see the endeavor as anything but science-based.

“This is ultimately a very bad thing,” says Dr. Steven Novella, a Yale neurologist who is lead editor of the Science-Based Medicine blog. In an interview with biotech-friendly STATnews, Novella said the UCI project puts, “the imprimatur of a university on things that have been discarded as medical fraud for 50 years.”

He sees the university’s acceptance of the Samuelis’ gift as “a massive failure of academia,” and likened it to establishing a center for astrology in a university’s astronomy department.

In a staggering display of circular, self-referential reasoning Novella states: “You have to ask what are they integrating? Are they integrating things that don’t work? If it worked, we wouldn’t need to integrate it — it would already be part of the system.”

Novella, and other skeptics view any modality that does not fit the reductionistic, mechanistic model of the universe as inherently non-scientific. Consequently, any attempt to do research that might prove otherwise is misguided folly at best, fraudulent at worst.

The Samuelis have made no secret of their personal interests in things like homeopathy, the placebo effect, and the potential of mind to influence health—phenomena which have been largely dismissed by mainstream medical institutions because they cannot be explained in reductionistic terms and do not fit allopathic practice models.

In a sense, this is the old “mechanism vs vitalism” argument of the 18th and 19th centuries, but writ large and turbocharged by a $200 million treasure chest.

Howard Federoff, MD, PhD, an internist who is CEO of UCI’s entire health system, is sensitive to the criticism. He insists that the new College will 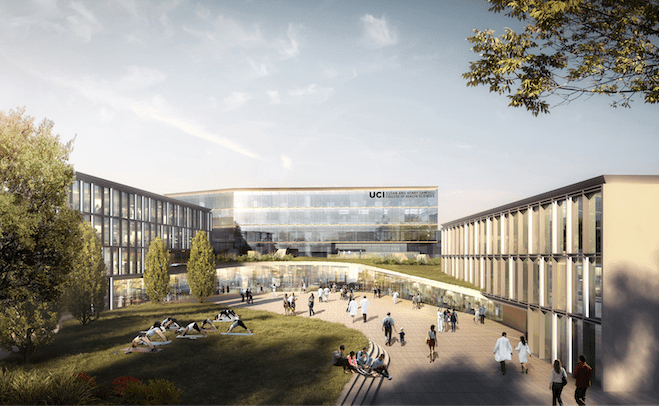 adhere to the highest standards of scientific research, that clinical practice at the center will be guided by evidence, that non-proven or risky therapies will be dismissed, and that the Samuelis will not have any direct influence on day-to-day medical practice or training.

Once established, the new college at UCI will likely play a profound role in shaping the future of holistic and integrative medicine, which the Samuelis believe should be center stage in American healthcare, rather than marginalized. They hope that UCI research will contribute to a strong evidence base that will ultimately convince healthcare payors to support a wide range of less invasive but effective holistic therapies.

“Susan and I have supported healthcare research for nearly 20 years, and over that time, we have seen a significant expansion of the scientific evidence demonstrating the value and efficacy of integrative health,” said Henry Samueli. “We are very excited for the UCI College of Health Sciences to become a national model for integrative health. We believe this model will eventually become the standard approach for promoting health and well-being in our society.”

The Samueli-UCI project is not the only major investment in holistic medicine to emerge lately. Earlier this week, the National Institutes of Health announced the release of $14 million in funding for a study of non-pharm treatments of low back pain led by a research consortium based at the University of Minnesota’s Earl E. Bakken Center for Spirituality & Healing.

As reported by John Weeks in Integrative Practitioner, the Bakken center will receive $12.2 million, with the remaining $2.8 million going to a data management center at the University of Washington.

The grant will support a trial called Spinal Manipulation and Patient Self-Management for Preventing Acute to Chronic Back Pain (PACBACK).

Mary Jo Kreizer, PhD, RN, who founded and directs the Bakken Center, says PACBACK, “is designed to test whether early treatment in the acute phase with spinal manipulation or self-management vs usual care can prevent the condition from becoming chronic.”

Given that chronic back pain is one of the main factors fueling the demand for opioids and other potentially dangerous pain medications, the study has great public health significance.

It is also notable in that the research consortium includes a number of prominent chiropractors, and chiropractic—often viewed with great skepticism by mainstream medical researchers–will be among the modalities studied.