In an effort to improve the wellbeing of active duty personnel and returning veterans, the three branches of the armed forces and the Department of Veterans Affairs (VA) have made a firm commitment to the integration of holistic modalities into military medicine.

Two years ago, representatives of the Army, Navy, Air Force, and the VA convened a Pain Management Task Force to address the glaring unmet need for better, more holistic pain management in the armed forces. The Task Force’s 2010 report, calling for greater use of non-pharmacologic therapies, formed the basis for the Army’s recently established Pain Management Campaign Plan, headed by Col. Kevin Galloway.

“Why does the Army need a special pain management task force? Because we don’t manage pain

very well, plain and simple. We need to do a better job,” said Col. Galloway. “Troops are diverting their meds to each other. Up to 35% of soldiers wounded in action become addicted to drugs, prescription or otherwise.”

There needs to be a shift in the entire objective of pain management, he said. “If pain is “controlled” but the person is non-functional and sleeping on the couch all day, we’re really not doing our jobs very well. I want to have intelligent conversations about something more than just medications.”

According to Col. Galloway, the “H” word is no longer forbidden in military medical culture. “General Fridovich (Lt. General David Fridovich, US Special Forces Operations Command) is now using the word “holistic”….It’s OK to say it. He tasked us to create a comprehensive pain management strategy. This is a big deal.” 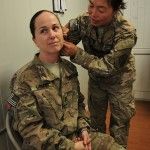 The Pain Management Task Force has been working closely with the Bravewell Collaborative—the nation’s leading integrative medicine philanthropy– to develop interdisciplinary centers within the armed services where various types of heathcare practitioners work together and learn from each other. “We use all the drugs, and pumps and standard conventional pain care techniques, but we’re bringing in acupuncture, yoga, meditation, stress management, biofeedback.”

“This is a unique, historic moment to capitalize on what we know works to effectively treat pain,” said Army Surgeon General Lt. Gen. Eric B. Schoomaker, MD, PhD. “It marks the beginning of a cultural shift in how health care is practiced in the military.”

A soldier wounded in action in Iraq can be evacuated back to the US and admitted into one of the nation’s top tertiary care centers within 72 hours, and odds are very good that he or she will live to tell the tale. “Less than 5% of all wounded soldiers are dying of their wounds. That’s unprecedented in military history,” said Col. Galloway, praising the major advances in protective technology, the skill and know-how of military medical personnel, and the wonders of modern transportation.

Yet, once out of acute danger, many veterans end up in dire physical and mental health. In addition to the addiction problems, and the unresolved debilitating pain, the risk of depression and suicide is far higher among vets returning from Iraq and Afghanistan than in the general population, according to the US Army’s Inspector General. “Military leadership is agonizing about this,” said Col. Galloway.

There are a lot of “minor” injuries associated with military life that can cause a lot of long-term pain problems. Wear and tear on the body is very intense in active duty, even among personnel not directly involved in shooting battles. “Soldiers experience a lot of back pain, joint and musculoskeletal injuries,” explained Col. Galloway, at a gathering celebrating the Bravewell Collaborative’s efforts. “The wounded warriors and amputees get a lot of attention. But there are a lot of day-to-day injuries that are less dramatic, but still debilitating.

Shortly after the launch of the Pain Management Task Force, the VA established a new Office of 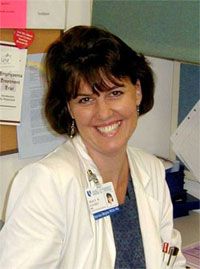 Patient Centered Care and Cultural Transformation, headed by Tracy Gaudet, MD. The goal? A fundamental shift from a disease-based, problem-oriented mode of practice to one that considers the total health of each veteran.

“The current shift is from problem-based disease care, to person-centered health care. The whole “chief complaint” mentality, the”history of present illness” idea leads to problem based systems of care. We make lists of problems, and then treatment plans to address the problems. We start from the disease, and we forget about the person. We start from the wrong place, so of course the system is failing,” Dr. Gaudet said.

This does not mean that the VA is abandoning acute care. “We need to have good disease care, but we also have to add a focus on good wellbeing care. Medicine only works if you find out what matters to the people you are taking care of. This is the centerpiece of transformation.”

Dr. Gaudet’s presence at the VA, and indeed the Department’s newfound focus on wellness, has significant implications for the holistic medicine movement, simply because of the size and scope of the VA, the largest healthcare system in the country.

“In 2010, we treated over 6 million veterans. It’s a huge system, comprised of 152 hospitals, 965 outpatient clinics, 133 community living facilities, and 1,624 points of care,” said Dr. Gaudet at the Bravewell meeting. There’s tremendous potential to touch a lot of lives with effective, non-pharma therapeutic approaches.

“We have some very unique opportunities in working with veterans. They are mission-driven, they understand the need for plans, they respect good training and they’re very team-oriented. I’ve never seen a culture so grounded in team support,” she said. “Our goal is to help them be mission-ready for their lives!”

Col. Galloway stressed that the need for better pain management and a more holistic approach to healthcare extends far beyond the armed forces. “This is not just a ‘military’ problem. The military is a subset of the society at large, and the society has these problems. The big difference is that in the military we have Generals who can say, “Go do this!””