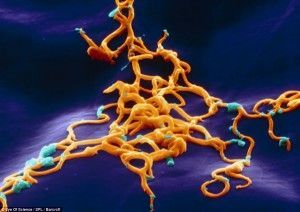 A new test that measures T-cell response to antigens from Borrelia burgdorferi has the potential to vastly improve Lyme disease diagnosis—especially in the early phases.

The iSpot Lyme test is far more sensitive and specific than the standard Western Blot, which despite it’s limitations, remains a cornerstone of the CDC’s recommended diagnostic work-up. Physicians using the new test, developed by Pharmasan Labs and introduced earlier this year by NeuroScience Inc, are calling it a game-changer.

“We have been struggling for decades with diagnostics that are not very reliable. There’s a big burden of morbidity with untreated Lyme out there, and we as physicians need to be concerned with reducing the false negative rate,” says Keith Berndtson, MD, director of Park Ridge Multimed, an integrative clinic in the Chicago area.

Dr. Berndtson has been using the new test since it became available.

“The false-negative rate for Western blot in early phase of the disease—say 2-6 weeks after a tick bite–is as high as 80%. Later on, after 6 or more weeks, it is still in the range of 30-70%, with an average of about 50%. So that’s a lot of missed diagnoses,” he told Holistic Primary Care.

Western blot also has a false-positive rate of about 30%, about five times higher than that of iSpot Lyme. The false-negative rate for iSpot Lyme is about 16% and the false-positive rate is 6%. The sensitivity of iSpot Lyme is estimated at 84%, and the specificity is 94% (Lehmann PV, Zhang, W. Unique Strengths of ELISPOT for T Cell Diagnostics. In:  Kalyuzhny AE. Handbook of ELISPOT: Methods and Protocols, Methods in Molecular Biology, vol. 792. 2nd Ed: Springer; 2012: 3-23).

The new test measures IFN-γ secretion from T-cells in response to four specific antigens on the surface of B. burgdorferi: Dbpa, OspC, p100, and VlsE-1.

Simply put, if someone has been previously exposed to B. burgdorferi, his or her circulating T-cells will release a lot of IFN-γ when re-exposed to these antigens. If someone’s immune system has never encountered this pathogen, there will be no significant IFN-γ when T-cells are challenged with the Borrelia antigens. The test reflects both the magnitude and the quality of the T-cell response (Dressler F, et al. Ann Internal Med. 1991. 115:533-539. Forsberg P, et al. Clin Exp Immunol. 1995; 101:453-460).

Dr. Berndtson explained that 3 of the 4 test antigens are more detectable in the immediate post-exposure phase (within 6 months of a tick-bite), but the test’s designers deliberately included a fourth antigen that is more detectable in later phases.

The test was developed by Chenggang Jin, MD, PhD, Director of Immunology at Pharmasan Labs.

The iSpot Lyme method takes advantage of the fact that a T-cell response to a pathogen like Borrelia occurs faster—typically within 2 weeks—than the humoral antibody responses measured by Western blot and ELISA. The latter can take as long as 4-6 weeks to develop.

“The effector and memory T-cells are part of the early cellular response to a pathogen like Borrelia. This test is a game-changer in the acute phase because we can get a more accurate answer sooner,” says Dr. Berndtson. With a disease like Lyme, “time is of essence.”

An internist who practices at Dr. Mark Hyman’s UltraWellness Center in Lenox, MA—in the heart of “Lyme Country”—Dr. LePine says since the advent of this new test, he rarely uses the conventional two-step test.

“The iSpot gives a much more accurate diagnosis. Lyme can present as almost any kind of symptom. It can look like rheumatoid arthritis, autoimmune diseases, chronic fatigue, mixed connective tissue disease, scleroderma—even cognitive dysfunction. With conventional testing, you’re wrong more than half the time.”

He added that, “I think once doctors start having clinical experience with iSpot, it could very well replace the two-step method.”

Dr. LePine described a case involving a women who was markedly depressed and resistant to all forms of antidepressant therapy. “You name it, she’d tried it. Nothing worked.” By the time she’d come to him, she was nearly suicidal.

Depression was the “chief complaint,” but she also had chronic fatigue. However, there were none of the “classic” dermatologic or skeletal symptoms suggestive of Lyme.

“She was at wit’s end,” said Dr. LePine adding that he, too, was pretty well frustrated.” Not really knowing what to do next, he started asking her more detailed questions about how she was living, and what she liked to do before she became so depressed. It turned out that she used to do a lot of hiking and camping. That immediately set off Dr. LePine’s Lyme disease alarm, so he ran the iSpot test. The results were very definitely positive.

In this case, the test helped him find a rational treatment course for someone who’d already bounced around among many doctors without finding relief. He’s had a number of cases like this, in which iSpot Lyme opened up a new treatment direction for patients with long-standing, chronic, multi-system, non-responsive disorders.

As with any test, however,  iSpot Lyme needs to be viewed in the broader clinical picture of a given case. “No single Lyme test is enough to confidently hang your diagnostic hat on,” Dr. LePine said. But in his view, this new test is hands and shoulders above the older testing methods.

Dr. Berndtson emphasized the importance of getting a thorough history: Was there a tick bite? Did the patient pull the tick off? Was it bloated? Was there a tell-tale rash? “The problem is that 60%-70% of the times, patients have no memory of a bite or rash. If symptom patterns are suggestive of Lyme, it makes sense to test.”

Lyme Going to the Dogs

Dr. Berndtson says he is much less concerned with geography—where a patient grew up, has lived, has traveled—than he used to be. That’s because the distribution of Borrelia—and the ticks that carry it—has changed dramatically. This is definitely not an East Coast phenomenon anymore. 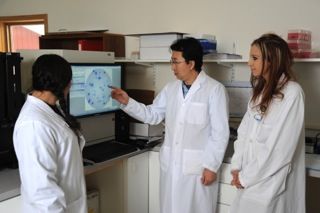 “The Lyme pathogen has expanded its territory. We’ve got Lone Star ticks here in Illinois now, and they’re moving north. We know they’ve been identified in southwestern Wisconsin already. At the same time, we’re finding out that dog ticks here in the Midwest can transmit Ehrlichia and Anaplasma—two pathogens also associated with Lyme.” Dog ticks may soon be vectors for Borrelia itself.

“I was talking to a Lyme doctor in Wisconsin with a patient who’d pulled off a dog tick, sent it to a lab, and they found B. burgdorferi. It’s changing the way we think about things.” He added that Canadian researchers have documented that migrating songbirds and waterfowl can transmit ticks to new locations.

The new test is not a replacement for Western blot—at least not yet. But Dr. Berndtson—who has no financial relationship with Pharmasan or NeurosScience–believes it will become an important part of the diagnostic equation.

He described three main clinical situations in which iSpot Lyme has been a big help:

• Immediately Following a Tick Bite: When someone comes in frightened because they were bitten, the test returns a reliable result much more quickly, which gives both patient and physician greater peace of mind. “It’s 2 weeks versus 4-6 weeks. When you’re worried, 4 weeks is a long time.”

• In Cases Suggestive of “Chronic” Lyme: Though there’s still debate, a growing consensus of physicians and researchers share the view that Lyme disease can persist for years, and that symptom patterns and the serology change over time. Though B. burgdorferi is the main culprit, there are other co-pathogens, all of which are good at sequestering in tissues and hiding from the immune system. The iSpot Lyme test is useful when patients have longstanding non-specific symptoms not attributable to other causes. In effect, it lets you know whether Lyme should be in the differential diagnosis.

• Distinguishing True Lyme From Vaccine Exposure: Only a small percentage of Americans opted to get the Lyme vaccine offered in the late 1990s. But they are out there. If such a patient does present with suggestive symptoms, the workup is complicated because the standard 2-Step approach (Western blot plus ELISA) will come back positive. Until now, there was no easy way to tell if this is because of the vaccine or an actual pathogenic exposure. Because iSpot Lyme tests T-cell response to specific Borrelia antigens not found in the vaccine, the distinction is now easy to see.

Dr. Berndtson believes iSpot Lyme can help clinicians get ahead of the curve on a disorder that is rapidly changing.

“Borrelia has multiple mechanisms for avoiding the immune system. It has capacities to duck out of circulation into tissue sanctuaries where it’s not as exposed.” It may, in fact, be able to “play dead” following barrages of antibiotics, only to “revive” when the situation becomes more favorable.

He described a series of landmark studies Monica Embers, PhD, a bacteriologist at Tulane, who treated Borrelia-infected Rhesus macaques with heavy doses of ceftriaxone and docycycline to the point where the pathogen could no longer be cultured from the monkeys’ blood. She then exposed the monkeys to “sterile” ticks that did not harbor Borrelia. After feeding on the monkeys’ blood, these ticks were found to contain B. burgdorferi—the precise strain that had been “eradicated” by the antibiotics (Embers ME et al. PLoS ONE. 2012; 7(1): e29914).

An NIH-sponsored study is already underway to determine if a similar phenomenon happens in humans.

Dr. Berndtson described a “cesspool of tick-borne infections out there—polymicrobial, polyphasic infections that don’t behave like the classic “planktonic” acute infections we learned about in medical school.” Reliance on inadequate diagnostic tests like Western blot and ELISA has not made it easy for physicians to respond appropriately.

According to Dr. LePine, Lyme is a “3-D, technicolor disease in black & white medical world.” Many clinicans–and certainly most patients–tend to think about disease in simplistic, linear ways. Borrelia, and its cadre of tick-borne co-pathoges are anything but linear in their behavior. The workup and treatment of people with these tick-borne pathogens are inherently complicated, but he believes the emergence of this new T-cell test can cut through at least some of the confusion, and hopefully lead to better treatment.

Dr. Berndtson agreed:”We’re under-treating some people and over-treating others. We want to help people get healthy with as little use of antibiotics as possible.” The iSpot Lyme test, he says, is a major step in the right direction.”