For the first time in nearly 30 years, the Food & Drug Administration is actively considering the possibility of revising how homeopathic medications are regulated.

Last week, the agency’s Center for Drug Evaluation & Research held a two-day “information-seeking” public hearing on the use of homeopathic products, in preparation for a reevaluation of the regulatory framework governing the manufacture and marketing of these increasingly popular remedies. 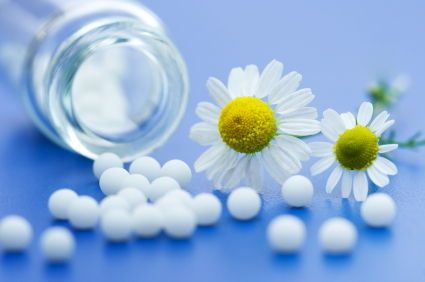 A panel of nine FDA officials, including lawyers, a pediatric ethicist, and the director of the agency’s OTC drugs division, heard testimony from 45 people, including some of the nation’s leading advocates of homeopathy such as Alison Teitelbaum, director of the National Center for Homeopathy, Bruce Shelton, MD, PhD, of the Arizona Homeopathic & Integrative Medical Association, and J.P. Borneman, of the Homeopathic Pharmacopoeia Convention of the US.

Some of the discipline’s most vehement detractors—including Yale neurologist, Dr. Steven Novella–see the current hearings as a welcome first step toward curtailment of what they view as a worthless and pseudoscientific practice.

Since the late 1930s, when the FDA was initially formed, the agency has viewed homeopathic drugs as a category distinct from both pharmaceutical drugs and dietary supplements.

FDA does not currently require safety reviews for the manufacture or sale of homeopathic medicines. Since 1988, any “drug products” labeled as homeopathic have been able to be sold and manufactured without FDA approval, based on manufacturer adherence to the Compliance Policy Guide (CPG) published in the Federal Record that year.

Homeopathy’s detractors say these standards are too lax to ensure public safety, and some people who are sympathetic to homeopathy in principle are in agreement that the existing standards leave a lot of room for questionable manufacturing practice.

Some homeopaths cite the fact under the existing regulatory framework, unethical companies are able to market “homeopathics” that are not produced in accordance with the principles of homeopathy and containing potentially dangerous, undisclosed pharmaceutical or synthetic ingredients.

FDA has been deliberately vague about what sort of regulatory revisions might be under consideration, other than to say that the agency is, “Seeking to obtain information and comments from stakeholders about the current use of human drug and biological products labeled as homeopathic, as well as the Agency’s regulatory framework for such products.”

In an article on Bloomberg.com titled, FDA Might Finally Crack Down on Homeopathy, FDA’s Cynthia Schnedar, who chaired the hearing, is quoted as saying, “We’ve seen a huge expansion of the market and we’ve also seen some emerging safety and quality issues.”

Schnedar noted the agency was trying to determine whether consumers have “adequate information to make informed decisions” about homeopathic remedies.

The FDA says the hearings were not intended as a forum for debating the efficacy of homeopathy, or the right of practitioners to utilize the modality. Likewise the hearings were not intended as prelude to categorically prohibiting the retail sale of homeopathic remedies. The focus, according to the agency, is on regulations and labeling requirements for OTC homeopathic products.

Those reassurances are little comfort to some homeopaths, including Dr. Shelton, whose own personal and clinical experience made him an ardent advocate.

“This could reverse a 75 year history that has helped make homeopathy as respected and as popular as it has become,” Shelton notes on a post to the Arizona Naturopathic Medical Association’s website. He is concerned that if the FDA opts to apply pharmaceutical-style regulations, it would all but eliminate free public access to OTC homeopathic remedies

Though these initial hearings in and of themselves may be insignificant, they are taking place in the context of increased scrutiny—some would say overt hostility—toward all non-pharma products, as exemplified by the recent actions against botanicals by the New York Attorney General, and the letter from 14 state AGs calling on Congress to increase regulatory stringency on supplements.

It remains to be seen what will come out of the FDA’s homeopathy review. Holistic Primary Care will be following the developments closely.