Back in the late 1890s, James Tyler Kent, a forefather of American homeopathy described the nature of someone suffering from aluminum toxicity as follows: “There is confusion of mind, a confusion of ideas and thoughts…The consciousness of his personal identity is confused…he is in a dazed condition of mind…Confusion and obscuration of the intellect.”

Kent might very well have been describing an elderly person in the throes of Alzheimer’s disease—or an adolescent who, today, would receive a diagnosis of autism or one of the related “spectrum” disorder. 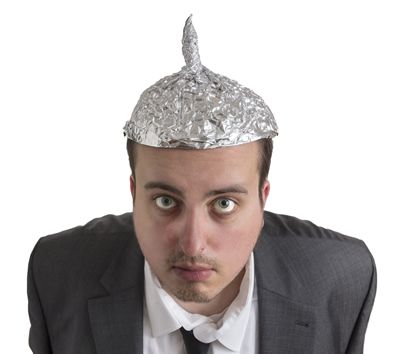 There’s a reason for that: in high-enough concentrations, aluminum becomes neurotoxic. Next to bauxite miners, factory workers, and people who live in highly polluted industrial areas, children and elderly people are the populations at greatest risk of exposure to potentially harmful levels, says Jared Skowron, ND, a naturopathic physician in Wallingford, CT.

“Aluminum is the 3rd most abundant mineral on earth. It is literally all over the place, in small amounts. It is in the soil, in the air, in the water, in the foods we eat. Our bodies have adjusted to it in natural forms and its natural distribution. But when you extract it from the earth, concentrate it, and make it into things to which we have constant daily exposure, it can create problems,” he said at the 10th annual meeting of the New York Association of Naturopathic Physicians.

Oral intake of 330 mg/kg/day or more results in decreased myelination of nerves in experimental animals, and even 230 mg/kg/day is enough to cause neurological damage, said Dr. Skowron. Bearing in mind the caveats that go along with drawing human conclusions from animal toxicity studies, the point here is that humans living a modern lifestyle can very easily reach these daily dose levels.

In modern industrialized countries, aluminum is found in a very wide range of consumer products: processed foods, baked goods, grains, and dairy products as well as deodorants and antiperspirants, cosmetics, personal care products and over the counter medications like antacids and buffered aspirin.

The latter two are among the main reasons that elderly people are at elevated risk of accumulating neurotoxic levels. Many elders are taking aluminum-containing aspirin tablets every day to help reduce cardiovascular risk. Many also take antacids, which typically contain 300-600 mg of aluminum hydroxide.

To put it into perspective, a typical sample of pond or lake water in the US will contain less than 0.1 mg/L of naturally occurring aluminum. The average adult not taking any aluminum-containing drugs ingests roughly 10 mg per day from food and water.

Someone who is taking a buffered aspirin and an antacid is getting between 840 and 5,000 mg of aluminum-containing compounds per day.

The rate of absorption of aluminum via the GI tract is relatively low, and true symptomatic aluminum poisoning is rare. Absorption ranges from around 0.01% for aluminum hydroxide to roughly 5% for aluminum citrate. Most aluminum ingested from food, water and drugs is excreted out in feces and urine.

The problem is that neurons are very good at absorbing whatever aluminum does make it into the bloodstream. Essentially, they’re aluminum sponges. And unlike other types of cells that absorb aluminum, which die quickly and get replaced, aluminum-damaged neurons are not. The result over time is a gradual destruction of neural tissue.

Dr. Skowron noted that people on kidney dialysis who regularly take aluminum-containing antacids develop Alzheimer’s very quickly. Why? Because they can’t excrete the aluminum via the kidneys. This is a known phenomenon among renal specialists–they’ve named it “dialysis encephalopathy” or some other euphemism, but essentially it is aluminum-induced dementia.

Bone also absorbs aluminum fairly easily. This blocks the incorporation of other minerals into the bone matrix contributing to osteoporosis, a double-whammy for elders, and one that’s compounded by the fact that generally, as people age the ability to eliminate toxins like aluminum tend to decline.

The so-called vaccine wars, which flared up once again this year, represent one of the most contentious issues in primary care, one that typically defaults to heated emotions on both sides.

Lost in much of the rhetoric are some subtle but important facts that have bearing on the question of why most children tolerate vaccines without problems while in others the same vaccines trigger unexpected problems.

Dr. Skowron, who is author of Fundamentals of Naturopathic Pediatrics, and 100 Natural Remedies for Your Child, is a long-time veteran of the vaccine debates. He says it’s important to recognize that a big question about vaccines is not so much the principle behind immunization as the fact that most vaccines contain aluminum.

The amounts are small, typically less than 0.85 mg of aluminum per dose. But he stressed that while they are well below “safe” levels for adult weights, they approach potentially toxic doses for babies. It’s also important to keep in mind that babies and small children are metabolically very different from adults. They’re not just small versions of grownups.

Following a typical injection, 59% of the aluminum content is excreted within the first five days, but 25% may be retained long term. In some children, the aluminum may have a 10-year half-life.

Why do manufacturers put aluminum in vaccines? It “glues” the antigens together so the bolus will stay in the skin or muscle for longer periods and therefore generate greater immune responses as the B-cells keep hitting the vaccine material to create more and more antibodies, Dr. Skowron explained.

Assuming that each shot contains between 0.2 and 1.0 mg/kg of aluminum, a 12-pound baby getting the typical array of “required” vaccines, is getting up to 5 mg/kg directly injected. Not every infant can handle that.

Some children with compromised excretory function may build up toxic levels of aluminum fairly quickly. Dr. Skowron referred to the case of a two year old boy in whom aluminum was by far the most prevalent mineral in the blood.

Keep in mind that in infants, the blood-brain barrier is not fully developed, and that the aluminum an infant gets from vaccines is on top of that which she ingests from breast milk (there is evidence that aluminum does pass into mother’s milk), soy or dairy formulas, and various food sources. In some cases, the cumulative amounts can reach neurotoxic levels fairly quickly.

The situation may be worsened if parents choose to treat common childhood ailments like headaches with aspirin or colic with antacids. Prolonged use of aluminum-containing drugs in young children has been associated with growth reduction, hypotonia, muscle weakness, and premature ossification of the skull.

The problem is that neurons are very good at absorbing whatever aluminum does make it into the bloodstream. Essentially, they’re aluminum sponges.

The good news is that it is fairly easy for all people, regardless of age, to reduce exposure to aluminum. Given what we do know about its neurotoxic potential, it certainly makes sense to do so.

In some extreme cases, it may make sense to consider detoxification interventions such as chelation with deferoxamine (DFO) or EDTA. The toxic effects of aluminum can be mitigated with Vitamin E, Vitamin C, selenium, and herbs like Bacopa moniera or curcumin. (Visit www.HolisticPrimarycare.net for more information use of curcumin and herbs)