It’s been more than two decades since nitric oxide was named “Molecule of the Year” by the journal, Science.

In that time, this simple compound has been exhaustively researched, particularly as it pertains to vascular function and the possibility of reducing cardiovascular risk. Nitric Oxide (NO) research has yielded 3 Nobel prizes, countless studies, and a lot of insight into the process of vasodilation.

Yet, from a therapeutic viewpoint, the scientific effort has come up short on delivering new ways to reverse the course of CVD.

There have been no significant new NO-based drugs, and while the market has been flooded with supplements containing arginine—a key precursor for NO—the efficacy of these products is highly variable.

Picking up on the original 1998 Nobel-winning work of Drs. Louis Ignarro and Ferid Murad, Dr. Bryan has focused on identifying specific changes in NO-related signaling pathways associated with endothelial dysfunction, ischemia and other disease states, and testing botanical interventions that improve NO signaling and vascular function.

Deficiencies in endogenous NO synthesis are extremely common in people with high CVD risk. That’s been known for some time, and is the key principle behind giving arginine to improve NO output. The problem, Dr. Bryan told Holistic Primary Care, is that this strategy works least well in people who most need it.

“In many people with endothelial dysfunction and NO deficiency, the arginine pathway itself is dysfunctional. So you’re putting more substrate into a pathway that’s not working properly. It’s like when your car has a broken motor. It’s not going to run better by putting in more fuel. Arginine is a fuel for making NO, but the biochemical “motor” is not working right.”

The other problem with the arginine-based approach is that conversion of extracellular arginine into NO is not a very efficient process, especially in people over age 40.

“We started looking for ways to give more NO by stepping around the arginine-based pathway,” he said of his work at TTI. “There were really only two ways to do this: one was to give nitroglycerine, which works in acute situations, but over time people develop tolerance, and in the long run it can do more harm than good. The other is to give NO gas, directly into pulmonary circulation, like they do with premature babies. This is inconvenient, expensive, and not very practical.”

As sometimes happens when science hits a brick wall, the natural world provided a fresh angle for the UT team.

A Library of Herbs

Dr. Bryan, who considers himself a hard-core drug development scientist, said he previously had no interest in herbs. But he was led to consider the potential of plants when approached by the Marcus Foundation, a philanthropy created by Home Depot co-founder Bernie Marcus. The Foundation was assembling a “catalog” of potentially useful medicinal plants from around the world.

“They created this whole library of natural plant based products to develop new drugs and other useful products. I was steered toward it as a place to look for compounds that might increase NO through different mechanisms.”

At the same time, he began working with a young cardiologist named Yaoping Tang, who in addition to Western medical education, had training in Chinese herbal medicine. Dr. Tang wanted to study ancient formulas used to treat heart and circulatory problems.

“We would go to the acupuncture store in Houston and buy herbs they use in their practices,” said Dr. Bryan of his sudden immersion in traditional botanical medicine. The UT 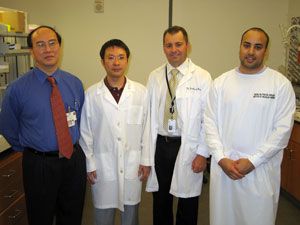 team found herbs like DanShen (Salvia miltiorrhiza, aka Chinese Salvia or Red Sage) and GuaLou (Trichosanthis krilowii) “have profound nitric oxide bioactivity primarily through the enhancement of nitric oxide in the inner walls of blood vessels, but also through their ability to convert nitrite and nitrate into nitric oxide.”

Working closely with his mentor Dr. Murad, Dr. Bryan began screening a wide variety of plants. “We were measuring and quantifying their potential for helping in production of NO. I found a small handful of plants that had the ability to increase NO activity. But we found that once we started pulling the botanicals apart, looking for specific active molecules, the efficacy also came apart. That might not be news to holistic medicine people, but it was a surprise to us. It was definitely not something that made us happy.”

From a drug development point of view, “this project was, essentially, a failure,” he told Holistic Primary Care.

That said, the TTI group had discovered some very useful plant extracts. Two of the most promising were from beetroot (Beta vulgaris) and Hawthorn berry (Crataegus monogyna).

Beetroot is one of the vegetable kingdom’s richest sources of nitrate compounds. It provides a perfect source of the raw material for synthesis of NO via pathways that do not depend on arginine.

Hawthorn berries, which have a long history of use in Western botanical medicine for reducing blood pressure (and a fair bit of science to support this), are very rich in nitrite reductase—a key enzyme in converting “raw” nitrates into NO. Hawthorn also contains 5% polyphenols that also help facilitate nitrite reduction while inhibiting unwanted nitrosation reactions. 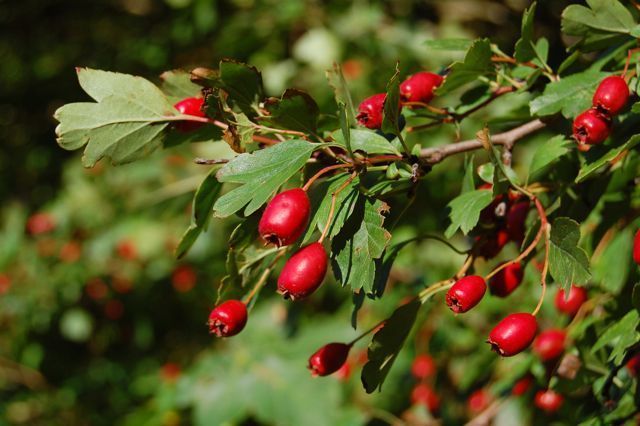 During the ordinary process of digestion, the nitrates found in leafy greens and in vegetables like beets are absorbed in the small intestine and then reconcentrated in the salivary glands, leading to salivary nitrate levels 10- to 20-fold higher than in plasma.

It turns out that facultative anaerobic bacteria residing mainly in the crypts of the tongue reduce nitrate to nitrite. Roughly 20% of the nitrate in saliva is converted by these oral bugs to nitrite. When this salivary nitrite mixed with food meets stomach acid, it forms nitrous acid (HNO2), which quickly breaks down into NO. Once absorbed in the intestine, this NO is transported throughout the body.

Dr. Bryan explained that this nitrate-nitrite-NO pathway, which is built in to the GI system, has been shown to reduce blood pressure, improve endothelial function, protect from myocardial ischemia-reperfusion injury, prevent microvascular inflammation, and reduce triglycerides (TGs) and C-reactive protein.

These discoveries set the TTI team to wonder: what if it were possible to combine a readily available plant source of nitrates (beetroot) with a similarly accessible source of reductase enzymes (Hawthorn), in a form that would take advantage of the oral/gastric pathway for producing NO?

The result of this reasoning—and a lot of R & D—is a sublingual lozenge that is activated by saliva and induces a quick but long-lasting surge in NO production. 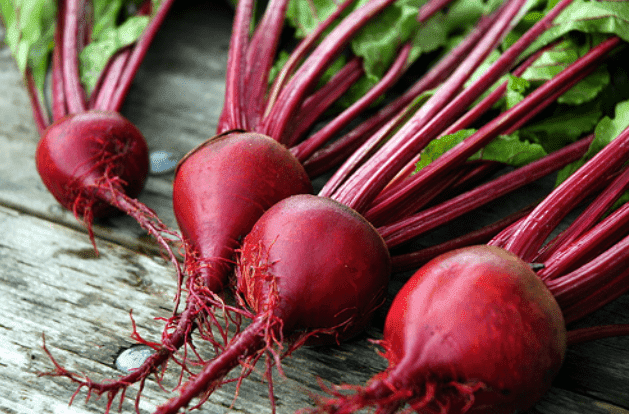 Called Neo40, the formulation is based on the work at UT, and licensed to a new company Dr. Bryan formed called Neogenis Laboratories (www.neogenis.com) as a practitioner-channel nutraceutical for increasing NO via endothelium-dependent and endothelium-independent routes.

In addition to beetroot and Hawthorn, the product contains vitamin C, B-vitamins to support methylation, and tetrahydrobiopterin (BH4), an important co-factor in the enzymatic processes that produces NO.

“Within 90 seconds, you can see carotid artery dilation, as measured by ultrasound. This happens quickly even in very diseased vessels. You can see as much as an 8% vessel dilation within 10 minutes after just one lozenge,” Dr. Bryan said. “Within 4 hours, there is typically a marked increase in vascular compliance, as indicated by changes in pulse wave velocity. This begins within 6-7 minutes of taking the lozenge, but peaks several hours later and correlates with a decrease in blood pressure.”

Within 2 weeks of twice-daily supplementation, there’s significant improvement in endothelial function, he said, adding that, “the changes are visible on thermography. “You see rapid increases in peripheral vascular perfusion. It often gives complete symptomatic relief in patients with Raynaud’s.”

Dr. Bryan said Neo40 is being subjected to clinical trials. The largest involved 30 patients over age 40, with hypertension and at least 2 other major CVD risk factors. All were already on drug therapies, in some cases multiple drugs. They were randomized to a placebo lozenge or Neo40, taken twice daily for 30 days. The outcomes clearly favored the active formula over the placebo: there was a 7-8 mmHg drop in systolic pressure, a 2.8 mm drop in diastolic, a normalization of CRP, and a surprising 27% drop in triglycerides (Zand J, et al. Nutr Res. 2011: 31; 262-9).

The CRP effect was not a big surprise, as researchers had already established that NO has an anti-inflammatory effect, and Neo40 definitely increases NO production. But Dr. Bryan said he was very surprised by the lowering of TGL. “We don’t really understand the mechanism for this, and there were no other lipid changes—no increase in HDL or decrease in LDL. I’m speculating, but may have to do with activation of PPAR-gamma.”

Several trials are ongoing, including a study of people with “pre-hypertension” at Cedars-Sinai Medical Center in Los Angeles, and a study of preeclampsia at Texas Children’s’ Hospital.

The recommended retail price for Neo40 is $59.95 for a 30-day supply—basically, $2 per day. That is certainly not cheap, Dr. Bryan acknowledged. “But it’s far less expensive than acute care for a myocardial infarction.”

It is also considerably less costly than it would be had the product been brought to market as a pharmaceutical, which was the original plan at TTI.

Many people in the natural medicine world believe that the Food and Drug Administration is hostile to dietary supplements and frowns upon companies that bring products with pharma pedigrees to market as supplements. But Dr. Bryan says the notion to develop the nitric oxide formulation as a supplement actually came from FDA officials who acknowledged the science, saw the potential benefit of the products, and didn’t see anything in the formula that qualified as a “new drug ingredient.”

FDA officials recommended that they take the product to market as a dietary supplement. Max Talbott, PhD, a former FDA medical device agent, who now works as a consultant to the nutrition and pharmaceutical industries, guided the process of bringing Neo40 to market. Dr. Bryan says the keys to navigating the regulatory waters are simply to be above board, to be in close contact with the regulators, and to stay within the bounds of good science.

“Don’t avoid the regulators, befriend them,” he said.

Dr. Bryan had to employ a bit of skillful diplomacy to stay on the good side of the academic establishment as well. “I was under enormous pressure and scrutiny here at UT when I told them I wanted to commercialize a dietary supplement. Basically, I put my scientific credibility and reputation on the line.”

Already Neo40 has turned out to be one of the most successful in TTI’s portfolio of technology transfers. Roughly 10,000 physicians and other healthcare professionals are now using Neo40 with their patients.

Anecdotally, some physicians using Neo40 have reported that they’ve been able to wean patients off antihypertensive medications, though none of the current trials have looked for drug-sparing effects. Likewise, there have not been any direct comparisons between this nutraceutical formula and conventional drug therapies, so it is not possible to conclude that use of the product can prevent the need for pharmacotherapy.

In a review article on the current state of NO research in the context of CVD, Dr. Bryan says that in many ways, this line of research has come to validate some of the core concepts originally championed by Linus Pauling—the father of orthomolecular medicine and, by extension, the modern functional medicine revolution.