Postpartum Depression: When a “Bundle of Joy” Brings Bushels of Despair

The expecting mom has waited nine long months, gone to the doctor so many times that she’s lost count, tracked her child’s progress with every ultrasound and longed, nay ached, to hold in her arms that little baby growing inside.

The day finally arrives when she can finally meet this little person who will shake up her life, transform it into something else entirely. She gives birth, and as she eagerly reaches out to the nurse to grasp her precious baby, there’s something else that’s also wrapped up in the blankets, something invisible, something insidious, something impossible to ignore. Something for which she never got a chance to prepare. Something no one ever told her about: Postpartum depression. 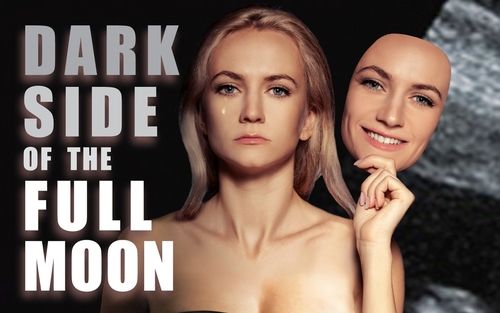 For about 1.3 million new mothers, the bundle of joy is also accompanied by a bushel of sadness and woe. Postpartum depression (PPD) is the most common complication of childbirth but unfortunately, only five percent of obstetricians screen for it in the mother’s postpartum period. Most doctors have very little training on how to manage it effectively.

The rise in the number of mood disorders today not only endangers mothers, but also future generations. Dr. Shoshana Bennett, a renowned expert on PPD and executive producer of a new documentary about it called “Dark Side of The Full Moon,” states that, “Postpartum depression is a major public health problem which not only adversely affects the wellbeing of mothers but also the wellbeing of their children, their families, and the community.”

Moms most at risk of PPD are often dealing with stressful life events, such as marital, social or financial problems, and may also have histories of depression.

If a mother is depressed, the father has a 24% to 50% increased chance of developing depression as well. Untreated depression can lead to attachment disorders and bonding problems, along with developmental and behavioral issues, which in turn lead to problems in school for the children.

Consider this: a child whose mother has depression is at double risk of also developing depression before age 15.

With the rising number of children already challenged by chronic disease, this is a critical area that we as practitioners can’t afford to ignore. Symptoms of postpartum depression are completely treatable and “never too late to heal,” according to Dr. Bennett, a clinical psychologist in the San Francisco area, who has had her own personal struggles with PPD.

The sad reality is that currently, only a small fraction of all obstetricians and family physicians are screening for postpartum depression.

With the new documentary, Dr. Bennett hopes to change that.

In Dark Side of the Full Moon, mothers share their stories of suffering and healing, lifting the veil of ignorance for both patients and physicians, and bringing to light this extremely common but often ignored pregnancy-related complication.

A recurring point in the film is that our society tends to demonize mothers who experience anything but bliss following the birth of their children. Consciously or unconsciously, the people around them may be signaling to these women that they are “bad mothers” and morally flawed people. Culturally we deny the realities of their suffering, which only pushes these mothers further into the closet.

Poignantly and honestly, the film depicts the illness behind the womens’ eyes, ultimately offering a message of empowerment and a hope for change.

PPD is triggered by hormonal and chemical changes in the new mother’s body and brain. In many cases, a woman goes into pregnancy already deficient in vital nutrients and with a hormonal imbalance. The tremendous physiological changes of pregnancy and the increased demand for nutrients can push an already stressed system to a breaking point.

Another major culprit is diet. The body’s demand for DHA increases significantly during pregnancy, and DHA reserves typically remain low for nine to 12 months after delivery unless the new mom supplements her diet with DHA.

Keep in mind that 90% of all neurotransmitters are produced in the gut. Studies emerging from the rapidly evolving field of gut microbiome research suggest that intestinal dysbiosis may also be a strong causal factor in depression in general, and PPD specifically.

Current guidelines from the American College of Obstetricians and Gynecologists state that doctors should screen patients for signs of depression at least once during the perinatal period, but Dr. Bennett recommends screening once every trimester.

The screening should take less than 5 minutes, and it need not be done by a physician. Employees can be trained to recognize the warning signs and to determine which patients warrant further assessment or referral to a qualified psychologist, psychiatrist or other trained mental health practitioner.