Iron supplementation may reduce a woman’s risk for having children with autism spectrum disorders.

Researchers at the UC Davis MIND Institute found that the risk of having a child with autism was five times greater among women age 35 and older with low iron intake compared with those at the highest levels of iron intake.

They also found that mothers of children with autism were significantly less likely to have used iron supplements before and during pregnancy than moms with children developing normally (Schmidt et al. Am. J. Epi. 2014). 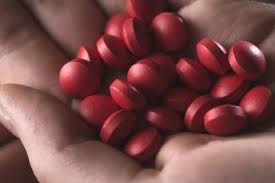 The study included nearly 900 mother-child pairs enrolled in the Childhood Autism Risks from Genetics and the Environment (CHARGE) study in California, conducted between 2003 and 2009. Of the total number of children in the study, 520 had confirmed ASD diagnoses, while an additional 346 children displayed typical developmental patterns.

Investigators evaluated daily maternal iron intake, including use of iron-containing supplements, consumption of iron-fortified breakfast cereals, and other nutritional sources. The MIND Institute analysis reviewed iron levels in the three months before conception, throughout each mother’s pregnancy, and during breastfeeding.

The importance of consuming iron while pregnant is well established. Often associated with anemia, low iron levels are especially common among expectant mothers. Iron deficiency “affect[s] 40 to 50 percent of women and their infants,” notes Rebecca Schmidt, the study’s lead author and assistant professor at UC Davis.

Reduced autism risk may be yet another reason why iron intake during pregnancy is so crucial.

Iron plays a key role in brain development by supporting the production of neurotransmitters and the myelin sheath that encases nerve cells. Schmidt notes that previous research by her group and others suggests a connection between iron levels and autism. Children with autism tend to exhibit low iron levels, she says, which may be due to inefficient absorption or metabolization.

While the study doesn’t confirm that iron deficiency causes autism, it does provide an important insight into the pathogenesis of ASD. A complex disorder with widely variable manifestations, autism is likely the result of myriad genetic and environmental risk factors. Schmidt’s study offers an important clue into one of the most easily modified of these factors.