The vaccine against Human Papillomavirus (HPV) may possibly be associated with ovarian dysfunction and the rare condition of premature ovarian failure (POF), according to a statement released earlier this year by the American College of Pediatricians (ACP). 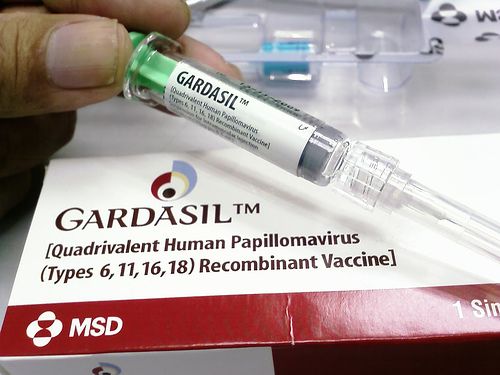 Few issues are as hotly contested as childhood vaccination policies, as evidenced by the so-called “vaccine wars.” The HPV vaccine adds fuel to the debate since the vaccine is intended to protect against a sexually transmitted infection, rather than to provide the public benefit of “herd immunity” to an infectious disease outbreak.

Currently Virginia, Washington D.C. and Rhode Island require the HPV vaccine for school entry. As more states consider such mandates, questions regarding the safety of the vaccine have become more pressing.

Dr. Scott S. Field, Pediatrician in Huntsville, AL and primary author of the ACP’s new statement on the potential risk of ovarian problems, told Holistic Primary Care that the statement is not intended to discourage HPV vaccination, but instead to shine light on the need for more research.

“I do think it is still presumptuous to imply a causal relationship between HPV vaccines and premature ovarian failure, but there is evidence of an association and a possible biological mechanism for a causal effect.  Much research is needed to get more answers.”

Human papillomavirus (HPV) is the most common sexually transmitted infection (STIs) in the United States. It causes skin warts on or around the genitals, anus, mouth and throat. It is also a causal factor in cancers of the cervix, vagina, penis, anus, and throat. HPV can also be passed from mother to infants and results in recurrent laryngeal papillomatosis (growths on infants’ vocal cords). Over 40 of the approximately 100 types of HPV can be spread through sexual contact and 13 have been shown to cause cervical cancer.

Approximately 14 million new cases of genital HPV infections occur each year. It is estimated that more than 90 percent of sexually 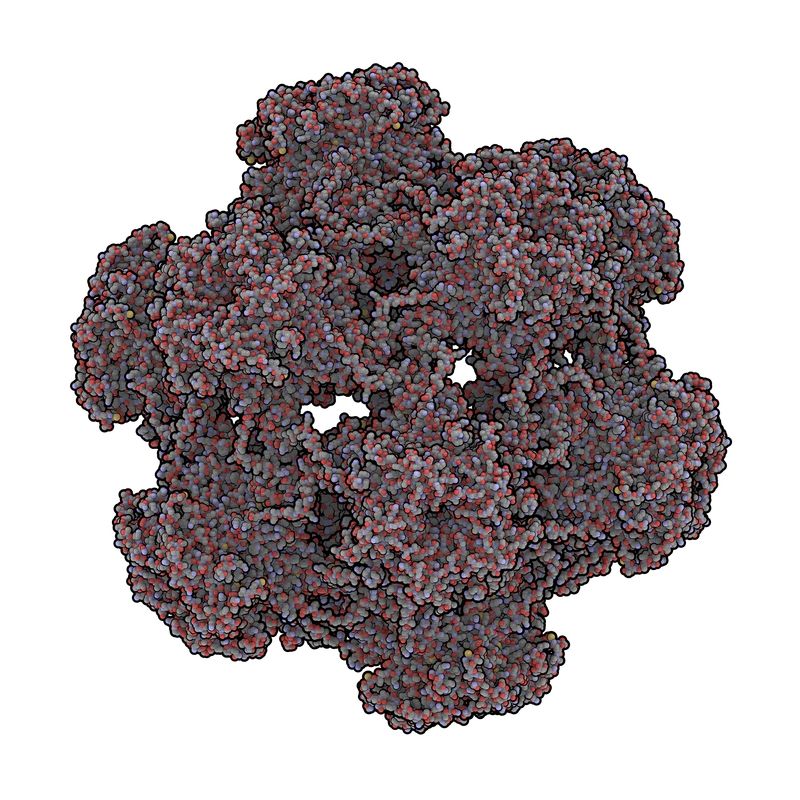 active men and 80 percent of sexually active women will be infected with at least one type of HPV at some point in their lives. Half of these are high-risk HPV types. About 90% of infections are asymptomatic and resolve within two years; however, persistent infection with some HPV types can cause cancer and genital warts.

Currently, there are three vaccines approved by the FDA for prophylaxis against HPV infections: Gardasil (HPV4), Gardasil 9 (HPV9) and Cervarix (HPV2). All three vaccines prevent infection from HPV types 16 and 18, which cause over 70% of cervical cancers.

Gardasil also prevents infection from HPV 6 and 11, which causes 90% of genital warts. Gardasil 9 protects against an additional five high-risk HPV types: 31, 33, 45, 52 and 58. In total, Gardasil 9 may protect against 90% of cervical cancer.

Safety studies before, during and after licensure of the HPV vaccines have shown no significant concerns. In a review of post-licensure safety data from 2006 to 2015, a Merck researcher named Dr. Michelle Vichnin and her colleagues found the Gardasil 4 vaccine to be associated with higher rates of syncope (fainting) and skin infections, though overall they considered the vaccine to be generally safe and well-tolerated (Vichnin M, et al. Pediatr Infect Dis J. 2015 Sep;34(9):983-91).

In preparing the ACP statement, Dr. Field and his team searched the Vaccine Adverse Event Reporting System (VAERS) WONDER database and found the following: “When VAERS reports since 2006 are restricted to cases in which amenorrhea occurred for at least 4 months and is not associated with other known causes like polycystic ovary syndrome or pregnancy, 86/89 cases are associated with Gardasil, 3/89 with Cervarix, and 0/89 with other vaccines administered independently of an HPV vaccine.Using the same criteria, there are only 7 reports of amenorrhea from 1990 through 2005 and no more than 2 of those associated with any one vaccine type.”

POF occurs when the ovaries stop producing normal amounts of the hormones estrogen, progesterone, and testosterone, and stop releasing eggs or release them only intermittently.

Irregular and missed periods (amenorrhea) are usually the first sign of POF and later symptoms are similar to natural menopause and typical of estrogen deficiency, including: hot flashes, night sweats, irritability, difficulty concentrating, vaginal dryness, pain during intercourse and decreased sex drive. Women with POF are at a great risk for a range of health problems including infertility, osteoporosis, estrogen deficiency and heart disease.

Known causes of POF include genetic disorders that affect the X chromosome such as Turner’s syndrome fragile X syndrome. Toxins that cause damage to the genetic material in cells such as chemotherapy and radiation therapy can also result in POF.

Autoimmune reactions in which the immune system produces antibodies against ovarian tissue, harming the egg-containing follicles and damaging the eggs themselves, have also been implicated. What triggers the immune response is not always clear. The HPV vaccine is one possibility.

The American College of Pediatricians highlighted the following concerns in their statement:

1) “Long-term ovarian function was not assessed in either the original rat safety studies or in the human vaccine trials.”

Dr. Little and Dr. Ward reviewed preclinical, clinical and post-clinical safety studies on the HPV vaccines and concluded that these were poorly designed to monitor long-term ovarian health or female fertility. Clinical studies included pre-pubertal and peri-pubertal young women. “It is not clear what proportions of girls in these target group safety studies could potentially have reported menstrual cycle patterns or aberrations of patterns. Similarly, health interviews with the participants 18 months after the first vaccination may not have been able to determine menstrual abnormalities while cycles are commencing or establishing ovulatory patterns.”

Another flaw resulted from the fact that the safety studies restricted possible reports of menstrual dysfunction. The largest safety study, phase III study protocol 015, asked recipients to record non-serious adverse events (NSAEs) for 2 weeks following vaccination and serious adverse events (SAEs) for the duration of the study. However, SAEs did not include menstrual cycle disruption or amenorrhea. Only life-threatening conditions and prolonged hospitalizations met the SAE definition. Using these criteria, incidents of menstrual cycle disruption or other non-acute reproductive system changes would most likely go unrecorded.

2) “Most primary care physicians are probably unaware of a possible association between HPV4 and POF and may not consider reporting POF cases or prolonged amenorrhea (missing menstrual periods) to the Vaccine Adverse Event Reporting System (VAERS).”

“It is still possible that such an increase will become apparent if and when more physicians start looking for it rather than just prescribing hormonal contraceptives so widely. Those hormones can mask ovarian dysfunction or failure,” said Dr. Field.

3) “Potential mechanisms of action have been postulated based on autoimmune associations with the aluminum adjuvant usedand previously documented ovarian toxicity in rats from another component, polysorbate 80.”

In the study by Dr. Colafrancesco and colleagues, auto-antibodies were detected (antiovarian and anti-thyroid), suggesting the vaccine may have triggered an autoimmune response.

“Genetic, metabolic and external environmental factors were excluded as POF causes, while the common denominator was the previous vaccination with HPV leading to the development of immune-mediated amenorrhea.” One of the most common adjuvants in vaccines is aluminum, which is also in the HPV vaccine. Dr. Colafrancesco and colleagues argue that the safety studies are significantly biased by the fact that all the Gardasil and Cervarix trials used aluminum adjuvant-containing placebos.

Further, Dr. Field points out that only a few vaccines given in adolescence contain polysorbate 80. The safety trials for Gardasil also used placebo that contained polysorbate 80.

“Therefore, if such ingredients could cause ovarian dysfunction, an increase in amenorrhea probably would not have been detected in the placebo controlled trials.” Although current data do not demonstrate an increased rate of amenorrhea after the HPV vaccination, the lack of a saline placebo could preclude the detection of changes in ovarian function.

4) “Since licensure of Gardasil in 2006, there have been about 213 VAERS reports (per the publicly available CDC WONDER VAERS database) involving amenorrhea, POF or premature menopause, 88% of which have been associated with Gardasil.

The ACP authors note that, “The two-strain HPV2,Cervarix, was licensed late in 2009 and accounts for 4.7 % of VAERS amenorrhea reports since 2006, and 8.5% of those reports from February 2010 through May 2015. This compares to the pre-HPV vaccine period from 1990 to 2006 during which no cases of POF or premature menopause and 32 cases of amenorrhea were reported to VAERS.”

According to Dr. Field, “Although the evidence of a link between Gardasil and ovarian dysfunction is weak, I don’t think it should be totally discarded or ignored.  I think physicians, at least, should be made aware of the information contained in the “New Concerns…” statement.  That is why we released it.  It is then up to the doctor to decide what to tell the patient. There is good evidence also that HPV vaccines are being effective in preventing manifestations of HPV strains known to cause cancer, so it would be wrong to just bring up theoretical concerns without acknowledging likely benefits, especially for girls who are at greater risk of acquiring sexually transmitted infections.”

Since the HPV vaccine has been available in 2006, millions of young women have received the vaccination with no apparent increases in premature ovarian failure. However, as the ACP authors point out, the impact of the vaccines on reproductive function has largely been overlooked in many of the trials. While peer-reviewed case studies should not be considered definitive evidence of harm, neither should they be dismissed.

A Vaccine Safety Datalink POF study is planned to evaluate  an association between the HPV vaccine and POF. However, it could be years before the study is concluded and result published. Until a causal relationship is established or rejected, this information should be public knowledge for physicians and their patients considering the vaccine.

Jessica Best recently completed coursework for her Masters of Science in Nutrition and Integrative Health from Maryland University of Integrative Health (MUIH).  She is currently enrolled in the internship program at MUIH and is excited to work with individuals and the community to share her love for nutrition. Jessica serves as a nutrition resource for Columbia Association’s personal training programs. When not working or completing her internship, Jessica enjoys an eventful life with her two teenage children.