Blueprint for Lifelong Health Is Drawn During Gestation

The blueprint of an infant’s future health can be found in her mother’s health status during pregnancy.

A host of recent studies underscore the influence of maternal peripartum health factors on a child’s future risk of chronic disease. The data indicate that maternal age, glucose levels, pre-pregnancy Body Mass Index, and gestational weight gain are strong indicators of the likelihood of obesity and cardiovascular disease in offspring both in childhood and later in life. 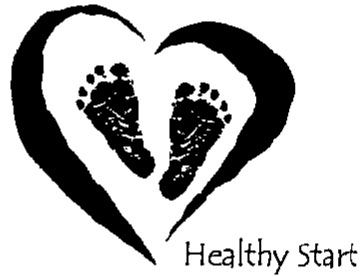 “It is now clear that chronic diseases have roots early in life,” says Dana Dabelea, MD, PhD, lead investigator of the Healthy Start study, based at the University of Colorado, Denver. Healthy Start quantifies the influence of maternal BMI, glucose levels and other metabolic factors on the development of adiposity in infants.

Higher total mass at birth, including fat mass and free fat mass, is positively correlated with obesity later in life. The correlation between maternal BMI and neonatal fat has been known for some time, and has been shown in several studies.

What was not clear until recently, was whether these later-in-life risks are reflective of the individual’s own obesity or a secondary result of in utero conditions related to their mothers’ weight problems.

Put another way, the question is whether a mother’s obesity is, in and of itself, an independent risk factor for diabetes and CVD in her children.

By analyzing risk markers in neonatal cord blood, Healthy Start researchers found that offspring born to mothers who were overweight or obese prior to pregnancy and/or who had increased gestational weight gain during pregnancy, were at greater cardiovascular risk from birth.

The samples taken within three days of birth showed elevated cholesterol, insulin, glucose, and leptin, as well as lower HDL-C and glucose/insulin ratios.

The exact mechanism by which adiposity develops in neonates is unknown. The fetal over-nutrition hypothesis implicates glucose.

The idea is that during pregnancy, glucose crosses the placenta via a concentration gradient. Insulin, which does not cross the placenta, is endogenously secreted by the fetus during the first trimester.

Elevated glucose levels in the maternal blood crossing the placenta will stimulate the fetus to produce more insulin. High levels of insulin, in turn, biochemically incite lipolysis, causing a rise in free fatty acids and triglycerides. These are eventually stored as fat cells in the fetus resulting in an increase in fat mass.

According to a sibling pair study led by Charlotte Verroken, MD, and colleagues at the Ghent University Hospital, Belgium, sons born to mothers who were 30 – 34 years old at the time they gave birth had significantly lower fasting glucose levels compared to men born to mothers in their early 20’s, or men born to mothers aged 35 years and older.

Maternal glucose levels have a big influence on the in utero milieu, and may also alter how neonatal genes are expressed, thereby pre-programming the fetus toward certain chronic diseases.

For example, high leptin levels in infancy are associated with elevated maternal glucose levels and may have long-term effects on obesity later in life.

Leptin, a hormone expressed in adipose tissue, signals hunger and satiety in the hypothalamus. A disruption in the hypothalamus-endocrine communication may alter leptin signaling, thereby changing the way the body inhibits feeding and initiates energy expenditure.

Though transplacental glucose is related to fat mass, the Healthy Start study found that maternal BMI, rather than maternal glucose blood glucose, was the strongest determinant of an infant’s adiposity at birth.

Epigenetic links between maternal BMI and fetal serum markers may provide insight into the effect body weight has on a developing fetus.

A longitudinal study of BMI, gestational weight gain, and cell reproduction found that both over-nutrition, and to a greater extent under-nutrition, affect fetal DNA methylation.

Mothers who were within a normal BMI range had offspring who were better methylators. In women who were obese prior to pregnancy and to a greater extent in underweight women, there were a greater number of altered methylation sites (Sharp CG et al. Int J Epidemiol, 44(4), 1288-1304).

The appropriate amount of weight a mother should gain during pregnancy depends on her pre-pregnancy BMI. The Institute of Medicine (IOM)’s 2009 guidelines on Weight Gain During Pregnancy recommend that underweight mothers should gain from 28-40 pounds. Mothers within a normal BMI range should gain 25-35 pounds, and overweight mothers from 15-25 pounds. The range for obese mothers is 11-20 pounds. 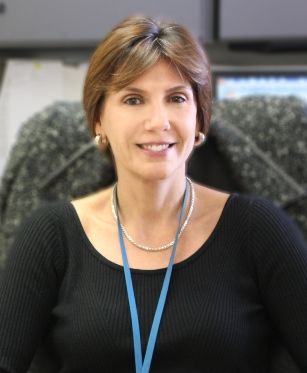 But even obese mothers who gain an appropriate amount of weight according to the IOM guidelines are still more likely to have obese children than non-obese women whose gestational weight gains were within the recommended range, according to investigators at the Department of Obstetrics, Henry Ford Health System, Detroit. This finding prompted the authors to question whether IOM’s existing recommendations for gestational weight gain may be too high for obese women (Mehta SH, et al. J Reprod Med. 2015, 60(7-8), 324-328).

In additional to total gestational weight gain, the period during which women gain weight during pregnancy may also influence offspring health, independent of pre-pregnancy BMI.

If excessive gestational weight gain confers significant health risks on soon-to-be born children, the good news is that for obese women, even a small degree of pre-pregnancy weight loss can attenuate those risks and increase offspring health, Dr. Dabelea says.

The Healthy Start study found that high-fat western diets lead to greater gestational weight gain. In addition, mothers with a low score on a healthy eating index had babies with greater adiposity. A low glycemic diet has been shown to modulate maternal glucose levels, reduce fetal adiposity, and help to regulate fetal and placental insulin and glucose levels.

Regular exercise has also been associated with lower serum concentrations of growth-peptide at birth, suggesting endocrine modulating effects of exercise.