On the surface, the ancient practice of overtone singing and the modern practice of medicine seem to have very little to do with each other.

In its deepest sense, music is about coherence of vibration. So is health. A healthy system is one in whom the various systems are well-synchronized. Harmony implies order, the opposite of which is dis-order.

For vocalist & composer David Hykes, the connection between chanting and medicine is very natural.

For nearly 40 years, Hykes has been exploring and teaching Harmonic Chant–a non-dual sacred vocal music practice based on the natural harmonics found in all voices, music, and throughout the 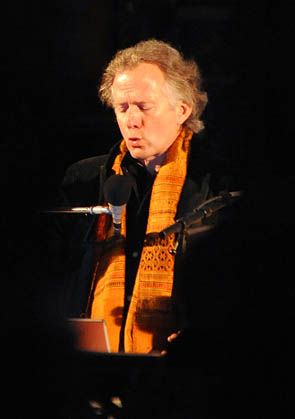 Widely regarded as one of the world’s pioneers in the use of sound in healing, Hykes forays into the “4Ms: Music, Mind, Meditation and Medicine” have won awards from the National Endowment for the Arts, UNESCO, and the Rockefeller Foundation.

His seminal 1983 album, Hearing Solar Winds, has sold over 300,000 copies worldwide, making it the most popular “overtone” album of all time. The record garnered international attention, and led Hykes on a path of cross-cultural collaboration including work with His Holiness the Dalai Lama, and with the Mind and Life Institute, an international consortium of neuroscientists and contemplative practitioners scientifically studying the effects of contemplative practice on physical and mental well-being.

A featured speaker at HPC’s upcoming Heal Thy Practice conference, Oct 18-20, in Long Beach, CA, Hykes will offer clinicians an opportunity to experience the inherent healing power of their own voices.

But Hykes stresses that his work is not about “performance.” It’s not about singing a lot of notes or learning to sing specific compositions, and it’s not about using sound to “treat” diseases.

It’s really about listening—a deep attentiveness that can bring about subtle but very real changes in physiology.

“My wish is that participants experience a major reset in their understanding of listening, sound, voice, awareness, breath, and harmony. I try to help them discover a deep ecology of vibration, a new sense of not so much “healing sounds”, but an expanded understanding of accompaniment,” he tells HPC.

That’s a word you don’t hear too often in medicine, but it’s something patients really want. They want healthcare givers to accompany them in their efforts to restore health. 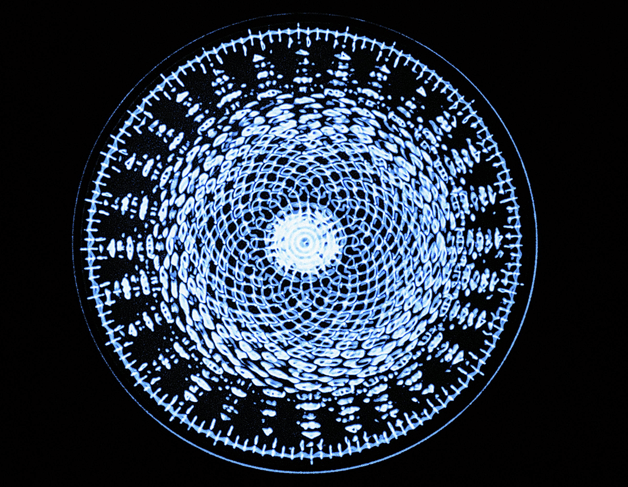 “Heightened vibrational awareness can help doctors tune in to –and also attune to–their patients. This alone will greatly improve the ability to tend to patients needs, both physical and psychophysical,” says Hykes, adding that there are ways for patients to incorporate vocal and/or listening practices as part of a holistic care protocol.

Hykes’ work has not gone unnoticed in medical circles. Mitchell Gaynor, MD, an integrative oncologist at the New York Presbyterian/Weill Cornell Medical Center in New York, was an early student of Hykes’ and has drawn extensively on Hykes’ Harmonic Chant in his own clinical care. A longstanding advocate of therapeutic music as a true healing modality, Gaynor outlined his approach in his 1999 book, Sounds of Healing.

Through his performances, recorded works, and training intensives, and through the ongoing outreach work of his Harmonic Presence Foundation, David Hykes is striving to heal an age-old rift between the world of music and the arts, and the world of science and medicine.

He brings to this endeavor more than 30 years of studies and exchanges with Tibetan, Indian and western spiritual teachers, musicians and scientists. “At its core, the aim of the Harmonic Presence work is to help us awaken to and recognize Reality– the source of true harmony, and to realize its radiance and resonance in all spheres of our lives.”

David Hykes’ upcoming concert and workshop at Heal Thy Practice—his first appearance in Southern California in many years—will provide a rare opportunity to experience Harmonic Chant’s “4M’s in 3D!”