Medical Marijuana for MS: “There’s a Place For It”

“There’s a place for it, and more work is going to need to be done to figure out exactly where it’s indications will be,” says neurologist Barbara Koppel, MD, of the role of cannabis in the treatment of multiple sclerosis.

Dr. Koppel, based at New York Medical College, is the author of new American Academy of Neurology guidelines on medical marijuana for the treatment of neurological disorders. Though cautious, the guidelines are the first to suggest that physicians should consider cannabis and cannabis-derivatives as an adjunctive therapeutic options for people with MS. 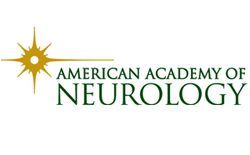 The report, published online on the AAN’s website, is based on a systematic review of 33 studies of cannabis, oral cannabis extract, or tetrahydrocannabinol (THC) as treatment for MS, Epilepsy, Parkinson’s, Huntington’s and other CNS disorders. The review included many multicenter placebo-controlled trials, and covered everything from smoked marijuana to cannabis-derived nabiximols.

Overall, the data weigh in favor of cannabis or cannabis-derived compounds for attenuation of non-neuropathic pain, spasticity, urinary dysfunction, and patient-perceived quality of life in people with MS. There does not appear to be any benefit in terms of reducing MS-related tremors.

Cannabis and its derivatives do not appear to be effective for reducing levodopa-induced tardive dyskinesia in Parkinson’s disease. For Huntington’s disease, Tourette’s syndrome, cervical dystonia and epilepsy the evidence is insufficient to draw any conclusion one way or the other.

The AAN authors point out that plants within the Cannabis genus produce approximately 60 pharmacologically active compounds (“cannabinoids”). The psychoactive D-9-Tetrahydrocannabinol (THC), isolated in 1964, is perhaps the best known, but there are many others, with a wide range of physiological effects on within the human and animal nervous systems.

CB-2 receptors are found in the periphery, including lymph tissue, and in lower concentrations in some brain regions, including the periaqueductal gray matter.

Given the widespread distribution of cannabinoid receptors in brain regions controlling a wide variety of functions, it is reasonable to conjecture that cannabis or cannabis-derived compounds might have a role to play in treating neurologic disorders.

At the outset of their review, the authors began with more than 1,700 studies published between 1948 and 2013; only 34 met AAN’s strict inclusion criteria.

The most definitive data were in the context of MS treatment

There are two Class I studies (blinded, randomized, placebo-controlled) of oral cannabis extract in MS patients with central pain or painful spasms; both of 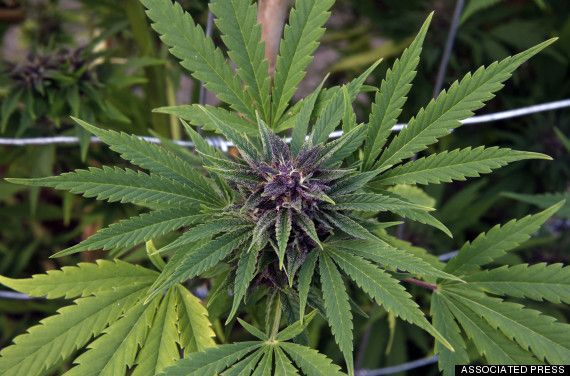 which indicate that it is quite effective in reducing central pain. There are also Class I studies of THC or nabiximols suggesting that these preparations are “probably effective” for treating MS- related pain or painful spasms.

There’s fairly good evidence supporting use of cannabis-derived nabiximols for reducing the number of bladder voids per day at 10 weeks in MS patients. THC and oral cannabis extracts, however, do not seem to be effective for reducing bladder complaints.

There are a number of studies looking at nabiximols for attenuating patient-percieved symptom burdens; the data are fairly equivocal, with some studies suggesting moderate but non-significant benefits, while others showed little impact on symptom scores.

Cannabis and cannabis-derived compounds clearly show some benefit in reducing MS-associated spasticity. Two Class 1 studies indicate that oral cannabis extract can reduce patient-reported spasticity scores, though another Class II study suggests that the full benefit is not evident until one year.

Nabiximols appear to be effective in reducing patient-reported symptoms at 6 weeks, though they do not seem to reduce objective measures at 6 weeks.

The data for smoked or vaporized marijuana are insufficient to draw any definitive conclusions. One small Class III study (N=30 patients) suggested that smoking marijuana significantly reduces Ashworth scores in MS patients. However, another trial of similar size indicated that smoking marijuana worsens patients’ posture, suggesting that the benefit of reduced spasticity may be canceled by deterioration in sense of balance.

In terms of reducing frequency or severity of tremors, however, neither whole cannabis nor any of its extracts or derivatives appeared to give significant benefits.

Overall, there were fewer good quality studies of cannabis in the context of other common neurological disorders. Those studies that do exist were either negative or non-conclusive.

Dr. Koppel and her team conclude that, based on one large Class I study, oral cannabis extracts are “probably ineffective for treating levodopa-induced dyskinesia in patients with Parkinson’s disease.”

There are two studies looking at THC in patients with Tourette’s syndrome. The authors conclude that, “data are insufficient to support or refute efficacy.” The same holds for dronabinol (Marinol), a synthetic prescription oral cannabinoid, in the context of treating cervical dystonia, and for cannabinoids for the treatment of epilepsy.

The authors note that in many of the studies covered by their review, patients were also taking conventional drug therapies at the time they were using cannabis or its derivatives, making it impossible to draw any conclusions about the comparative efficacy.

“In general, medical marijuana is prescribed as a treatment for use only when standard treatment was not helpful in controlling all the patients’ symptoms, and standard treatments were allowed to be continued during all of these studies,” Dr. Koppel said at a press conference following the release of the new guidelines.

In terms of cannabis safety, she noted that there were over 1,600 patients in the studies under review who used cannabis-derived treatments for up to 6 months. Compared with patients on placebos, those using cannabis products were somewhat more likely to stop treatment because of adverse events (6.9% versus 2.2%).

The following adverse symptoms associated with cannabis were reported in at least 2 of the studies the team reviewed: nausea, increased weakness, behavioral or mood changes (or both), suicidal ideation or hallucinations (or both), dizziness or vasovagal symptoms (or both), fatigue, feelings of intoxication.

Psychosis, dysphoria, and anxiety were associated with atypically high concentrations of THC. Dr. Koppel estimated the overall risk of serious psychopathologic adverse events to be about 1%.

There was one Class II study with a yearlong treatment duration. In that trial, 31 of 207 patients treated with cannabis extract stopped treatment (15%) as did 28 of 197 using THC (14%). In contrast, only 10 of the 207 in the placebo group (5%) stopped treatment. However, the AAN reviewers point out that cannabis-related adverse effects were not always the reason for cessation.

“Cannabinoids inhibit many enzymes of the cytochrome P-450 system, which will cause interactions with other medications being taken, especially opiates for pain.” The problem may be more one of polypharmacy than of negative effects from cannabis alone.

The authors note that no direct fatalities (overdoses) have been attributed to marijuana, “even in recreational users of increasingly potent marijuana, possibly because of the lack of endocannabinoid receptors in the brainstem.” That said, they do mention that, “Deleterious effects on judgment can indirectly endanger patients.” Smoking marijuana expose users to carbon monoxide and other respiratory toxins; the jury is out on the safety of vaporizing cannabis.

Dr. Koppel stressed that the goal of the new guidelines is not so much to promote marijuana use as to stimulate research into its therapeutic potential.

She noted that unlike the highly controlled forms of marijuana or cannabis extracts used in clinical studies, “The type of marijuana you can buy so far is not so rigorously defined, so I think they (doctors) should caution that it may be helpful, but what we’re really hoping will come from this is a lot more studies done so that these other forms will become available for use.”