Anyone involved in healthcare knows that patient self-reporting is the least reliable form of data collection. Yet in many cases, that—and a few lab measures—is all a clinician has to guide medical decisions. 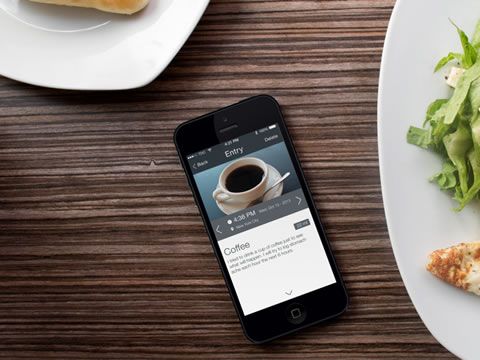 Likewise, researchers consistently decry the limitations of studies based on self-reporting, yet they continue to fill medical journals.

Thomas Blomseth Christiansen and Mette Dyhrberg hope to change all that.

With their new Mymee smartphone app and clinical analysis platform, the pair of New York-based Danish transplants have created a robust yet flexible system for self-tracking that brings much greater objectivity to the process. Over time, Mymee is able to detect non-obvious correlations between symptom patterns and daily behaviors.

In the hands of a motivated patient guided by a good clinical team, Mymee can uncover important and surprising clues about causes and drivers of complex, confounding disorders. This, in turn, can open new and more rational approaches to lifestyle change and ultimately, better clinical outcomes.

Speaking at Holistic Primary Care’s Heal Thy Practice conference last fall, Dyhrberg and Christiansen outlined the ways in which their “data driven coaching” system can empower clinicians and their patients.

“A symptom is your system revealing something about itself—something you could or should be interested to know,” says Dyhrberg. “Doctors don’t have enough face time with patients. Because of that, they will miss things. They look at what they can look at, which is often very partial information. Mymee gives clinicians and health coaches a unique set of tools for decoding what’s going on.”

The app, which works on iPhones, iPads, Androids and other smart devices, enables people to track fluctuations in symptoms and biometrics, as well as a host of lifestyle variables such as type and quantity of foods eaten, fluid intake, patterns of activity, sleep, urination & defecation, environmental exposures, social factors, and many others.

Mymee makes it quick and easy for patients to gather multiple observations throughout the day and transmit the data in real time back to clinicians. On the clinic side, Mymee collates and analyzes the observations, providing clinicians with a window onto their patients’ daily lives.

Unlike other “quantified self” apps, Mymee doesn’t come with fixed, pre-determined variables that patients must track. Rather, it allows clinicians and patients to work together to determine which variables seem most important based on history and presentation. These variables can be added to, subtracted, or modified at any time.

“You have to start by tracking a few things that resonate with the patient; things that are meaningful and important,” Dyhrberg says. “If a person doesn’t see meaning in what they’re doing, they won’t participate for long.” Mymee, she explains, is all about patient participation and empowerment.

Nowhere is the old adage about pictures and words truer than in self-assessment of eating habits. Mymee encourages users to take photos of everything they eat. “You can see the portion sizes, the amounts of each different kind of food, you can see when they eat, the intervals and the patterns. The colors in their meals alone will tell you a lot!” says Dyhrberg.

The system also allows patients to hashtag specific foods. For example, if the doctor suspects that dairy might be an aggravating factor, Mymee can set up a “dairy” hashtag that the client can use to identify foods in the photos that might contain dairy.

The company charges doctors a software service fee to use the Mymee technology platform, ranging from $100 to a few hundred dollars monthly depending on usage. Patients download the Mymee App free in the App store, but can only activate the app with a code provided by their practitioner. The code links the users to their practitioners, and allows clinicians to make set-up changes to the app.

Mymee provides training to clinics and helps practitioners implement and integrate tracking as part of routine practice. The company also maintains a referral page on its website that connects interested patients to Mymee-enabled practices in their areas.

Though Mymee is fairly new—Christiansen and Dyhrberg launched the company in 2013 after 3 years of development—it has already had profound effects in many peoples’ lives. Sometimes, the system detects disease drivers that nobody would ever suspect.

Case in point, a physician who suffered migraine headaches for many years. Already a self-tracking enthusiast, he began to monitor himself in detail and came to conclusion that the migraines were linked to high carb intake. So he went “paleo” and eliminated carbs. Though he felt somewhat better on the diet, the headaches did not really resolve.

Roughly one month after he began using Mymee, he saw a clear but unexpected pattern: the migraines consistently had their onset 72~73 hours after a night shift at the hospital.

“He’d been suffering from headaches for 17 years and never saw this pattern before. The real root cause was that he would not sleep on those nights and just go straight to his practice from the hospital. Yes, he would eat a lot of carbs in the days after these shifts, but that was not really the cause of the headaches, it was an effect or symptom. The real driver was the night shifts,” says Dyhrberg

Neither of Mymee’s founders have healthcare backgrounds. Dyhrberg is an economist by training, and Christiansen is a software designer and IT consultant. But both had extensive personal experience with complex chronic disorders for which their doctors had limited solutions.

In Christiansen’s case, it was severe respiratory allergies. For Dyhrberg, it was disabling fatigue and chest pain in her mid-twenties that was initially diagnosed and treated as a heart condition. Later—after much unnecessary medication, many consultations, and lost years— it turned out to be thyroid-related.

“I was 26 going on 75. When you are 25 years old, and you can’t walk up a flight of stairs, at some point you ask yourself what’s really going on. I expected my doctors could figure it out, but they did not.”

Seeking a solution, she turned to the economist’s tool of choice: the Excel spread sheet—and began tracking all her symptoms, food intake, and environmental exposures, looking for patterns that might give her a handle on health. She sensed there was a hormonal issue, a hunch that ultimately proved correct.

In the same spirit, Christiansen was determined to “debug” his allergies, rather than rely on symptomatic quick fixes. Mymee was born out of their shared need to discover the root causes of their own illnesses.

“Nobody was looking at us in terms of process. We thought to ourselves why not look at our health the way we look at the companies for whom we were consultants?” Dyhrberg tells Holistic Primary Care.

The idea of having patients record their daily habits is as old as medicine itself. But peoples’ recollections about what they do often bear little resemblance to the reality of what they actually do.

Even assuming accurate data capture, it is easy to miss important clues. “We tend to look at the most immediate things—last night’s meal, the previous night’s sleep, a recent chemical exposure. But beyond the obvious, we have difficulty comprehending the relationships and patterns. Unless you collect the data over longer periods, you won’t see the patterns,” says Dyhrberg.

Mymee has built–in safeguards against the obscuring power of memory. The system encourages users to record observations as soon a symptom or variable arises. The app does not permit back-dating: it time-stamps each recorded observation as well as each transmission of data to the clinic. Observations must be reported within a 24-hour period, or the system records a blank day.

These, says Christiansen, are often as important as the data-rich days. “It gives you an opportunity to ask about what was going on during non-report days.” Sometimes this can give deep insight into the realities of a patient’s daily life. “People uncover different blind spots, they peel the layer of the onion.”

According to Dyhrberg, “With this approach you can get to know a patient better and more deeply in one month than you could in 10 years of ordinary office visits.”

Part of the value of a system like Mymee is that it helps people tune into their own bodies. That, in and of itself, has therapeutic value.

“There are all these technologies nowadays that are creating distractions, pulling people away from themselves. Mymee is something that helping people pay attention to themselves and what’s good for them,” notes Christiansen.

Paul Abramson, MD, founder of My Doctor Medical Group, an integrative practice in San Francisco, introduced Mymee into his practice last year, as part of his Quant Coach program of medically supervised health coaching. So far, he’s had roughly 50 patients use it, and he’s seen it make a world of difference.

“Talking to people in the office every 3 months does not give good data. This gives good data,” Dr. Abramson told Holistic Primary Care.

“We’ve had a wide variety of people use this, from young 20s to late 50s. We’ve had men and women, and they’ve got digestive disorders, non-cardiac chest pain, anxiety, addiction problems—it has been a diverse set of disorders. We’re taking each individual and seeking what works for them.” He has found the system particularly helpful for patients with metabolic syndrome, type 2 diabetes and overweight/obesity.

After a thorough conventional medical workup by Dr. Abramson or one of his colleagues, patients in the Quant Coach program meet with one of the coaches specially trained by Dr. Abramson. They work together to decide what factors to track, and then configure the Mymee app to collect baseline data on these variables.

The coach and the physician work collaboratively with the patient to establish a firm schedule of observation and reporting, an accountability agreement, and a continuous communication loop. Once the process is begun, patients meet weekly with their coaches who gather the data and write up detailed notes.

“Then, I read the weekly notes, which usually takes about 1-4 minutes per patient, and make recommendations. It doesn’t take a lot of time for it to be really helpful. Having a coach who can accurately take the data and create relation with patient is key, and that takes a lot of training,” he said.

Mymee’s founders note that working with coaches is not a prerequisite for using the system. But it is ideally suited to the health coach context. In essence, Mymee is a communication tool, and someone within the practice—whether physician, health coach, nurse or PA—needs to be able to spend time connecting and collaborating with patients on a frequent basis.

Dr. Abramson added that it is essential, “that you have a practice that can handle whatever issues might come up. Because sometimes, patients may not be inclined to hear what Mymee is telling us. They want the explanation for their fatigue to be in food triggers, but the system might be showing correlations with toxic relationships or other interpersonal issues. This system is very good at eliciting the context of someone’s life.”