Home | Topics | Practice Development | Heal Thy Practice Spotlight: Temecula Center for Integrative Medicine: “We Need Other Clinics to Do This, Too!”
View Cart

Heal Thy Practice Spotlight: Temecula Center for Integrative Medicine: “We Need Other Clinics to Do This, Too!”

“There is such a big need for this kind of care. We need other clinics to be doing this too!” says Erik Lundquist, MD, of the comprehensive interdisciplinary model he developed for his new Temecula Center for Integrative Medicine.

“People are so hungry for this. We were fully booked and profitable after the first six months!” 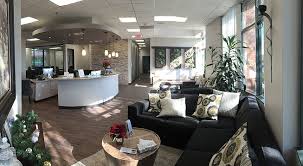 In an era when so many clinicians are convinced private practice is a relic of the past, and corporate control of medicine is inevitable, Dr. Lundquist’s clinic, located roughly an hour north of San Diego, is a radiant example of what can happen when a group of practitioners are responsive to what their community really needs.

To be sure, building the Temecula Center for Integrative Medicine (TCIM) from the ground up had its challenges. But Dr. Lundquist told Holistic Primary Care that it was not nearly as difficult as many practitioners imagine it would be.

The practice, which is largely insurance-based, is founded on a team approach that includes naturopathic medicine, chiropractic, nutrition counseling, massage & bodywork, lifestyle education, and oriental medicine. Extended, unhurried office visits are the norm, and the center sees patients with a wide range of complex chronic disorders.

As a keynote speaker at HPC’s upcoming 2015 Heal Thy Practice conference, Dr. Lundquist will share key insights on how to plan, develop, and manage an integrative clinic—particularly one that takes insurance!

From Iraq to Integrative Medicine

Erik Lundquist is no stranger to challenges. Prior to his private practice life, he completed 8 years of active duty with the US Navy, including a stint in Afghanistan shortly after Sept. 11, and a subsequent deployment as a battalion surgeon with the Marines in Iraq.

After leaving the military, he joined a family practice in Southern California—one with a definite “wellness” focus. Dr. Lundquist, who had a strong leaning toward nutrition and natural medicine, was thrilled to be working alongside a PhD nutritionist with whom he could develop meaningful dietary interventions.

“But the clinic wasn’t making money, so they fired the nutritionist and pushed me to see more patients. By the end I was seeing 35 people a day. It was crazy.”

He left that practice for another large group that allowed him to bring in some holistic modalities, and to dispense supplements. But he quickly found himself running into limitations there too, especially when he broached the subject of IV nutrition. “I realized, in 2012, that I really needed to go out on my own.”

He found some initial clues in the recordings from the 2012 Heal Thy Practice conference. “It was really inspiring. That’s when I made the decision that I was going to do this.” Attendance at Heal Thy Practice the following year solidified the commitment.

Today, not quite a year after opening its doors, TCIM is thriving beyond its founder’s wildest expectations.

“We started out with five practitioners: myself, a chiropractor, a naturopath, another MD, and a lifestyle educator. Today we’ve got 10 practitioners, and another 10 employees. We’re seeing close to 200 patients per week, and we’ve got a three-month waiting list.”

He noted that he personally sees about 45-60 patients per week. “It’s not crazy volume. We keep the numbers down and we give extended visits.”

Even before TCIM opened, there were 150 patients ready to join the new practice. Dr. Lundquist estimated that roughly half of his previous patient panel followed him to the new clinic.

While many stars aligned to make the launch so prosperous, Dr. Lundquist said it was not entirely due to luck. A few core principles laid the foundation for success:

• Teamwork: From the get-go, TCIM was built around an interdisciplinary employee model in which each type of practitioner could shine at what s/he does best, and that true collaboration would be the norm.

• Learning How to Bill Insurance: Though TCIM does have a small cash-pay segment, the vast majority of patients use insurance. Partnership with coding experts has enabled the clinic to obtain reimbursement levels seldom seen for integrative medical services.

• Listening & Responding to Patient Needs: Dr. Lundquist recognized that he was not the only one frustrated by the limitations of conventional settings. His patients were equally dissatisfied. He was able to learn what they really wanted, and then to channel their enthusiasm into the new practice. Some of his strongest allies in creating TCIM have been the patients themselves.

“A few of my patients said, “When are you going to open up your own practice? We want to help you.”” One such patient had been the director of a hospice, who then went on to train as a Reiki practitioner. She had time to spare, and worked with Dr. Lundquist to set up the new clinic.

The practice grew almost exclusively by word-of-mouth within Dr. Lundquist’s patient base, and among people in the broader Temecula community who were excited about integrative care.

While there are a handful of other holistic or functional medicine practices around Temecula, they are all single-practitioner solo offices. “There was no true multidisciplinary center here until we came along.”

That unique offering, plus the fact that TCIM was willing to take insurance made it highly appealing to residents of this 100,000-person community.

“I was known in my community, but we were able to bring in a physician from Florida who had absolutely zero patient base here, and we could completely fill her schedule in a very short time. That’s how great the demand was.”

Beyond giving occasional public lectures, and setting up a Facebook page, Dr. Lundquist did little marketing.

TCIM endeavors to provide patients with a complete healing experience without the fragmentation and frustration that characterize most conventional practices. The clinic’s website notes that:

“We designed our clinic to be a place for patients to…receive a level of care they are not used to experiencing anywhere else. Our office was created to eliminate the fear and uncertainty that sometimes surrounds healthcare. We are focused on helping the most desperate and frustrated patients that have been seen by other physicians and practitioners and have not had success in treating their condition.”

With its day spa atmosphere and unhurried approach, TCIM provides a level of service people might expect from a concierge or membership-style practice, but with one important difference: TCIM is largely insurance-based.

Ms. Fox, a former sales rep for Metagenics, was able to connect Dr. Lundquist with billing and coding experts who understand the nuances of functional medicine as well as the details of the coding system—a rare combination that has paid off amply for TCIM.

Though the clinic bills for services that do not always fit into the status quo of conventional insurance-based medicine, Dr. Lundquist says his coding is extremely “by the books.” In most cases, the insurers will reimburse for the billed services. “I don’t know of any other integrative clinic that’s getting the level of reimbursement we’re getting.”

Currently the practice is only able to accept PPO plans, but is able to work with most of the major players in the area including: Anthem Blue Cross, Medicare, Aetna, UnitedHealthcare, Cigna, Blue Shield of California, and Tricare.

“Everything goes through an MD gatekeeper, and is billed under medical services,” he explained.

TCIM has a small number of direct-pay patients, but the vast majority does use insurance to cover at least part, if not all services.

The practice also has several ancillary cash revenue streams including an onsite supplement dispensary, and a series of classes focused on specific conditions such as chronic fatigue and autoimmune disease. Attendees pay $30 per 90-minute class. Ms. Fox noted that these classes, though not formal group visits, are a step in that direction.

TCIM practitioners also do teleconsults with patients on a cash basis, charging for increments of online time. So far, they have not sought insurance reimbursement for online consults, though that may change at some point. 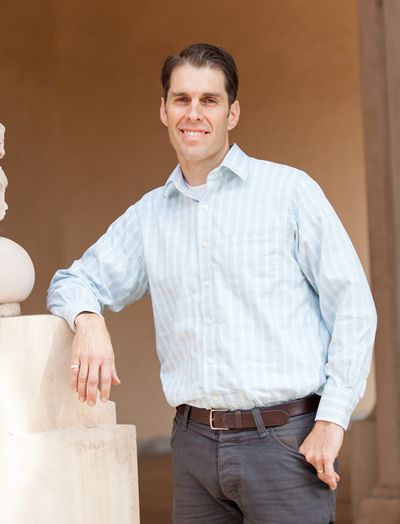 Dr. Lundquist and Dr. Lee Hazen, the group’s chiropractor, are co-owners of TCIM, along with a third business partner. All the other practitioners are salaried employees. The group currently includes a naturopath, a nurse practitioner, a behavioral health specialist, two lifestyle educators, a licensed acupuncturist, and two certified massage therapists.

“To have all the resources for complete patient care right at my fingertips is fantastic. I used to do all the nutrition consults myself, but now I have people working with me who are dedicated just to that. Having all the services integrated under one roof, and then to be able to bill insurance is just remarkable, and very rewarding. The camaraderie and collaboration are phenomenal.”

He stressed that cultivating a spirit of teamwork has been essential to TCIM’s success.

“One of the big challenges we face as physicians is that we tend to be very independent. We want to control everything. We’re not so good at playing in the sandbox with others. To make a thing like this work, you really need to recognize the value of other types of practitioners and other healing disciplines, and to realize that what they bring to the table can help your patients just as much as you can.”

Staffing is one of the biggest challenges facing any practice, and Dr. Lundquist says he was initially concerned about how he was going to attract the right team.

“I was fortunate because a lot of the right people just came to me. With every one of our practitioners, when there was a need, a door opened and some one really good showed up. We actually did very little recruiting.”

While there may be an element of kismet at work, Dr. Lundquist says attitude also plays a role. “I think it happened the way it did because I was really open. I did not need this to be “Erik Lundquist’s Clinic.” From the start, I was open to advice, to letting others take over certain aspects of the practice. That really helped me attract the right people.”

A Touch of Tech

The care at TCIM is high-touch, but Dr. Lundquist and his team are firm believers in utilizing digital technology when appropriate.