Probiotics given to infants during the critical period shortly after birth and into early childhood confer a number of benefits, including reduced risk of otitis media, and possibly even prevention of type 1 diabetes, according to a spate of recent studies.

The popularity of probiotics has surged dramatically in the US. Their burgeoning reputation as powerful health-enhancing tools is backed by a growing body of microbiome research.

Apart from helping to establish a healthy intestinal system, probiotic supplements have also been shown to support good immune, skin, and even psychological health. With the positive effects of probiotics now well established in adults, scientists have begun exploring ways to bolster their impact in babies and children.

This new focus on the very young makes good physiological sense: establishment of an individual’s microbiome begins at birth, when a newborn is first exposed to microorganisms from her mother and from the immediate environment. The composition of the microbiome changes quicky throughout early life until it resembles that of an adult by around two years of age (Penno, M. et al. BMC Pediatrics. 2013; 13:124, doi: 10.1186/1471-2431-13-124).

Investigators have found that prenatal factors can impact a child’s microbiome development. Cesarean section and maternal antibiotic use in the second and third trimesters, both of which can alter normal maternal-offspring microbiota exchange and disrupt microbial colonization of the newborn gut. This  has been linked with poor health outcomes later in life, including the development of childhood obesity (Mueller, N. Int J Obes. 2015 Apr; 39(4): 665–670). 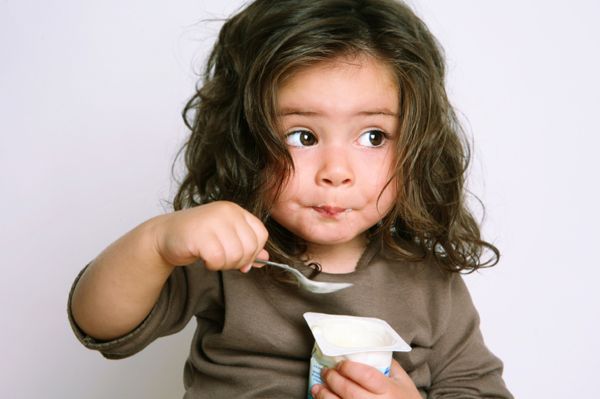 One early-life probiotic study, published earlier this year in JAMA Pediatrics, highlights the close relationship between the digestive and immune systems. Ulla Uusitalo, PhD, of the University of South Florida, Tampa, evaluated probiotic supplementation during infancy and its potential effect on islet autoimmunity.

Islet autoimmunity, a condition that precedes type 1 diabetes, often develops in childhood and occurs when antibodies attack insulin-producing islet cells in the pancreas (Uusitalo, U. et al. JAMA Pediatr. 2016; 170(1): 20-28). The origins of islet autoimmunity are not yet fully understood, though it’s suspected that environmental factors, including the composition of the intestinal microbiome, may be involved.

Owing to the close connection between digestive and immune function, probiotics — which foster healthy gut microbial communities — could play a role in regulating the immune system’s responsiveness to environmental toxins.

Uusitalo and coauthors argued that this hypothesis may apply to islet autoimmunity associated with type 1 diabetes mellitus (T1DM).

Their most recent paper conveys preliminary results from The Environmental Determinants of Diabetes in the Young (TEDDY) study, an ongoing prospective cohort study exploring the causes of type 1 diabetes. TEDDY was initiated in September 2004 and includes more than 7,000 children recruited from six clinical centers, three in the United States (Colorado, Georgia/Florida, and Washington) and three in Europe (Finland, Germany, and Sweden).

To evaluate the development of islet autoimmunity, researchers monitored T1DM-related autoantibodies. They drew blood samples at three-month intervals between the ages of three and 48 months, followed by additional samples collected every six months thereafter. Questionnaires and diaries provided data on participants’ feeding patterns, indicating the consumption of any probiotic supplements or infant formulas. The final study sample consisted of 7,473 children ranging from four to 10 years of age.

Stratifying by country and adjusting for variables including family history of T1DM, HLA-DR-DQ genotypes, child antibiotic use, and maternal probiotic use, the investigators applied time-to-event analysis to measure the association between probiotic consumption and risk of islet autoimmunity. Probiotic use during the first year of a child’s life varied notably by country, with the highest rates occurring in Finland and Germany.

The researchers found that whether through supplementation, fortified infant formulas, or both, children who consumed probiotics between 0-27 days of age had a 44% lower risk for developing islet autoimmunity, when compared with children who first received probiotics either after 27 days or not at all (hazard ratio [HR], 0.66; 95% CI, 0.46-0.94).

While the authors hesitated to make any recommendations around probiotic usage until further research confirms their initial results, they concluded that supplementation may reduce the risk of islet autoimmunity among children at highest genetic risk of T1DM.

A study published late last year in the International Journal of General Medicine found that consuming probiotics during childhood can reduce incidence of otitis media (OM), more commonly known as middle ear infection.  OM is one of the most common health conditions among pediatric patients, affecting approximately 80% of all children at some point during childhood (Di Pierro, F. et al. Int J Gen Med. 2015; 15(8): 303-308).

The investigators treated 22 children with recurrent OM,  for 90 days with a slowly-dissolving chewable probiotic lozenge containing Streptococcus salivarius K12 (BLIS K12®), a branded strain of the bacterial species S. salivarius, which is commonly found in the oral cavity of healthy individuals.

Over the course of a three-month treatment phase, the rate of participants’ acute OM (AOM) infections — calculated as the number of episodes per month per child — dropped by over 40% (p<0.05) when compared to the number of diagnosed infections they experienced in the year prior.

Participants also exhibited improvements in a number of specific measurements for hearing, as well as improved ear canal and eardrum appearance, and reduced fluid buildup in the middle ear.

“Our results indicate a good safety profile, a substantial reduction of AOM episodes, and a positive outcome from the treatment for all of the clinical outcomes tested,” the authors write, concluding that S. salivarius K12 may benefit children with histories of chronic middle ear infection. Their findings suggest that establishing a healthy oral microbiome, which may be supported through probiotic supplementation, can promote optimal upper respiratory health.