A unique partnership between health clinics and small farms in Portland, Oregon, is proving that helping people make the connection between their food choices and their health can lead to meaningful changes.

In 2015, the Multnomah County Health Department and Zenger Farm began a project called CSA Partnerships for Health, to address the growing challenge of food insecurity.

In the course of just one year, this innovative program has grown to include four small farms that now partner with four health clinics in underserved Portland neighborhoods. 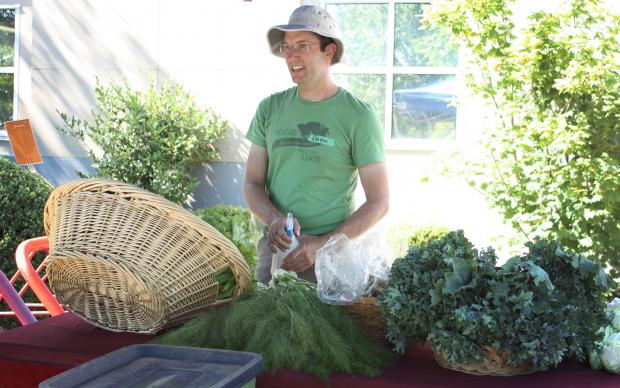 Clinic patients—many of whom have had very limited access to healthy food in the past–become part of the farms’ Community Supported Agriculture (CSA) programs and, each week, pick up their share of locally grown, organic food at the clinics.

Project manager Bryan Allan, who works at Zenger Farm, observes, “Picking up food at the health clinic reinforces the idea that food is the basis of good health.”

At each health center, twenty-five families are able to participate in the program, which is funded by grants from Kaiser Permanente’s Healthy Eating Active Living Program (HEAL) and Oregon Department of Agriculture. Practitioners and community health workers at the participating clinics identify patients whose health conditions would benefit from dietary changes and then make referrals to the program.

Each family pays $5 per week and receives $20 worth of vegetables. Depending on the farm, the CSA season runs between 20-23 weeks.

Health by the Season

As is the case with most CSAs, the produce that is available each week changes along with the growing season.

For example, one week a participant’s CSA share could include zucchini, yellow squash, pattypan squash, broccoli, basil, cucumber, onion, eggplant, Red Russian kale, split peas and some red potatoes. The next week, some of those items could be out of season and different later-season vegetables take their place.

This variation is part of what makes the program tick: participants learn to cook in harmony with the seasons–a valuable skill, and one way to make healthy eating more affordable.

Many people overlook the reality that out of season produce has to be shipped long distances, often from South America. In addition to carrying a heavy carbon footprint, it is usually more expensive.

Locally-grown seasonal fruits and vegetables can be a much cheaper option, and that’s an important factor in low-income communities that typically face a dearth of full service grocery stores and farmers markets. These neighborhoods are usually crowded with fast food restaurants offering inexpensive but nutritionally empty food choices.

When healthy food can be found, it is often more expensive and of poorer quality than found in wealthier neighborhoods. The CSA option puts fresh, healthy produce within reach of people with the greatest need but the least access.

Just getting a variety of vegetables is a positive healthy step for some families. “Wealthier families aren’t afraid to buy veggies that kids may not eat, but poor families can’t afford to do this,” noted Zenger Farms’ Mr. Allen.

Providing vegetables to poor families will have limited impact if the people do not know how to cook them. The CSA partnership program not only exposes people to vegetables to which they may be unfamiliar but, importantly, it teaches how to use them.

On a weekly basis, each of the four farms distributes newsletters to the program participants that include recipes spotlighting that week’s featured vegetables. They also provide skill sheets that can be kept on their refrigerators for easy reference. These cover topics such as ‘how to store veggies’, ‘how to stir-fry’ and ‘seasonings and how to use them’.

The goal, according to Allan is to “teach people to cook with what they have on hand.” In addition, four times per season, the program offers a food demo or hands on cooking classes at facilities near the health clinics to facilitate the clients’ culinary education.

So, does the program work?

An evaluation in 2015 by Portland State University using pre- and post-surveys as well as focus groups provides some early evidence of success. 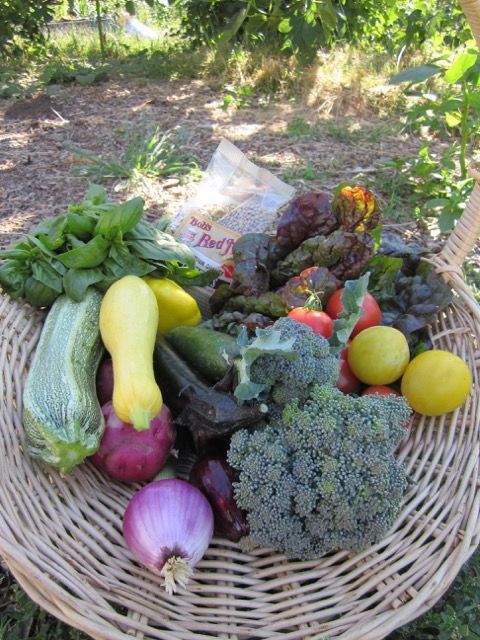 Many participants reported losing weight since beginning their participation in the CSA, and they applauded the social aspect of the program. One member noted that the CSA pick-up was the only reason she got out of bed that day.

Another participant reported that she walked two miles to pick up her produce–a real win/win; not only is she obtaining fresh fruits and vegetables, she’s also upping her physical activity as a result of the program.

For their part, practitioners at the participating clinics are glad to have a new option to help patients deal with chronic diet-related diseases, and appreciate being able to refer patients to a food-based program instead of having to just write another prescription.

CSA Partnerships for Health would like to see this type of system adopted in other parts of the country, and offers a tool kit to help other groups establish similar programs. The kit includes skill sheets, lesson plans, worksheets, samples of member recruitment materials and a memo of understanding.

In return, the Partnership asks that new groups report back some basic statistics such as number of participants and pounds of food distributed. For further information, contact Bryan Allan at bryan@zengerfarm.org.

Tackling obesity and the chronic health conditions to which it leads requires a multi-faceted approach. Using the CSA model to change eating habits is a viable starting point. Helping people develop new tastes and improve their food choices may take time, but can lead to real changes in their health.

Julia Powers is a nutrition consultant and writer based in Hingham, MA. After earning her masters in nutrition at the University of Bridgeport, she opted to further her education at the Maryland University for Integrative Health, where she is enrolled in the nutrition internship program. She also completed a ten-month mentorship program in Functional Medicine & Clinical Nutrition, with Dr. Liz Lipski. In addition to her private consultancy, Julia Powers Nutrition, she is a frequent contributor to Edible South Shore, and South Coast magazines.