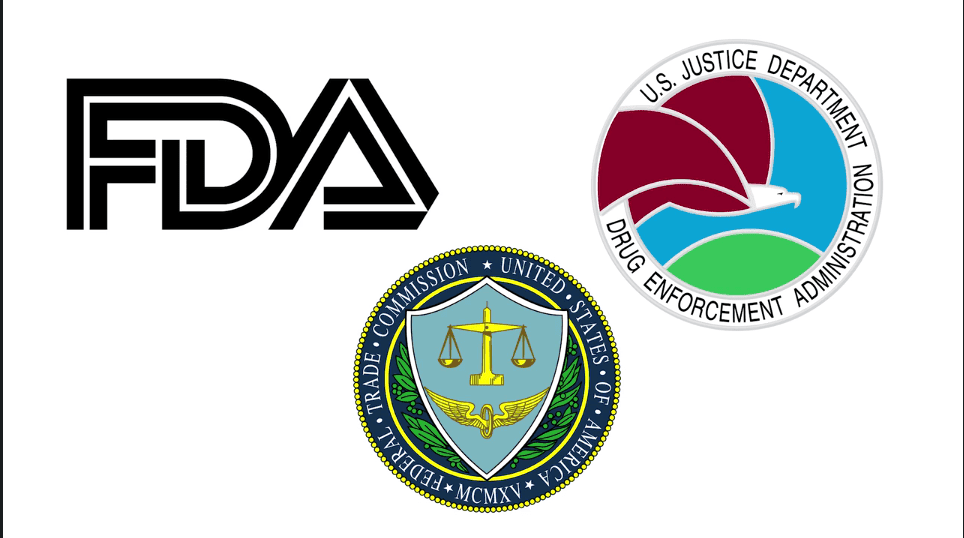 Over the last six months, federal agencies have made regulatory moves that could have significant impact on the practice of holistic, functional, and integrative medicine in the coming years.

While none of these actions represent a direct threat to practice freedom, they set precedents that could greatly limit access to dietary supplements and other foundational tools in the practice of holistic and functional medicine.

In August, the Food and Drug Administration published revisions to its New Dietary Ingredient (NDI) notification process which, if implemented, would “pharmaceutical-ize” supplements, potentially forcing many existing products off the market, and stifling innovation in the field.

Shortly after issuing the NDI guidelines, the FDA eliminated vinpocetine—a vasodilator compound derived from Vinca—from its list of acceptable supplement ingredients. The move sets a precedent for the quiet “disappearance” of other botanicals.

If implemented as written, the guidelines have potential to change the regulatory status of thousands of products.

The basis for the NDI notification system is in the Dietary Supplement Health Education Act (DSHEA) of 1994, which set up the regulatory framework governing the supplement industry.

Under the law, companies bringing novel supplement ingredients to market are supposed to notify the FDA of that intention. The agency would then review safety data supporting the ingredients prior to their entry into the market.

FDA sees NDI notification as a preventive control to protect consumers from exposure to ingredients of unknown safety.

But in the two decades since passage of DSHEA, FDA’s definition of what constitutes a “novel” ingredient has been vague, as have the standards of evidence needed to prove safety.

As a result, industry compliance and regulatory enforcement have both been slack. According to FDA there are 55,600 supplement products already on the US market, and more than 5,000 new ones emerging every year. But the agency only receives an average of 38 NDI notifications per year.

The NDI process, as detailed in the August guidelines, will allegedly grandfather any naturally occurring compound provably in the food supply as a dietary ingredient or dietary supplement ingredient prior to October 1994. New ingredients or formulations introduced after ’94 would be reclassified as an NDI and subject to review.

This sounds reasonable, but there’s a catch: Since there was no official definition of “dietary supplement” or “dietary ingredient” prior to DSHEA in 1994, it could be hard to prove something was in fact a dietary ingredient in the pre-DSHEA era.

Under the new guidelines, many old ingredients could be reclassified as NDIs—and subject to costly review– if any aspect of the formulation has changed.

Loren Israelsen, executive director of the United Natural Products Alliance, an industry trade group, explains that any change in a supplement’s formulation, manufacturing process, dosage, or delivery form could reclassify an ingredient as an NDI, and require it to undergo a quasi-pharma level of safety review.

For example, one could argue that turmeric is a naturally occurring spice that’s been part of the food supply for centuries prior to passage of DSHEA.

But a highly purified isolate of curcumin extracted from turmeric? That might not fly under the FDA’s new proposed rules, meaning that any or all curcumin supplements could be pulled from the market until FDA completes exhaustive safety reviews.

Some clinicians might consider the increased safety scrutiny to be a good thing. There’s no question there are holes in existing supplement regulation. But given how widely supplements are used—a recent estimate just published in JAMA indicates that 52% of all US adults use these products regularly—the incidence of supplement-related adverse events remains quite low.

Israelsen, one of the original architects of DSHEA, estimates that compliance with the new rules as written could cost manufacturers somewhere between $2B and $6B annually, and will strongly discourage companies from developing new formulations or introducing new ingredients.

There will be heavy costs on the federal side as well. Unless Congress markedly augments the FDA’s budget, the agency won’t likely have the resources to handle the surge of NDI notifications the new guidelines would generate.

The FDA’s NDI notification guidelines are open for public comment until December 12. If you utilize supplements in your practice, you need to understand and weigh in on this issue; it has far-reaching implications for you and your patients.

For a foretaste of life under the new NDI rules, consider vinpocetine.

Just a few weeks after releasing the NDI guidance, the FDA announced an intention to deem this vasodilator compound– originally found in the Periwinkle plant (Vinca minor) and sold for decades in supplements for cognitive support and weight loss—no longer permissible in supplement products.

This is despite the fact that there are five NDI notifications for vinpocetine in the FDA’s database. In each of these five cases, FDA ruled that the ingredient is safe based on then-available data. There have been no surges in vinpocetine related side effects in recent years that would prompt such sudden, rapid action.

The move might stem from a push by Missouri senator Claire McCaskill, of the Senate’s Special Committee on Aging, who in 2015 called on the FDA to suspend sales of vinpocetine-containing supplements.

Or it may have to do with the fact that back in 1981, a drug-maker filed an Investigational New Drug application for vinpocetine and conducted several clinical trials, though no prescription vinpocetine ever came to market in the US. Vinpocetine is sold as the drug Cavinton in Europe.

The way the laws are written, if something comes to market first as a supplement it may be later developed into a pharmaceutical—think prescription fish oils like Lovaza. But if a compound is first developed as a drug, it can never be a supplement.

The FDA’s—and McCaskill’s–other big argument against vinpocetine is that most products on the market contain synthetic forms of the compound, not extracts from plants, meaning that they are not technically “naturally-occurring forms.”

That’s fair enough, from the viewpoint that natural products should contain naturally-occurring ingredients.

But if the FDA applies this logic across the industry, a vast number of products will face imminent ban, because synthetic forms of vitamins, and “bio-identical” botanicals are ubiquitous.

Rather than wanton banishing of ingredients, a more meaningful approach might be to require manufacturers to disclose the presence of synthetic ingredients on product labels, giving consumers freedom of choice. Given how the GMO labeling effort panned out, this is not likely to happen.

In September, the Drug Enforcement Agency invoked its emergency powers to classify the herb Kratom as a Schedule 1 drug of abuse.

This Asian herb, which many Americans had barely even heard of prior to the DEA’s move, has been growing in popularity in recent years among people with chronic pain, PTSD, and anxiety.

Indigenous to Malaysia, New Guinea and other parts of Southeast Asia, Kratom (Mitragyna speciosa) is a tropical evergreen tree, and a distant relative of coffee.

It has a history of traditional use for chronic pain in Asian countries.

Though the scope of use in the US is not clear, it has been on the rise in the wake of the opioid addiction epidemic and the medical community’s growing reluctance to prescribe opioids.

Though not technically an opiate, Kratom contains alkaloids with both stimulant and depressant effects mediated primarily through monoaminergic and opioid receptors in the central nervous system.

Some chronic pain patients say Kratom is a life-saver.

The DEA says the herb—which people take in pill or capsule form, or as a tea– is dangerous, citing risks of addiction, overdose, respiratory depression, and seizures.

To make its case for the ban, DEA points to rising hospitalization rates, and a whopping 15 Kratom-associated deaths in the US between 2014 and 2016. That’s about 7 per year, right up there with lightning strikes, shark attacks, and assaults by people in clown suits.

CDC data show only 660 Kratom-related reports to poison control centers between 2010 and 2015, for an average of 132 per year. One quarter of these were mild and non-life threatening, and 42% were only moderately serious. While 49 of these cases (7%) were life threatening, a few of these were in people taking prescription drugs in addition to Kratom.

Whether the actual adverse events were from Kratom itself or from contaminants and adulterants, we may never know.

Overall, the stats are a fairly flimsy basis for sudden criminalization of a potentially useful herb, at a time when chronic pain is rampant, prescription opiate addiction is out of hand, and side-effects from anti-inflammatory drugs cost the nation $368 million or more every year.

DEA’s attempt to ban Kratom triggered a massive public outcry—well relatively massive, given the obscurity of the plant.

More than 130,000 citizens—including many military vets and chronic pain patients—signed a petition to block the ban. In mid-September, hundreds of Kratom advocates marched in front of the White House.

A surprisingly bipartisan coalition of over 50 legislators sent a joint letter urging the DEA to stand-down. On October 12, the DEA said it is scrapping the ban, and instead opening a public comment and review period, while awaiting an FDA analysis of Kratom, prior to making a final determination about how to regulate the herb.

Of note, FDA is currently reviewing an intravenous opioid drug called Oliceridine (Trevena) that has some biochemical similarities to compounds found in Kratom. Trevena already has several successful phase II Oliceridine trials in its portfolio. Two phase III studies are in progress.

The supplement industry isn’t the only sector feeling increased regulatory heat. The Federal Trade Commission has been going after companies that make brain-training games.

At peak last year, Lumosity had engaged roughly 70 million people, many of whom were paying $15 per month for access to the system’s vast array of games designed to stimulate and strengthen various cognitive skills.

FTC argued that Lumos used shoddy science to peddle false hope and pander to fears of dementia. The company settled for $2 million, which will be used to refund more than 13,000 customer grievances.

In fact, Lumosity has been the subject of a number of studies. While outcomes have been mixed, there are several trials showing increased alertness, enhanced neurocognitive plasticity, improved visual attention, and improved function across several cognitive parameters. That said, there is no definitive evidence that Lumosity—or any other brain game system—can prevent dementia.

Financially, Lumos’ settlement is minute. But the impact has been far-reaching. In effect, the FTC squelched the company.

According to a recent article on the STATNews website, new downloads of Lumosity’s iPhone app dropped from a peak of 2 million per month in 2013 to less than 400,000 per month this past summer.

Lumos may have exaggerated the science supporting its system, but given the ubiquity of dementia, the absence of any meaningful conventional therapy, and the absolute safety of brain training, the FTC’s action seems very misguided.

So far, no practitioners have been implicated in this, or any of the above actions. But if federal agencies continue their current course, the net result could be an increasingly restrictive environment for holistic and functional medicine.

By and large, practicing clinicians have not been involved in shaping regulatory policy. Consequently, the regulations often serve agendas that have more to do with entrenched industry interests and political grandstanding than with the health and wellbeing of the nation.