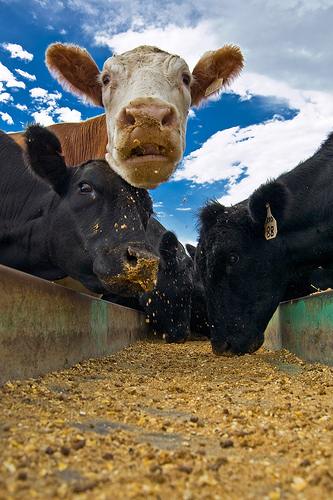 A Food & Drug Administration order prohibiting the use of certain antibiotics for certain kinds of livestock finally went into effect this summer, but according to some public health advocates, the FDA’s move is too little, too late.

The order, approved last January and implemented in June, prohibits the off-label use of most cephalosporin drugs in cattle, swine, chicken, and turkeys. FDA’s new rule generally prohibits the agricultural use of cephalosporins at unapproved dose levels, frequencies, durations, or routes of administration. It also prohibits livestock producers from using cephalosporins intended for humans or companion animals, and from using them for livestock disease prevention.

Livestock producers represent the largest sector of antibiotic drug users by volume, and there’s consensus among public health researchers that agricultural overuse of antibiotics—many of which are primarily intended for human use– is a major driver in the emergence of drug-resistant human pathogens.

“The problem of antibiotic resistance is out of the barn. It’s inevitable that we’ll get hit with an outbreak of something we can’t treat,” said Sarah A. Klein, JD, staff attorney for the Center for Science in the Public Interest (CSPI), in Washington, DC.

“Right now there are generally other drugs people can be prescribed if the first and second line drugs fail, but we’re reaching the point where that won’t be the case,” she said. “We’re not developing antibiotics fast enough, and there are a finite number of antibiotics available for human medicine,” added Ms. Klein. For several decades, CSPI has been pushing for tighter regulation of antibiotic use in livestock. 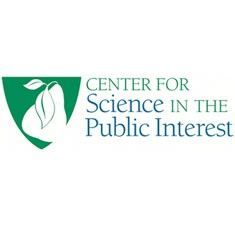 earlier rule proposed in 2008 would have made more stringent limitations, but it was rescinded, and replaced with this year’s final rule, Ms. Klein said. At the same time, the FDA also released two proposed sets of guidelines for the use of two other classes of antibiotics in livestock.

“Those guidelines are fairly robust in terms of the impact they’d have on antibiotic resistance in a perfect world where everybody complied, but the fact is, they are voluntary guidelines, and we don’t live in a world where everybody cares. They are open for notice and comment right now, but that doesn’t really matter,” she told Holistic Primary Care.

The voluntary guidelines would ask industry to use fewer drugs for non-therapeutic and growth promotion purposes, and just use them to treat sick animals,” Ms. Klein explained.

“The FDA is taking baby steps, but I hope they will take bigger steps in the near future,” said Awa Aidara-Kane, PhD, coordinator of food safety and zoonoses at the World Health Organization in Geneva, Switzerland.

While the FDA’s new rule is an improvement, the US is not yet completely in line with WHO principles, which clearly recommend that the use of antibiotics in livestock should be terminated, or completely phased out, Dr. Aidara-Kane told Holistic Primary Care.

“For the time being, the only group of countries where antimicrobial use in livestock is totally banned, and the ban is enforced, is in countries from the European community, since 2006,” Dr. Aidara-Kane added. In some other countries, such as Kenya, the ban is in place, but there is no enforcement mechanism.

“The antibiotics are used first to prevent the spread of disease in a herd,” said CSPI’s Dr. Klein. By analogy, it is as if, “one person in a house got an ear infection, and they gave everybody in that house an antibiotic. This is what they do to animals, rather than changing industry practices like not crowding the animals,” she explained.

Disease resistance among animals is reaching an epidemic proportion, Dr. Klein suggested. “When we find that 80% of turkey samples are infected, it doesn’t trigger any regulatory action.” CSPI has identified at least five food-borne outbreaks since 2001 linked to cephalosporin-resistant Salmonella. The outbreaks resulted in at least 200 illnesses and one death.

The experience in European nations has indicated that overuse of antibiotics in livestock can be controlled. “A great example is Denmark, where antimicrobial use in livestock has been reduced by 60%, Dr. Klein pointed out.

One example of a non-binding rule on the subject, which is nevertheless influential, is the WHO’s codex guidelines on antimicrobials, she added. “But these guidelines are recognized by the WTO, and if there is a problem between two countries, the guidelines are taken into account to judge any problem that may arise,” she said.

CSPI Wins a Round

CSPI has already won a round in a federal lawsuit filed a decade ago, after petitioning the FDA to withdraw several classes of antibiotics—particularly penicillin and tetracycline– for use in livestock.

“The FDA took about a decade and denied the petition, so we filed suit, and said their decision was arbitrary and capricious,” explained Dr. Klein. In March of this year, US District Court Judge Theodore Katz ruled in favor of CSPI and the other litigants, on the first issue.

“The posture was originally that we had to prove in these petitions that use of these drugs in livestock was unreasonably dangerous to human health. The court ruled that we met our burden, and now the FDA will have to prove they’re not dangerous, or will have to withdraw them,” Dr. Klein said.