What is a medical device? Is your fitness tracker considered to be one?

These are questions on the table for many consumers and tech companies these days. 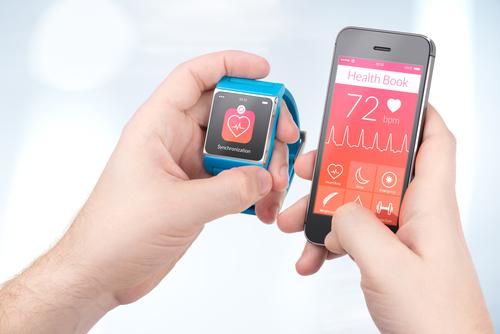 If the FDA should decide to revise its current policy on fitness trackers, changing their status from “general wellness products” to “medical devices,” it could change the game for many health tech companies and their consumers, as well as for clinicians who’ve gotten into the “quantified self” movement.

For the foreseeable future, though, it seems that the FDA is content with the status quo.

Fitness and Health trackers hit the market strongly a few years ago, and they are evolving far faster than the federal regulatory framework.

According to a recent consumer survey by Accenture, the use of mobile self-tracking apps has doubled in the last two years. The consulting firm estimates that 33% of all consumers now use mobile health apps, up from 14% in 2014.

As these self-tracking tools continue to evolve, some of the largest tech companies—major players like Samsung–are asking the FDA to more clearly define the regulations governing fitness assessment tools. The existing rules, they say, are too lax and vague.

Is a Fitbit or Apple watch with a heart rate monitor a medical device that needs to be regulated by the FDA? Based on its new draft guidance, the FDA doesn’t seem to think so.

The Administration considers them to be “low risk devices and general wellness products,” and the new guidelines seem to suggest that these types of devices will continue to have limited regulation.

The FDA considers something to be a “medical device” if it’s used to diagnose or treat a disease. “Low risk” devices are non-invasive and generally do not “pose a risk to a user’s safety if device controls are not applied.”

According to the FDA’s new “low risk” guidance document, issued early in 2015, a general wellness product may legally be marketed without prior FDA approval or oversight, using one or both of the following types of claims:

None of the claims can make any reference to diagnosing or treating diseases or other medical conditions. The FDA’s current “general wellness” policy also states it “does not cover devices that present inherent risks to a user’s safety” such as lasers or any other potentially invasive technology.

Samsung, which produces wearable fitness/health trackers including the Gear Fit smart watch and the S Health tracker, has asked the FDA for explicit mentions of some types of products, and even provided suggestions on the language the agency should use in its final guidance.

The company wants to make sure the FDA won’t regulate some devices that store data, such as an app that stores blood glucose or blood pressure data from another device.

Samsung’s suggested text includes the following, “Product X promotes physical activity, which, as part of a healthy lifestyle, may help reduce the risk of high blood pressure. If Product X also includes [a Medical Device Data System] feature for tracking and displaying blood pressure data that is generated by a connected medical device, this will not disqualify Product X from being considered a wellness product.”

Similarly, the Telecommunications Industry Association, which represents hundreds of companies, suggested the FDA include references to a “mobile medical application” that would store blood pressure and glucose information, whether inputted by the user or wirelessly sent to an app.

TIA also states in its comments, that other parameters identified in the draft guidance, “are not well-defined and may

inadvertently capture new products and technologies that otherwise should be able to take advantage of this new policy. FDA should clarify to what extent a technology may “pose a risk.”

For example, it is not clear if a product with a battery would pose a risk to the user because there is a minor potential for shock or burn. Moreover, FDA should clarify that not all uses of a laser are deemed a risk. A laser used at a very low power setting, such as that of a laser pointer, does not rise to the level of risk contemplated by the draft guidance,” TIA notes.

The Consumer Technology Association (formerly the Consumer Electronics Association),the principal trade association for the electronics industry, said in its comments that it wants FDA to include specific examples in its guidance on “general wellness products.”

In a formal statement in response to the draft guidelines, CTA would like to see the FDA expand its specific definition of “general wellness” products to include gizmos that help people monitor:

For example, products that use novel skin-contact materials for which biocompatibility has not been previously established, would fall into an ambiguous category, according to CEA.

In general though, the FDA’s decision not to re-designate wearable fitness trackers as full-on medical devices has met with praise from the tech industry. Most trade groups have been highly supportive of FDA’s efforts to lay out clear ground rules for the fitness tech sector.

Some analysts have pointed out that FDA’s position on fitness apps versus medical devices is quite analogous to the agency’s distinction between dietary supplements and drugs: the degree of regulation is highly dependent on the intended use, the explicit marketing claim, and the potential for harm.

In a rapidly changing world like healthcare technology, it is inevitable that many new products will fail to fit into the government’s regulatory categories, which were defined decades ago.

Should video games that claim to help kids overcome autism be regulated by the FDA as medical devices? What about apps that help people manage obesity? Under existing guidance the answer is, Yes on both.

Heart rate monitoring during exercise? That depends on context.

There is definitely a lot of remaining ambiguity in the existing regulatory framework. Device makers, it seems, want the line drawn clearly and as specifically as possible—which is understandable given the levels of financial investment they make in developing new equipment. They want to eliminate the grey areas and have specific language to address the claims they want to use to market their products.

At the same time it is very clear that the tech industry does not want to see fitness monitors and wellness apps be re-categorized as medical devices, and subjected to the same level of oversight as, say, CT scanners.

“We recognize and support FDA’s authority to regulate medical devices,” the CEA writes in its comment, “but believe that consumers should have access to low risk technology that will enable them to live a healthier lifestyle.”

The FDA is working on the final version of the guidance on low risk wellness technology, but for now at least, the agency has not shown any inclination to stop the self-management revolution.