When a patient presents with symptoms of arthritis or evidence of osteoporosis, most clinicians would not immediately look to the gastrointestinal tract for pathogenic clues. But they should, says Chad Larson, DC.A growing body of research as well as clinical experience shows correlations between intestinal permeability and common disorders of the bones and joints.

Increased intestinal permeability—also known as “leaky gut”–is a root cause of many autoimmune reactions. Increased permeability means that potential antigens from inside the gut can pass into the blood and activate the immune system. These activations and reactions are a key trigger of many bone and joint problems, explained Dr. Larson, a chiropractor and functional medicine practitioner in Encinitas, CA.

He is one of a rising number of clinicians from diverse disciplines who have recognized the role of autoimmune reactions in the etiology of a wide range of seemingly unrelated disorders.

The good news is that it is now possible to detect autoimmune antibodies in blood long before chronic autoimmune reactions cause end-stage tissue damage. This opens a wide window for interventions that can ameliorate autoimmunity and, ideally, avert years of suffering.

A Dx is Just the Beginning

Biomarkers of autoimmunity typically show up in blood several years before disease processes manifest as symptoms. “We can assess the 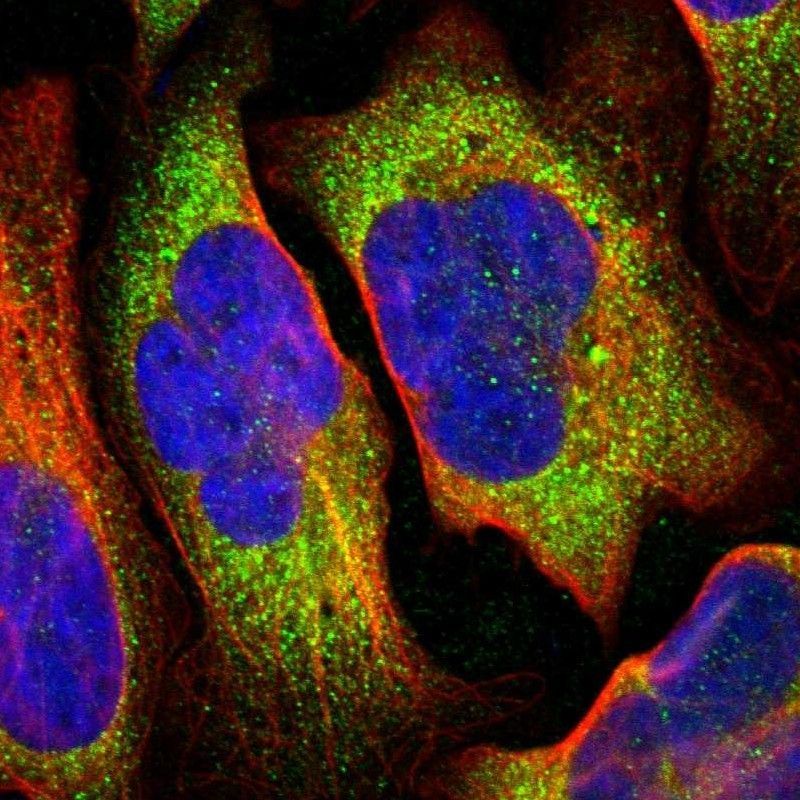 Patients with joint or bone disorders should be evaluated for leaky gut, advised Dr. Larson. He stressed that diagnosis of a condition like osteoporosis or osteoarthritis is not an endpoint. “It’s the beginning of our investigation of why a disease process is manifesting. Often it’s autoimmune in origin. By knowing that, it creates a therapeutic branch point, where in some individuals with osteoporosis we need to go down the immune system pathway rather than looking at other possible origins of the disease. “

A number of important biomarkers of autoimmunity correlate strongly with bone, joint and connective tissue disorders:

As a group, the fibulins play a central role in the assembly and stabilization of extracellular matrix structures. They regulate organogenesis, vasculogenesis, hemostasis, fibrogenesis, and also tumor formation.

One factor that’s probably under-appreciated is the inter-relationship between osteoporosis, arthritis and celiac disease.

Celiac is clearly associated with abnormal intestinal permeability, which may contribute to osteoporosis by causing changes in bone metabolism and electrolyte balance. But the link may be even more direct: Celiac-associated autoantibodies may actually attack bone and joint tissue.

More than a decade ago, Dr. Emilia Sugai and her research team in Buenos Aires observed that, “Osteopenia and osteoporosis are well-known complications detected in celiac disease patients.” They studied autoantibodies in the blood of people with celiac, and found that many had antibodies targeting bone tissue transglutaminases.

“Based on the localization of the immunoreactivity, we speculate that they might have an active role in the pathophysiology of celiac disease-associated bone complications,” the authors noted (Sugai E, et al. J Clin Immunol. 2002: 22(6): 353-362).