People with metabolic syndrome who add a soy-based “medical food” to a low-glycemic load Mediterranean-style diet can push the cardiometabolic benefits well beyond what is obtainable with the diet alone.

Data from a multi-center trial involving 89 women with metabolic syndrome underscore the value of the UltraMeal PLUS 360° medical food as a tool in normalizing lipid profiles and reducing other risk factors for diabetes and cardiovascular events.

Investigators excluded patients with heart, liver or kidney disease, as well as those on drugs for glucose control or cholesterol reduction. 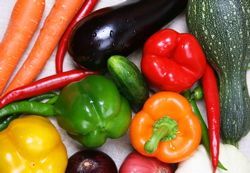 Registered dietitians taught patients a Mediterranean-style, low glycemic diet, which they followed for 12 weeks. The diet emphasized vegetables, legumes, fish, and lean meat. There were specific limits on grain intake (1 serving/day) and alcohol (an optional 1 serving/day), but no explicit caloric restrictions. The patients were advised to avoid natural and artificial sweeteners, and asked to keep detailed daily food records.

Forty-five of the women were randomly assigned to include UltraMeal PLUS 360°, a high-protein, low fat, low-glycemic meal replacement shake mix. The product is comprised of a phytosterol-rich soy protein base, as well as key vitamins and minerals, and phytotherapeutic extracts from hops and acacia. Patients made shakes consisting of 2 scoops of the UltraMeal powder, twice daily. Each shake added roughly 165 calories and 15 grams of protein to the diet, with little carbohydrate and sugar.

UltraMeal products are made by Metagenics, and are cornerstones in the company’s FirstLine Therapy program. The company funded the trial.

At the end of 12 weeks, the women in both groups showed significant reductions in body weight, waist circumference, systolic and diastolic blood pressure, and plasma triglycerides, with no significant differences between those on the diet alone and those adding the medical food. Mean weight loss was 6 kg in both groups,

While the medical food did not reduce plasma homocysteine relative to baseline, it prevented the homocysteine increase observed in the diet-alone group. This homocysteine stabilizing effect is probably attributable to the B vitamins in the UltraMeal formula.

By the end of the study, 44% of the women in the UltraMeal group and 32% of those on diet alone no longer met the criteria for metabolic syndrome.

In an interview with Holistic Primary Care, Dr. Joseph Lamb, MD, Director of Intramural Clinical Research at Metagenics, shared trial data not included in the published report. There was a subset of patients who had elevated hemoglobin A1c’s (greater than 6.5). In this subgroup, the diet alone reduced the mean Homeostatic Model Assessment (HOMA) score by 11%, but the UltraMeal medical food reduced it by 44.5%. Though this study was not designed to assess the efficacy of UltraMeal PLUS 360 in people with frank diabetes, the outcomes do suggest better glucose control.

“Diet alone reduced fasting insulin levels by 3%, but addition of the medical food reduced it by 37%. Average fasting blood glucose decreased by 9% with diet alone, but it went down by 12% with the medical food,” said Dr. Lamb. “Though this is post-hoc analysis, these are very suggestive findings.”

The fact that the medical food gave no weight loss effect beyond that achieved by the diet alone underscores an important point: the additional risk factor reduction occurred independent of weight loss. “There are benefits above and beyond what you get with weight loss,” Dr. Lamb said. The company is hoping to initiate a much larger study in the near future, involving 250 people with metabolic syndrome.

What is a “Medical Food”?

“Think of it as a therapeutic accelerator,” said Kristi Hughes, ND, a naturopath & 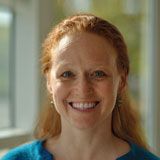 functional medicine practitioner in Alexandria, MN. “You can achieve a lot with diet and lifestyle change alone, but adding UltraMeal helps patients get there faster, and maintain the changes.”

Dr. Hughes explained that medical food products generally fall into one of 3 categories, depending on their protein base. The type protein tends to determine the therapeutic uses.

Soy-based products, rich in phytosterols and isoflavones, are most useful for reducing cardiometabolic risk. They help reduce intra-abdominal fat, normalize lipids. and improve insulin sensitivity. They are best suited for people with metabolic syndrome and cardiovascular disease.

Whey-based products are for maintaining and building muscle mass. Whey protein is a key component in many muscle-building formulas. It can also be helpful in preventing or reversing disease-associated muscle wasting.

UltraMeal Regular is soy based, though Metagenics also makes a rice-based version. The basic formula includes a number of vitamins and minerals, but does not contain targeted phytochemicals. In conjunction with a healthy diet, it can help people burn intraabdominal fat.

The UltraMeal PLUS 360° formula used in the multicenter trial, contains Rho-iso-alpha acids (RIAAs), which are selective kinase response modulators derived from hops (Humulus lupulus). RIAAs target adipocytes and increase secretion of adiponectin, a beneficial cytokine that improves insulin sensitivity. Typically, adiponectin is down-regulated in metabolic syndrome. The 360 formula also includes an extract from Acacia nilotica, which has anti-inflammatory and insulin-sensitizing properties.

While a medical food like UltraMeal is not a “magic bullet” solution to the problem of metabolic syndrome, it can be a big help. “It is fantastic for patients who cannot or will not change their diets,” said Dr. Hughes, who has been using the products in her clinics for several years.

“Some people need help moving from pre-contemplation to the point where they start to think seriously about making changes. Medical foods are a good bridge. When people start to feel a little better, they get more motivated. When they use the medical food, they feel hungry less often, cravings go down, they start to see fat melt away. That often motivates them to change more.”

Ideally, a medical food should be part of a comprehensive lifestyle change program. Dr. Hughes offered the following tips for reversing metabolic syndrome:

Eat the Rainbow: Teach patients to eat liberally from the entire vegetable “rainbow” of red, orange, yellow, green, tan and blue-purple. The more (natural) color they get into their meals, the better. A colorful, veg-heavy diet provides a host of anti-inflammatory, anti-oxidant phytochemicals as well as plenty of fiber.

Reverse the Pyramid: The “classic” USDA food pyramid, with its base of grains and cereals, its apex of protein, and its emphasis on “low fat” is basically a recipe for cardiometabolic syndrome. To reverse the disorder, reverse the pyramid: minimize grains, and increase high-quality proteins low in saturated fat (lean meat, fish, poultry, nuts & seeds, legumes).

If a patient is willing to make basic dietary changes, it makes sense to get those going before introducing a medical food. It also makes sense to address any digestive problems; a patient will benefit far more from a medical food if he or she can digest and absorb it properly. This is particularly important before starting a soy-based product like UltraMeal Plus 360.

“Some people don’t tolerate legumes very well. It’s not really an allergy per se, but a reflection of poor digestion. If you improve their digestive function, by giving digestive enzymes with each meal for example, most will no longer have the problem,” she told Holistic Primary Care.

There are no major safety issues with a medical food like UltraMeal, which is entirely free of stimulants or “diet drugs.” There were no adverse effects reported in the three-center study, and the vast majority of patients enjoy the shakes. Dr. Hughes said that in her experience, the product can be used safely by people already taking medication. In some cases it can obviate the need for lipid modulating or insulin sensitizing drugs.

One should be a bit cautious with people on coumadin, as some of the phytochemicals in the formula are metabolized via the same liver pathways as coumadin. Generally, this is not a problem; it just needs close attention.

“Fun Medicine to Do”

Dr. Mark Logan, a primary care physician in Rutland, VT, has been using the

UltraMeal products as part of the FirstLine Therapy program for over two years. He has well over 300 patients who’ve done the 12-week program, and says his results are in accord with what investigators saw in the multicenter trial.

“Typically, we’ll see 30-40% reductions in LDL and TGL. Sometimes it happens in 6 weeks, but more often it takes the full 12 weeks,” he told Holistic Primary Care. “We also see weight loss, beneficial body composition changes, improvements in fatigue and depression. This is really fun medicine to do!”

Having completed the Fellowship in Integrative Medicine at University of Arizona, Dr. Logan was on board with the basic principles of nutrition-based medicine, but says he was skeptical about FirstLine Therapy (FLT). He didn’t think it would work for his patients with established type-2 diabetes, and further, he didn’t think it would fly in his small, medically conservative New England town. He was proven wrong!

One of his first cases was a husband and wife who both had diabetes. Both were already on glyburide and metformin. Expecting failure, he nonetheless, encouraged them to try the UltraMeal program. “It worked! Rapidly, too. By 12 weeks, they’d each lost 30-40 pounds, their A1cs were under 6, and I was able to get them off their meds. So I said to myself, “If that can happen with these people, what else can happen?””

In the two years since, many things have happened. Dr. Logan has been able to get dozens of patients off medications, particularly those that are willing to make comprehensive lifestyle changes and get into exercise.

Engagement with the FLT system also led Dr. Logan to a side job as a restaurateur!  “A good friend of mine, Donald Billings, is a very talented chef, and we were talking about what would it be like to have a restaurant that my FLT patients could eat in, a restaurant that allowed them to adhere to the plan while enjoying eating out. I was half-joking at first, but he wasn’t!” 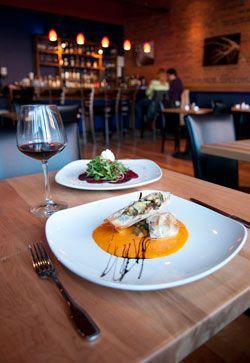 The result is Roots, a farm-to-table locovore restaurant that has become so popular in the Rutland area that Dr. Logan can’t even get a table on a Saturday night. Once weekly, the restaurant does an entirely “FLT-compatible” menu. “I really had no interest in starting a restaurant, but it has been very successful,” he said.

The FLT program provides a very well-structured way for physicians to incorporate nutrition-based medicine into their practices. For those in insurance-based practice, office visits are reimbursable, though the products like UltraMeal are not. Those typically cost patients $49-53 per 14-serving container.

A twice-daily regimen costs roughly $200 per month, which amounts to $6.67 per day. That’s not cheap but no more expensive than a couple of premium coffees, and less than a glass of wine or a mixed drink in most towns. Most people reach goals within three months and many can stop or at least cut back on the medical food at that point.

Dr. Logan said people in Rutland were a lot more accepting of FLT than he expected. “I wasn’t sure it would work because I didn’t believe people really would change. I was proven wrong. People can and do change if you give them the correct structure. This gives them a very good structure.”

The clinical community has also been surprisingly welcoming. “My fear fantasy about resistance from the medical community was just that—a fantasy. There hasn’t been much resistance at all. In fact, I get a lot of referrals from my medical colleagues. Rutland is a fairly blue-collar town with a very conservative medical community, but the people here don’t perceive this as “fringe” or “new age.” It’s the kind of medicine we should be doing.”