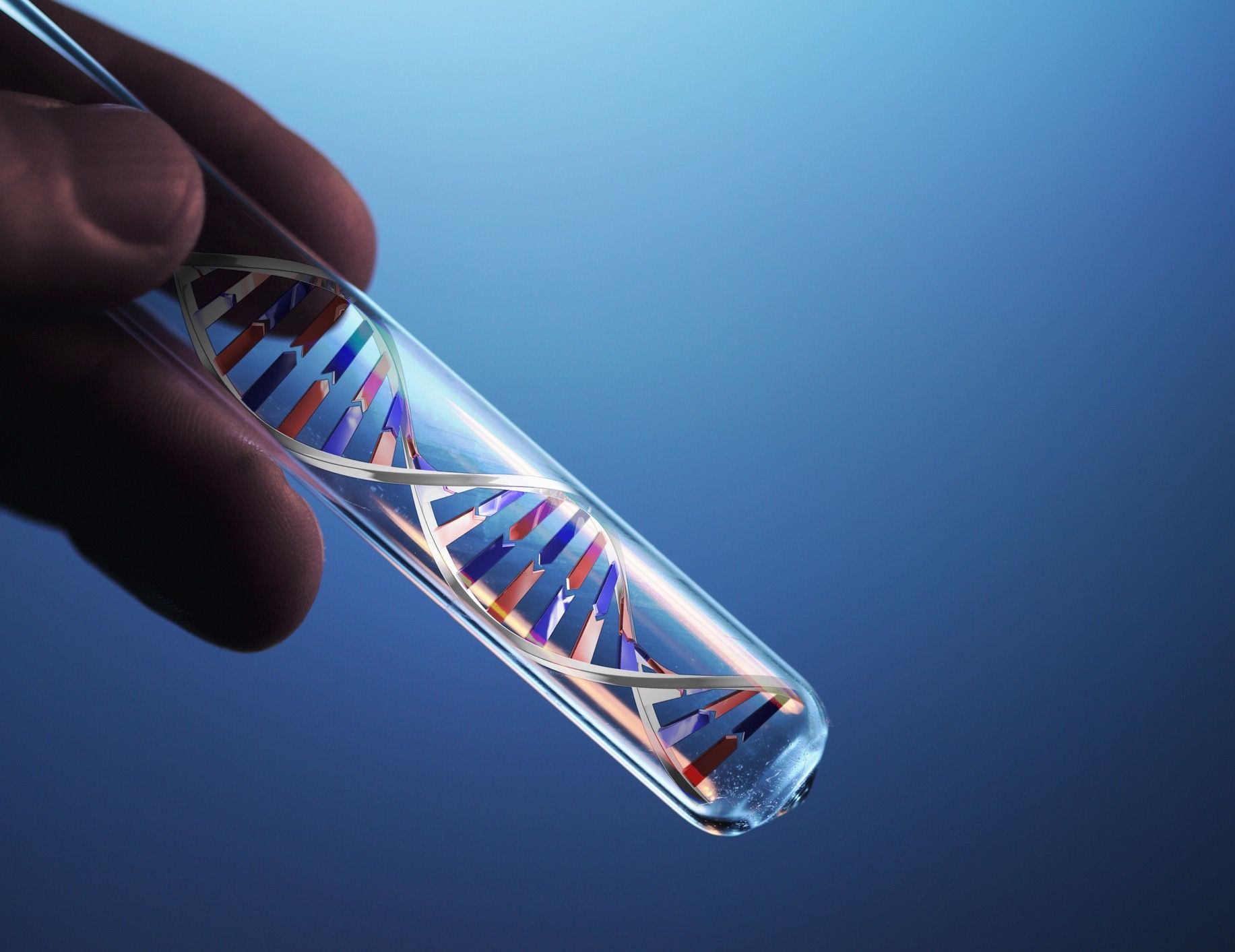 Should consumers have free access to at-home cancer testing kits without physician oversight? Definitely not, according to the Food and Drug Administration.

The agency has finally put its foot down in a ruling that is likely to squelch the marketing of direct-to-consumer cancer tests for some time.

At the same time, FDA has given the green light to the further development of so-called “liquid biopsies”—tests that purport to detect tumor DNA non-invasively in blood samples.

It is clear that a new wave of cancer detection methodologies is emerging from the biotech sector, driven in part by the scramble to translate genome science into useful clinical tools.

From a regulatory viewpoint, these new tests raise three important issues: Are the tests themselves valid for early detection of cancer? Are they better than established diagnostic methods? Should people be required to be under a doctor’s care in order to have access to cancer tests?

These issues often get blurred together in the heat of the public’s concerns about cancer, the hype around genomic innovations, and the high incentive for biotech companies to bring profitable products to market.

At the center of a recent controversy is a new cancer screening method released by Pathway Genomics, called CancerIntercept™ Detect, which claims to be a non-invasive blood test for detection of a number of different cancer types, including colorectal, breast, lung, ovarian, and skin malignancies.

Pathway, a San Diego company focused on personalized medicine based on artificial intelligence protocols powered by IBM’s Watson, got immediate attention from the FDA last year when the company began marketing the tests directly to consumers.

CancerIntercept Detect fits the description of “liquid biopsy,” which is a molecular diagnostic technique that uses bodily fluids, such as blood, to detect the presence of cell-free tumor DNA thought to be associated with various types of cancer. According to the FDA, this test also qualifies as an in vitro diagnostic test (IVD)

Both normal and tumor cells release small DNA fragments into the bloodstream (cell-free DNA or cfDNA). Analysis of circulating tumor DNA is what researchers say may give valuable information about the underlying genomic make-up of a patient’s tumor—if one is present.

Last Fall, the FDA reviewed a white paper, entitled “Liquid Biopsy for the Detection and Monitoring of Cancer: Analysis of 96 Hotspot Mutations via Plasma Derived Circulating Tumor DNA,” that was posted—and can still be found—on the Pathway Genomics website. The agency challenged Pathway’s ability to support and substantiate its claims.

“We have reviewed the information presented on your website in the white paper…..It is unclear how the literature that you cited, addressing the presence of circulating tumor DNA (ctDNA) in already-diagnosed patients, is adequate to support the expansive claims of screening for early cancer detection using ctDNA in undiagnosed patients for up to 10 different cancers…”

The FDA goes on to state that the test is high-risk and may harm the public. The regulators argue that the test kits have not received clinical validation and they appear to fall under the “medical device” category, which requires FDA approval, regulation, and oversight.

In its letters to Pathway, FDA also raised questions about the blood collection devices used with the company’s test.

On September 24, 2015, the company issued a statement stating that it respects and shares the FDA’s concerns about patient safety.  Pathway also acknowledged the concern that its current test is a direct-to-consumer medical device and there is not adequate physician oversight. Shortly thereafter the company retracted the consumers ability to purchase these tests for home usage and some of their other claims.

CancerIntercept Detect is still available, but can only be ordered by a physician. A one-time test kit costs $699, but the company also offers “subscription” pricing with quarterly 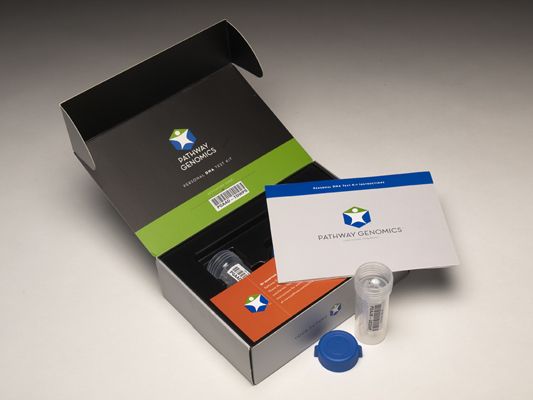 Ian Stone, a spokesman for Pathway told Holistic Primary Care that the company never intended to leapfrog physicians or keep them out of the loop when it comes to cancer screening.

“It has always been our intention that CancerIntercept would be ordered by a physician, not a consumer directly, and only in cases where an individual has specific risk factors. Based on our dialogue with the FDA, we made modifications to our communications to ensure it is clear that the test requires a physician’s order and the patient meets certain criteria.”

When asked to comment about the latest status on at-home cancer test kits in general, an FDA spokesperson gave the following statement: “All devices, including diagnostic tests, are subject to FDA regulation. IVDs are medical devices as defined in section 210(h) of the Federal Food, Drug, and Cosmetic Act, and may also be biological products subject to section 351 of the Public Health Service Act. Like other medical devices, IVDs are subject to pre-market and post-market controls. IVDs are also subject to the Clinical Laboratory Improvement Amendments (CLIA ’88) of 1988.”

(More information on in vitro diagnostic products and how they’re regulated can be found here: http://www.fda.gov/MedicalDevices/DeviceRegulationandGuidance/IVDRegulatoryAssistance/ucm123682.htm)

Although FDA has generally exercised enforcement discretion over laboratory-developed tests (LDTs), it has not done so for direct-to-consumer tests even when those tests meet the definition of an LDT.

Liquid biopsies promise to be a huge niche in molecular diagnostics. It has been estimated that DNA blood tests for cancer screening will be a $10 billion a year market in just 4 years.

Piper Jaffray analysts estimate that as many as38 companies are actively targeting this market space. Gene sequencing company, Illumina, is one of the companies, along with Pathway, engaged in a heated race to prove that this type of testing is effective and safe for the public.

“The holy grail in oncology has been the search for biomarkers that could reliably signal the presence of cancer at an early stage,” said Dr. Richard Klausner, a former director of the National Cancer Institute who’s a member of Illumina’s board of directors.

The plan is to use Illumina’s super-fast genetic sequencing technology to look for genetic material from tumor cells in peoples’ blood long before they have any evidence of cancer. Such a test would check for genetic mutations known to be found in tumors.

Something similar is already done for some people who already have cancer, too. The new approach works by identifying errors that occur when tumor DNA is captured from the blood and prepared for sequencing. Removing these errors allows researchers to more accurately identify true cancer-associated mutations from even very small amounts of starting material.

“By enabling the early detection of cancer in asymptomatic individuals through a simple blood screen, we aim to massively decrease cancer mortality by detecting the disease at a curable stage” says Klausner.

He and his colleagues hope liquid biopsies, using easily obtained blood samples, could one day replace the need to surgically obtain tumor tissue for study.

Some cancer experts have argued against liquid biopsy testing, emphasizing that some early cancers may not secrete the sort of DNA fragments upon which the blood testing relies. Several clinical trials are in progress in hopes of providing the evidence needed to determine the proper role for liquid biopsies in the process of cancer detection.

Based on a recent breakthrough at press time this type of testing may reach the market sooner than some of the experts have predicted.

In April, a German-American molecular diagnostics company Epigenomics AG announced that the FDA has approved the company’s product, Epi proColon® for release in the US market.

“It is the first and only blood-based colorectal cancer screening test,” said Thomas Taapken, PhD, CEO/CFO of Epigenomics, in a news release. “Given the significant benefits for patients, healthcare professionals and payers, Epi proColon® could help to meet the objective of 80% screening compliance of the eligible US population as pursued by US guideline bodies such as the American Cancer Society.”

The test only requires a simple blood sample to be drawn as part of routine healthcare visits. There are also no dietary restrictions or alterations in medication required for patients to take the test.

Epi proColon® received FDA approval based on its safety and efficacy, which were established in three major clinical studies, not to mention that this blood test is already available in Europe, China, and selected other countries. The company is careful in its guidelines for usage, stating that its test “is not intended to replace colorectal screening with colonoscopy, and the test is not intended to screen individuals under the age 50 who are considered to be at average risk for colorectal cancer.”