In recent years, the demand for organic food products has increased dramatically. According to the Organic Trade Association’s 2011 Organic Industry Survey, American sales of organic food and beverages skyrocketed from $1 billion in 1990 to $26.7 billion in 2010.

As growing numbers of organic products line the shelves of our mainstream grocery stores, so too grow the numbers of products carrying claims like “all natural” and “all organic” on their packaging. In this changing food landscape, it is important for consumers and healthcare providers alike to understand the real meaning behind such terms.

A strict set of federal guidelines dictates the certification of organic products in the US. The National Organic Program (NOP), a department of the USDA, oversees the implementation and enforcement the federal act (also called the NOP) which outlines the USDA’s regulations regarding organic food production and certification.

In addition to the NOP, 90 third-party certifying agents are approved by the USDA to issue organic certificates, both in the US and abroad. These certifying agents include CCOF, Oregon Tilth, and numerous statewide Departments of Agriculture.

In order to receive organic certification, food items must be produced and handled without the use of synthetic pesticides, fertilizers, or irradiation. The regular use of antibiotics or growth hormones is also prohibited. Foods produced using a genetic engineering are also excluded from organic certification (see GMO Truths, Consequences, and the Right to Know).

The NOP specifically disallows items produced via “methods used to genetically modify organisms or influence their growth and development by means that are not possible under natural conditions or processes, and are not considered compatible with organic production.” In contrast, approaches that are expressly allowed include traditional breeding, conjugation, fermentation, hybridization, in vitro fertilization, and tissue culture.

Following an initial application, growers must undergo an annual audit as well as additional on-site inspections whenever any changes are made to the 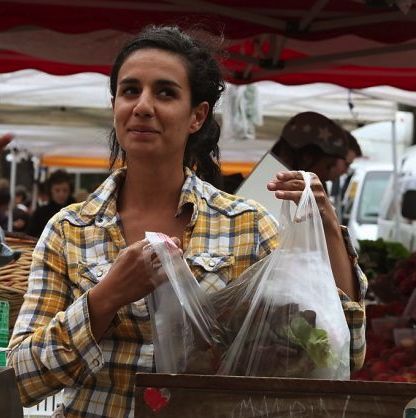 farm’s operations. “[CCOF] knows exactly what I’m using, how much I’m using, the field I’m using it on, and what I’m using it for,” explains Silva. She notes that all organic farmers must use products approved for organic use by the Organic Materials Review Institute (OMRI), including untreated or certified organic seeds, fertilizers, compost, and other inputs.

Additionally, farmers must demonstrate that at every step along the way from the field to the consumer’s hands, the products are handled in accordance with organic standards.

In contrast, the concept of “natural” food is not nearly as well-defined. On its website, the FDA states that, “from a food science perspective, it is difficult to define a food product that is ‘natural,’ because the food has probably been processed and is no longer the product of the earth.” For that reason, the FDA “has not developed a definition for use of the term natural or its derivatives.”

The USDA provides a slightly more fleshed out definition of natural foods. In its list of “Meat and Poultry Labeling Terms,” the USDA describes a natural product as one that contains “no artificial ingredient or added color and is only minimally processed.” Food labels that describe a product as natural “must include a statement explaining the meaning of the term natural (such as ‘no artificial ingredients; minimally processed’).” According to this vague definition, chicken can be labeled as “natural” even if the birds have been injected with a saltwater or seaweed broth, provided that the broth itself contains only natural ingredients like water and salt.

At first glance, “natural” products may appear to be a smart choice. However, in the absence of clear, standardized definitions, many questionably healthy and questionably natural foods have been promoted as “natural.”

The study, published in the Sept. 4 issue of Annals of Internal Medicine, provides a metanalysis of 237 previous studies comparing the harms and benefits of organic and conventional foods. Its authors claim that, on the basis of their analysis, the “published literature lacks strong evidence that organics are significantly more nutritious than conventional foods.” They concluded that overall the data does not support consuming an organic diet for strictly nutritional reasons (Smith-Spangler C, et al. Ann Intern Med. 2012; 157(5); 348-366).

That said, the authors did note some conclusive benefits to organic foods, including lower pesticide levels, higher phosphorus levels, and reduced exposure to antibiotic-resistant bacteria.

These ambivalent and unexpected findings sparked responses of all kinds from supporters and scrutinizers of the organic movement.

In the mainstream media, some headlines distilled the study’s results into the myopic judgment that organics simply aren’t worth their premium prices. A New York Times editorial by Roger Cohen portrayed organic shoppers as wealthy, elitist hypochondriacs oblivious to the world’s starving poor, whose needs will never be met by small-scale organic agriculture.

Most recently,  Dr. Mehmet Oz challenged the notion that people need to go organic in order to be healthy in a widely publicized article in Time Magazine’s “What to Eat Now” special edition. The popular cardiovascular surgeon who formerly advocated organic produce, echoed the notion that organic foods are a luxury for those with disposable income, but not a necessity for good health.

Pro-organic consumers were shocked by the Stanford study’s seemingly damning findings, and the claims that concern about conventional foods equals food elitism. To those who revere organics as a cure-all for countless ailments, the suggestion that organic foods provide no conclusive health benefits was a crisis of faith.

In reality, the true benefits of organics likely lie somewhere between these extremes. The authors of the Stanford study acknowledged shortcomings of their work, and point out a number of limitations to their research, ranging from the lack of inclusion of any long-term studies to the heterogeneity of the studies they analyzed.

The health benefits of an organic diet are likely to unfold over a lifetime, yet the metanalysis only reviewed studies with a maximum duration of two years. The Stanford authors themselves note that to date, there are no long term studies of consumption organic versus conventionally-produced food.

Further complicating the Stanford findings, is the fact that the studies included in the analysis were highly heterogeneous with regard to testing methods, physical factors such as soil type, seasonality, weather patterns, cultivars, and storage practices, and differences among organic farming approaches.

Matt McLean, organic farmer and president of the Organic Trade Association, describes organic farming as “the gold standard of food production.” He believes that over time, as the organic movement grows and generates the same level of research, data, and financial attention associated with conventional farming, organic farmers will continue to refine their methods in ways that allow them to produce even higher quality food. When that happens, “we will be able to feed everybody in the world and then some with better, healthier food.”

What to Tell Patients

Given the confounding claims surrounding organics and health, advising patients on this subject is hardly straightforward. Instead of deciding to eat or 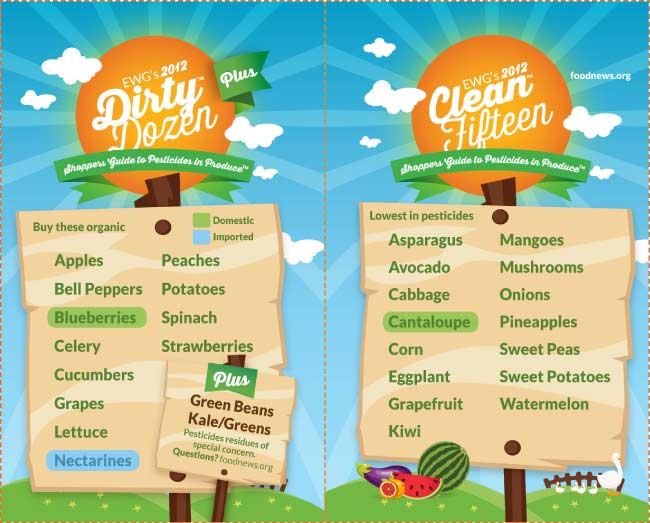 not to eat strictly organic, patients are better off moving towards consuming a healthier overall diet as rich as possible in fruits, vegetables, and other whole foods.

For patients concerned specifically about pesticides, the Environmental Working Group has produced a comprehensive Shopper’s Guide to Pesticides in Produce, which outlines the “Dirty Dozen” conventional fruits and vegetables most likely to contain pesticide residues, and the “Clean 15” that can more be more safely consumed as conventional varieties.

Rather than focusing narrowly on specific vitamins and minerals, encourage your patients to evaluate their dietary choices on the basis of their personal beliefs, budgets, and the sense of nourishment they experience when eating various types of food.

END
Kristen Schepker holds a Master’s degree in Integrative Health Studies from the California Institute of Integral Studies. She is a certified yoga instructor and holistic health and wellness coach practicing in San Francisco, CA.