In an act unparalleled in food history, the Food and Drug Administration recently announced its forthcoming approval of a fast-growing genetically engineered salmon.

If approved, the fish will become the first-ever genetically modified animal intended for human consumption, marking the start of a controversial journey into uncharted waters of our food supply.

Produced by Massachusetts-based AquaBounty Technologies, the transgenic fish has been modified to include the opAFP–GHc2 recombinant DNA construct. Dubbed AquAdvantage salmon, it contains a protein-coding sequence from a Chinook salmon growth hormone, an antifreeze-like protein promoter from an eel-like sea creature called the ocean pout, and a gene terminator. All of these genes are inserted into the eggs of an Atlantic salmon. 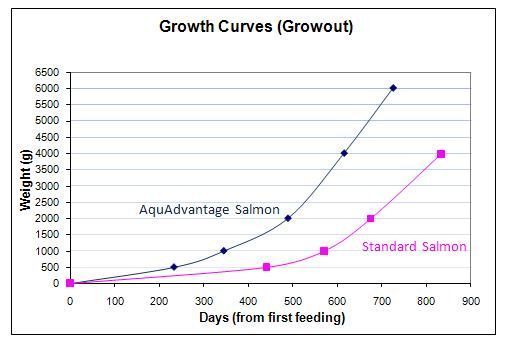 In December 2012, the FDA announced an open public comment period regarding the Agency’s draft environmental assessment (EA) in support of AquAdvantage salmon. Along with the EA, the FDA also made publicly available its preliminary “finding of no significant impact” (FONSI) with respect to AquaBounty’s proposed conditions for use of the modified salmon. Though the FDA has not yet officially approved AquAdvantage for commercial use, the administration has signaled that regulators see no reason to ban or block the salmon from eventually reaching the market. In mid February, the FDA opted to extend the comment period–which was supposed to end on Feb. 25–for another 60 days, until April 26.

Advocates of AquAdvantage salmon claim that genetic engineering provides the means to make this nutritionally powerful fish more widely available to greater numbers of consumers. By shortening production times and reducing the expenses typically associated with wild salmon fishing, manufacturers of the transgenic fish will be able to quickly produce greater salmon yields which can then be sold at lower cost to consumers. Like other types of farmed fish, genetically engineered salmon can be raised and sold year round.