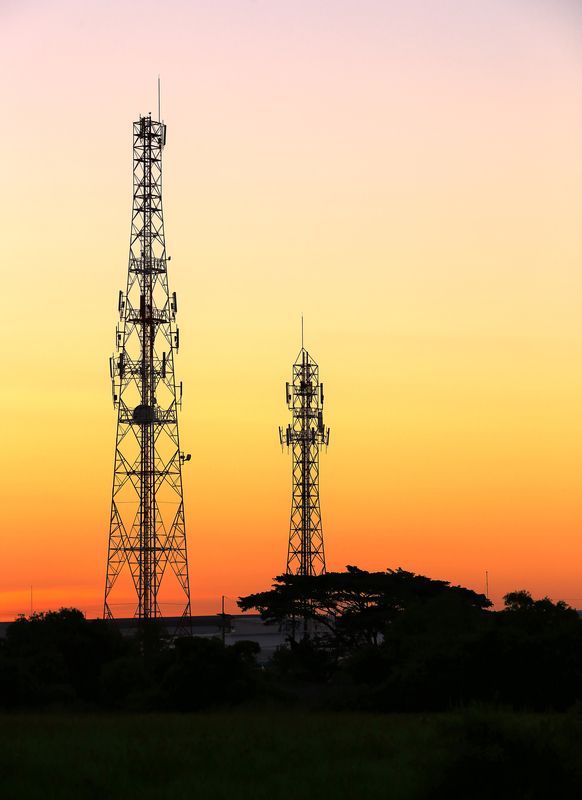 The dramatic increase in the use of mobile phones, wireless networks, and smart devices around the world in the past decade has fueled concerns about the potential of electromagnetic fields (EMF) to adversely influence human physiology.

The reality is, many people—and their children—are likely to be spending most of their day in environments exposed to EMFs generated by wireless networks found at home, in schools, offices, businesses, restaurants, and even entire towns and cities.

The long-term effects of chronic EMF exposure are not yet clear, though we have begun to understand that EMF may have negative health impacts on our bodies through oxidative stress to cells.

While it is nearly impossible to avoid all EMF radiation, we can take precautions to limit or shield electrical and communication devices in our homes and to provide our cells with added nutrients, such as antioxidants, that encourage cellular health and recovery on a continuous basis.

Dozens of peer-reviewed studies have been published in recent years documenting the impacts of chronic exposure to EMF on humans, animals, and cultured cells. Overall, the data indicate that low level EMF exposure may cause a range of adverse physiological effects, including interruption of sleep, aches and pains, anxiety and depression, chemical and electrical hypersensitivities, reduced mental focus, chronic fatigue, fibromyalgia, and inflammation. Moderate levels of exposure may also be linked to cancer and infertility.

Since mobile phones are held close to the head while talking, and often stored in pockets, many studies focus on the brain and reproductive organs. One recent study showed that when a 3G mobile phone is placed on the ear while dialing, the brain electrically detects its radiation (Roggeveen et al. PLoS ONE 2015; 10(5); e0125390). This may or may not have clinical significance; we simply do not know.

While the effects of EMF on the brain and Central Nervous System (CNS) are not yet mechanistically understood, a recent animal study found deleterious effects on lipid peroxidation, nitric oxide production, and antioxidant status following long-term EMF exposure at 2100 MHz (Hidisoglu et al. Brain Research 2016; 1635:1–11). A review based on a French national study concluded that the use of mobile phones for a decade or longer was linked to increased risk of glioma and other brain cancers. The authors conclude that “mobile phone radiation causes brain tumors and should be classified as a human carcinogen” (Morgan et al. International Journal of Oncology 2015; 46, 1865-1871).

An EMF is a physical field produced by electrically charged objects, a combination of electrical and magnetic fields that can affect the behavior of charged objects in its vicinity. Many scientists and physicians have hypothesized that radiofrequency EMF can trigger a cellular stress response, affect metabolism, and interfere with biochemical reactions involving reactive oxygen species (ROS), free radical production and scavenging, and cellular redox balance.

ROS are formed as a natural byproduct of the metabolism of oxygen. They play key roles in homeostasis and cell signaling, leading to activation of transcription factors that regulate gene expression during cell growth and differentiation. However, their levels increase dramatically under conditions of environmental stress.

Excessive ROS production can be triggered by exogenous factors such as smoke, pollutants, xenobiotics, drugs, and radiation, as 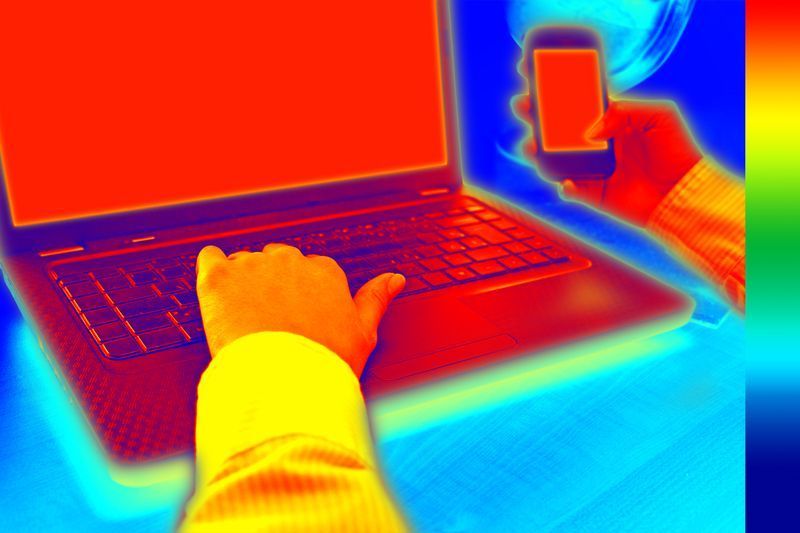 well as by endogenous mechanisms in cell membranes, mitochondria, and other subcellular compartments.

While ROS are part of the natural cellular protection and repair systems, the presence of excess free radicals can cause damage to DNA, proteins, and lipids, and can wreak havoc on the cell by shifting its redox equilibrium and diverting important proteins and enzymes.

Increased ROS levels are linked to the initiation and development of many diseases, including cancer, cardiovascular disorders, rheumatoid arthritis, neurodegenerative diseases, and Type II diabetes.

A number of studies over the last 5 years implicate EMF exposure in the triggering of cytotoxic effects. Specifically, EMF has been linked to:

Five years ago, Holistic Primary Care published an article on physical ways to minimize health risks from wireless devices (Rees, Holistic Primary Care, June 9, 2011). Here, we move to the cellular domain, to offer solutions that aid the molecular machinery that underlie the health of cells, tissues, and organs.

Protection at the Cellular Level

Endogenous compounds, including ubiquinol, glutathione, urate, bilirubin, and enzymes such as catalase, superoxide dismutase, and glutathione peroxidase, all function in the detoxification of ROS. Given the number of challenges our bodies and cells now face, dietary antioxidant defense strategies are warranted.

A wide variety of foods, herbs, and botanicals can provide antioxidant support. The natural antioxidants that can be obtained nutritionally from vegetables, fruits and whole grains, including vitamin C, vitamin E, polyphenols, and carotenoids, are critical to maintaining strong cellular defenses against an onslaught of constant EMF exposure (Wojcik et al. Current Medicinal Chemistry 2010; 17:3262-3288). 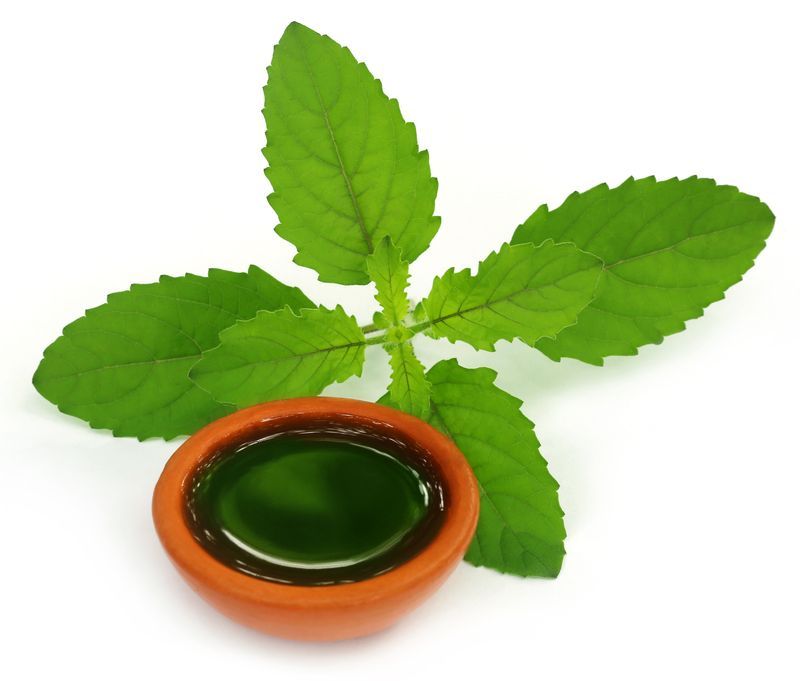 Many botanicals and nutrients, including green tea, Astragalus, and Holy basil (Ocimum tenuiflorum, known as Tulsi in Ayurveda), medicinal mushrooms, and sulfur-containing compounds such as N-acetylcysteine (NAC), alpha-lipoic acid, and methylsulfonylmethane (MSM) are now in routine use to provide dietary antioxidant support.

The complex nature of the multiple constituents in herbs makes them highly attractive and useful for broad-ranging support.

Holy Basil, for example, is a botanical long revered for its adaptogenic effects. It contains a multitude of bioactive constituents, including eugenol, rosmarinic acid, apigenin, luteolin, β-sitosterol, and carnosic acid, all of which demonstrated antioxidant activity, including protection against lipid peroxidation, in preclinical studies. (Baliga et al. Nutr Cancer. 2013;65 Suppl 1:26-35). In vivo, Holy Basil was shown to reduce oxidative stress (Samson, et al. Neurotoxicology. 2007 May;28(3):679-85.)

Since it is challenging and potentially confusing for individuals to incorporate more than a few antioxidant herbs and nutrients into their daily regimens, and to ensure their quality and potency, I developed a product called IonShield™ – a polybotanical, multinutrient formula designed to promote cellular health proactively.

Controversy remains over the dangers of short- and long-term EMF exposure and potential adverse effects on cells, tissues, and organs. The studies that have been done on humans, animal models, and cultured cells vary in terms of biological or medical endpoints, electromagnetic field strengths, and EMF frequencies. Therefore it is challenging to make clear “apples-to-apples” comparisons.

However, the adverse effects that have been reported (brain tumors, non-viable sperm, changes in redox active enzymes, etc.) provide strong impetus for further research on ways to reduce the potential danger of constant, day-to-day exposure.

Oxidative stress arising from chronic EMF exposure, as well as from toxins in food and water, may be an important contributing factor to the onset of cancer and a multitude of other diseases.   In light of this, I think it makes good sense to take steps to proactively combat EMF-induced damage by increasing daily intake of dietary antioxidants.

Dr. Isaac Eliaz is an integrative medical doctor, licensed acupuncturist, researcher, product formulator, and frequent guest lecturer. He has been a pioneer in holistic medicine since the early 1980s, and has published numerous peer-reviewed research papers on several of his key integrative health formulas. He is the founder and medical director of Amitabha Medical Clinic in Santa Rosa, California, an integrative health center specializing in cancer, Lyme disease and other chronic conditions. He is also the founder and chief formulator of Clinical Synergy, a company that provides targeted, high-value physician-formulated nutraceutical supplements.