Home | Topics | Environomics | A Safe Future: Is That Too Much to Ask?
View Cart

A Safe Future: Is That Too Much to Ask? 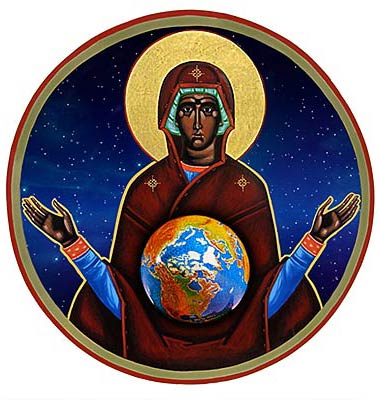 Greta Thunberg posed this blunt question to the world during her brief but forceful speech at the New York City climate strike on September 20.

To thunderous applause and fervent chanting of her name, the celebrated–and vilified –Swedish eco activist voiced the fears, rage, and hopes of her generation.

The troubling truth is, Greta’s demand really might be too much to ask.

According to a recent report in the British business magazine, The Economist, today’s global climate is as different from the 18th century’s as the 18th century’s climate was from the Ice Age. On average, the world is 1oC warmer now than it was in the late 1800s–that’s approximately 2oF.

By most accounts, climate perturbations are increasing in frequency and severity across the globe, with no sign of relenting.

At the beginning of November, India’s capital city—New Delhi—was curtained in smog so thick that planes could not land, and the government forced closure of schools and colleges. The sprawling city’s 26,454,000 people routinely breathe air with an Air Quality Index rating over 700; a “satisfactory” AQI is between 51-100.

Since January 2019, fires have consumed 2,240,000 acres of forest in the Amazon, and almost 200,000 acres in California—some of it in densely populated cities and towns.

The Caribbean and southern US have already weathered 17 “named” storms since August, with Hurricane Dorian ravaging the Bahamas and killing 60. Last March, floods in the Midwest destroyed over 1 million acres of farm and ranch land. More than 14 million Americans were affected. This year is already tied with 2017 as the fifth most storm-filled year since 1851.

In other parts of the world, drought and extreme heat are the new normal. Much of Europe endured all-time highs this past July; over 1,400 Europeans died from heat-related causes. Parts of East and West Africa are routinely plagued by longer and more severe dry seasons, making it difficult for farming and herding communities to stay alive.

In Asia, climate perturbation has been devastating. Typhoons and tsunamis have killed tens of thousands in coastal regions. If polar ice continues melting at 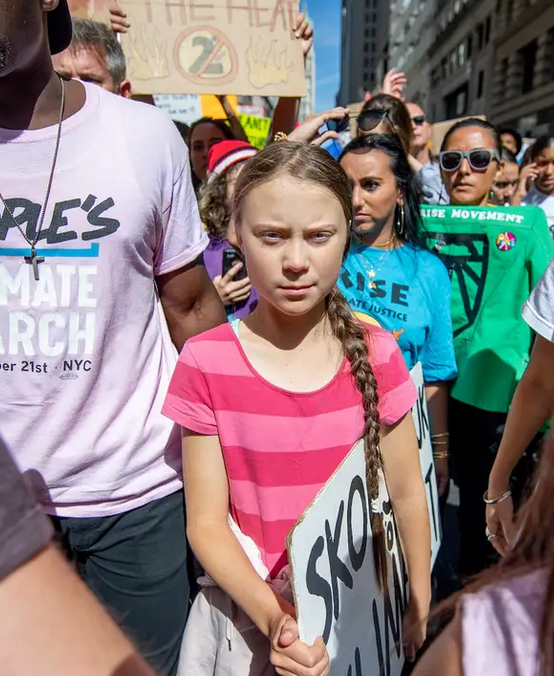 The permafrost in Greenland and the Siberian tundra really is thawing, and releasing trapped methane which also promotes atmospheric warming. The glaciers and ice caps really are melting. Less ice means less sunlight reflected back into space and more heating of the oceans, which are already warming and acidifying.

Its basic physics. The laws of nature do not abide by political, religious, or ideological directives. Nor do they respect boundaries or corporate interests. We might consider ourselves the crown of creation; the laws of thermodynamics do not bow to our sovereignty.

No, human activity is not the sole cause of climate perturbation. Yes, there have always been wildfires, hurricanes, tsunamis, droughts, and floods. And yes, over vast time cycles, there have been phases of warming and cooling. But anthropogenic factors are clearly amplifying these natural occurrences.

The average temperature on earth has increased steadily in every decade since 1970; that is not “natural variation.” By any serious scientific measure, the rate and amplitude of environmental change over the last two centuries is unprecedented. So is the surging global population, currently nearing 7.7 billion, and likely to hit 9 billion by mid-century.

Even if one were to dismiss global warming as a natural process independent of our feverish activity, one would still have to explain the Pacific Gyre, a 270,000 square mile vortex of plastic—94% of it being tiny bits of microplastic—swirling around in the north Pacific. There’s an estimated 80,000 metric tons of plastic in that gyre, which is the biggest but definitely not the only marine trash whirlpool.

Garbage gyres are not created by “natural cycles” or divine mandate.

Nearly all of the world’s climate scientists (not on corporate payrolls) agree that CO2, methane, nitrous oxide, particulates, and fluorocarbons from human industry, agriculture, and transportation, are the main drivers of planetary warming.

The indignation, the sense of betrayal, that Greta Thunberg and other young activists direct at their elders is well founded. Scientists started ringing the alarm about pollution and climate change six decades ago.

Oceanographer Roger Revelle had already shown that atmospheric CO2 was rising by the mid-50s, and that—contrary to the prevailing beliefs—the oceans were not simply going to absorb it and make it all go away. In 1965, the Presidential Science Advisory Committee brought this and other troubling facts to President Lyndon Johnson and to Congress. 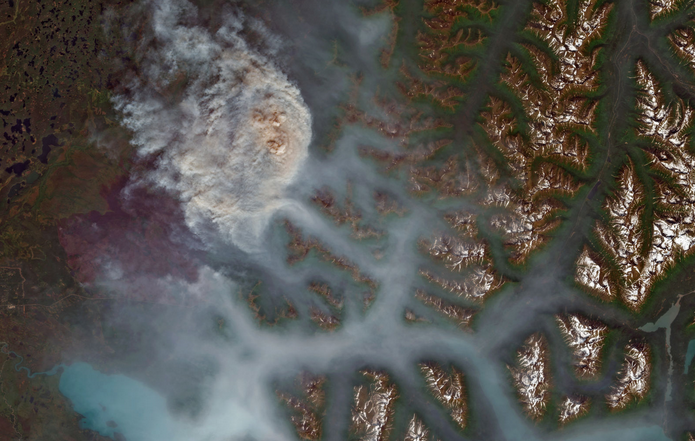 To its credit, the Johnson administration did pass the Clean Air Act, the Motor Vehicle Air Pollution Control Act, the Land and Water Conservation Fund, and the National Wilderness Preservation System. Though these laws had some impact, none of them—or subsequent environmental regs—truly stemmed our petroleum consumption or our carbon emissions. And by the 70s, China, India, Brazil, and other emerging economies were just starting their own fossil fuel binges.

We’ve known for decades about the environmental costs of our affluence. I remember learning about all this stuff as a second-grader in the early 70s. The kids cutting class and taking to the streets today know that we knew. We cannot claim ignorance as a reason for our inaction.

And “inaction” puts it mildly. Yes, there have been hopeful steps and promising innovations—citywide bans on single-use plastics, innovations in recyclable and biodegradable materials, major investments in wind and solar power.

But in aggregate, we’re still heading in the wrong direction. As The Economist points out, since 1992, when the world’s industrialized countries agreed to “prevent dangerous anthropogenic interference with the climate system,” humankind has generated 765 billion more tons of CO2. The years since 2010 have been, on average, 0.5 degrees hotter than 1980-89.

The nations that signed the 2015 Paris accord—from which the Trump administration extracted the US–committed to keeping global temperatures from going 2oC higher than pre-industrial averages. Meeting that goal requires major and rapid changes across all sectors of the global economy.

That would require unprecedented levels of global cooperation, and a setting aside of competition and dominance motives. It will also be very expensive.

Many political and corporate leaders fear that if they take a lead on climate mitigation but competing nations or companies do not, the expenditures will be for naught. Since climate risk is ubiquitous, a nation or company that invests will still be subject to the same aggregate risks as before. On the other hand, if others take action, the few that do not will still gain from climate remediation without incurring the costs.

It’s the same logic behind the health insurance industry’s failure to cover proactive preventive medicine. If Insurer A spends now to prevent the diabetes that you don’t get 5-15 years hence when you’re covered by Insurer B, then Plan A has incurred costs that benefit its competitors. It’s short-sighted, for sure. But it’s very common reasoning.

It’s also true that the payoff of any climate remediation efforts now won’t be felt for years or even decades to come. That’s something the kids understand, and it’s why they’re angry. Our inaction today jeopardizes their tomorrow.

It is the prerogative of the young to challenge their elders, to call out our failings, to clamor for change. And it is all too common for elders to react with condescension or dismissal. But we ignore the Gretas and Xiuhtezcatls and Xiyes at our own peril.

Climate destabilization is a medical emergency of epic proportion. Healthcare’s leaders are beginning to take a stand, and treat it as such.

“People ask me, why are nurses so concerned about the climate? What business is it of your union to get involved in something that has nothing to do with 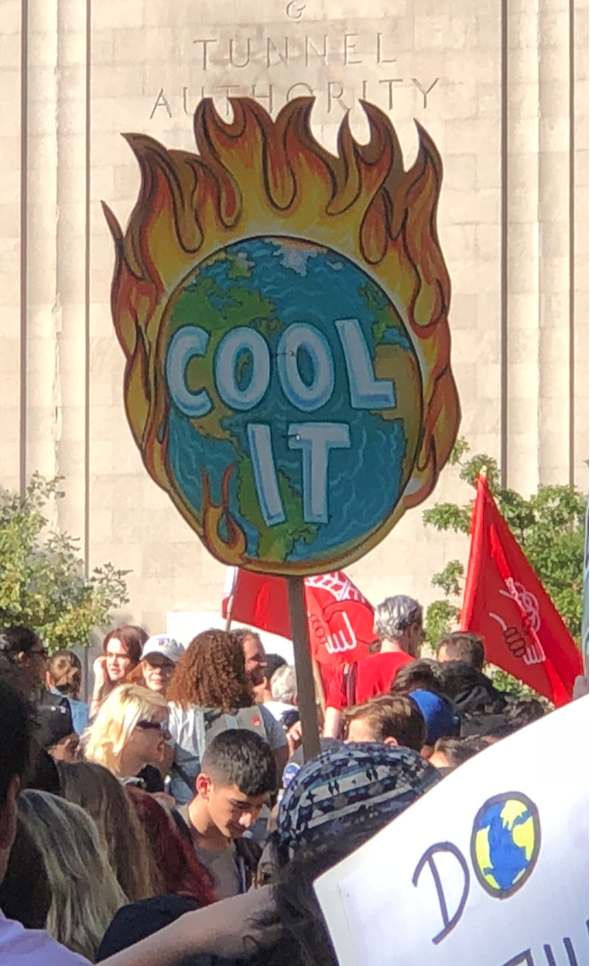 “We say it has everything to do with our profession. Who do you think rescues and cares for victims of heatwaves? Wildfires increasing in depth and severity? Floods leaving toxic molds causing pneumonias, asthma, and heart damage? Droughts, causing unprecedented food insecurity, starvation, and malnutrition? Super hurricanes and typhoons killing off whole towns and creating conditions for new bacteria and viruses to thrive? They come to us, desperate, lost, suffering, terrified.”

As you’ll see in this edition’s cover story, the medical profession is shaking off its self-induced slumber and taking on climate change as a public health issue. Hospitals and clinics are making serious efforts toward greening their operations and cleaning up healthcare’s very dirty environmental footprint.

The corporate and financial world is waking up, too, if only because climate disruptions threaten profitability and shareholder return. Witness a recent two-page ad spread by UBS featuring the gentlemanly Michael Spence—a Nobel laureate in economics—asking: “Will climate change my portfolio?”

American Express has created an entire sustainability department—driven largely by the climate concerns of its employees—and is working to phase out plastic credit cards. Patagonia, the popular clothing manufacturer has committed to becoming carbon neutral by 2025.

Within the natural healthcare industry, many brands and ingredient makers like MegaFood, Metagenics, Nordic Naturals, Standard Process, New Chapter, Αker Biomarine, Indena, BioCeuticals and others are deeply committed to sustainability.

Change is also happening from the ground up, as concerned citizen scientists use the power of social networking to craft their own solutions to pressing eco-problems.

Consider Moses West, a retired Army Ranger, who invented an Atmospheric Water Generator that sucks in air, extracts the moisture, and condenses it into clean water. West has built 12 AWGs so far, installing them in the Bahamas, Puerto Rico, and Flint, MI—all areas where environmental disasters, neglect, or both have left residents with contaminated public water supplies.

Or Oskar Meijerink, a Dutch energy scientist whose company, SkyNRG, is developing jet engines that use solar power and co-electrolysis to create their own 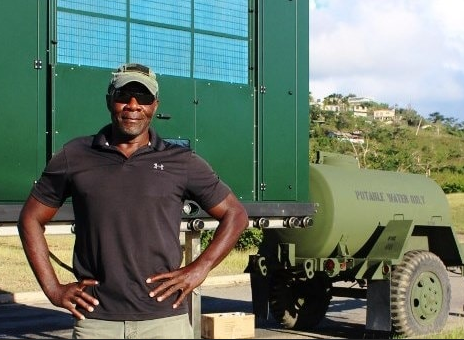 fuel from atmospheric CO2, and water.

There’s Daphna Nissenbaum, an Israeli mother whose startup called TIPA has invented home-compostable plastic bags and packaging materials. And Fionn Ferreira, an Irish teen who figured out a method using magnetite powder to extract microplastics from water. And Boyan Sat, a young Dutch inventor who designed the Ocean Cleanup Array—essentially a giant vacuum for cleaning up marine garbage gyres.

And Ecosia, an online web browser that shunts slivers of ad revenue—in 0.2 Euro increments–to reforestation projects around the world. Ecosia has already funded the planting of 73 million trees, all driven by millions of daily web searches. Selecting Ecosia as your default browser is probably the fastest, easiest eco-step anyone can make.

These are just a few examples of the positive shifts now underway. They’re good as far as they go. But mitigating our environmental impact and ensuring a safe future requires political, social, and economic action. That means voting for leaders committed to environmental remediation, and supporting companies that commit to sustainability.

Time will tell if Greta Thunberg’s demands are “too much.” It is up to us all.