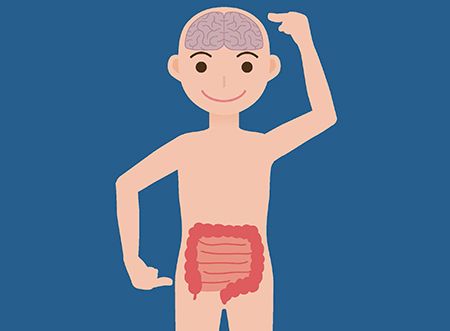 The recent explosion in human microbiome research and its increasing coverage in the media, has made “probiotics” a household word. While many people understand that beneficial bacteria are a crucial component of digestive health, scientists continue to uncover the myriad ways in which probiotics promote good health far beyond the GI tract.

Following are reviews of some of the latest probiotics studies highlighting the roles that gut flora play in regulating blood sugar levels, influencing obesity, and combating H. pylori infection.

The meta-analysis appeared in the United European Gastroenterology Journal and covered 19 randomized controlled trials (n = 2,730) published through June 2015 in which patients with H. pylori infections were treated with one of six different multi-strain probiotics. In all of the studies, the various probiotics were used as adjuncts to conventional drug-based treatment of H. pylori, which generally involves antibiotics and proton-pump inhibitors.

Analyzing the pooled data, investigators found that, in general, probiotics improved infection cure rates and reduced side effects from anti-H. pylori treatments — though some probiotic strains appeared more effective than others. 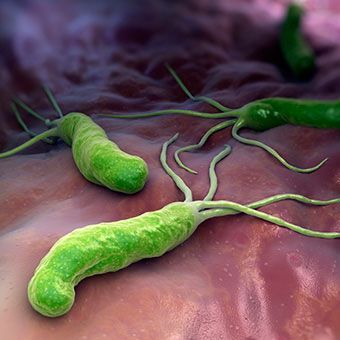 “It is necessary to recognize that efficacy for probiotics are strain-specific,” lead author Lynne V. McFarland, PhD, from the department of medicinal chemistry at University of Washington, Seattle, told Healio Gastroenterology. “This became apparent once we separated the mixtures and did a sub-group analysis so that identical strain mixtures were analyzed together.”

Of the six probiotic mixtures analyzed, two — the Lactobacillus acidophilus/Bifidobacterium animalis combo and the eight-strain mix — rose to the top of the list for their efficacy in addressing all three key outcomes measured (H. pylori eradication, reduction of adverse drug effects, and antibiotic-associated diarrhea).

While prior meta-analyses have concluded that probiotics may be generally efficacious in treating H. pylori, the results are limited by two key factors: the pooling together of different types of probiotics, and a lack of sub-group analysis by varying doses and duration of probiotic therapies. The authors of the current study stress that the anti-H. pylori effect of probiotics is definitely species-specific.

These findings are important, given the rising prevalence of H. pylori infection in many parts of the world, as well as a drop in the effectiveness of standard drug treatments due to the development of antibiotic resistance. Choosing appropriate probiotics holds potential to transform H. pylori treatment and improve infection cure rates across the globe.

Arjun Pandey, at the Cambridge Cardiac Care Centre in Ontario, studied 80 “essential hypertensives,” who were randomized to follow either the standard-of-care Dietary Approaches to Stop Hypertension (DASH) diet or a probiotic-enriched version of the DASH diet termed the “Pro-DASH” diet for three months. The DASH diet is a well established and effective natural strategy for improving several aspects of heart health, including lowering blood pressure. 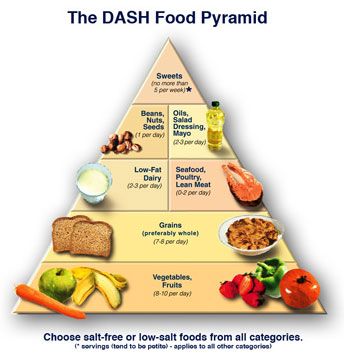 At the end of the three months, patients in both groups showed similar improvements in BP measurements, leading the team to conclude that the addition of probiotics into the DASH diet did not add any additional anti-hypertensive benefit.

When it came to blood sugar levels, however, the addition of probiotics had a far greater impact.

The researchers observed reductions in hemoglobin A1C as well as fasting blood sugar in both the standard DASH and Pro-DASH groups, but the changes were far greater among those who consumed the probiotics. While the control group exhibited an average 3.4% reduction in hemoglobin A1C, those in the Pro-DASH group lowered their hemoglobin A1C by 8.9% (p<0.001). In essence, adding probiotic-rich yogurt and other such foods more than doubled the glycemic control effect of the DASH diet alone.

Similarly, the probiotic-enriched intervention group demonstrated an average 10.7% reduction in fasting blood sugar levels, compared with a 3.3% reduction among those on the standard DASH diet.

One potential explanation for the link between probiotics and blood sugar involves the compound butyrate, Dr. Pandey explained.  Butyrate is produced by certain gut bacteria during the fermentation of dietary fiber in the colon and has been shown to impact insulin sensitivity. Higher insulin sensitivity allows the body to more effectively absorb sugar from the blood, resulting in lower blood sugar levels.

While Pandey’s study has not yet been published in a peer-reviewed journal, his findings represent a potentially significant advancement in the nutritional management of diabetes. He expects to see his results validated in lengthier studies that include larger and more diverse patient populations.

How the Microbiome Impacts Obesity

Adding to the literature linking metabolic disorders to the microbiome, a group of researchers at Yale University recently identified a key connection between changes in the gut microbiota and the development of obesity.

Scientists have previously shown that obesity, insulin resistance, and metabolic syndrome are all associated with alterations in the intestinal microbiome — but the mechanism underlying these associations was previously unknown.

Last year, the Yale researchers shed light on a potential pathway via which an altered gut microbiota could cause obesity. They showed that in rodents, an increase in the production of acetate — a short-chain fatty acid molecule made by bacteria in the gut — activates the parasympathetic nervous system, which in turn initiates a wide range of additional responses including increased glucose-stimulated insulin secretion, increased production of the “hunger hormone” ghrelin, abnormal increases in appetite, and obesity (Perry, R. et al. Nature. 2016; 534(7606): 213–217).

Earlier studies showed that acetate stimulates the secretion of insulin, which in turn influences weight gain and obesity.  Gerald Shulman, MD, PhD, the George R. Cowgill Professor of Medicine at Yale and co-author on the Nature paper, confirmed that acetate triggers insulin production in animal models.

In an interview with STAT news, Rachel Perry, PhD, Postdoctoral Fellow in Medicine/Endocrinology at the Yale University School of Medicine and lead author on the Yale study,
explained that while previous studies have measured concentrations of acetate and other short-chain fatty acids (SCFAs), her team was the first to develop a method for evaluating acetate turnover in awake rodents in vivo.

Their findings suggest that increased acetate production results from interactions between the nutrients we consume and our intestinal microbiome. Perry and her colleagues found higher levels of acetate among the animals that consumed a high-fat diet. “Acetate turnover increases in high-fat fed rats because of increases in production of acetate by the gut microbiota.”

Perry’s team also observed that when acetate was injected directly into the animals’ brains, it triggered an increase in insulin by activating the parasympathetic nervous system. 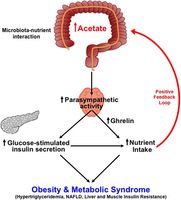 “Acetate stimulates beta cells to secrete more insulin in response to glucose through a centrally mediated mechanism,” Shulman explained. “It also stimulates secretion of the hormones gastrin and ghrelin, which lead to increased food intake.”

In another set of experiments, the Yale investigators aimed to establish a connection between the gut microbiome and heightened insulin levels. They transferred fecal matter from one group of rodents to another, observing similar changes in the animals’ intestinal microbiota, acetate levels, and insulin.

“Taken together, these experiments demonstrate a causal link between alterations in the gut microbiota in response to changes in the diet and increased acetate production,” Shulman said. Higher acetate levels trigger an increase in food intake, which in turn sets off a positive feedback loop that drives obesity and insulin resistance.

This feedback loop, Shulman and his team suggest, could have served an important evolutionary function by prompting animals to fatten up when they discovered calorically dense food sources during times of scarcity. The researchers are now examining whether the pattern they observed in rodents also translates to humans.

Their novel findings hold promise for the development of new obesity prevention and treatment options. “With more than two-thirds of American adults currently overweight or obese, we need to expand our arsenal of ways to fight this epidemic,” said Perry, “and our findings demonstrate that acetate, or the gut bacteria responsible for generating it, could be attractive therapeutic targets.”