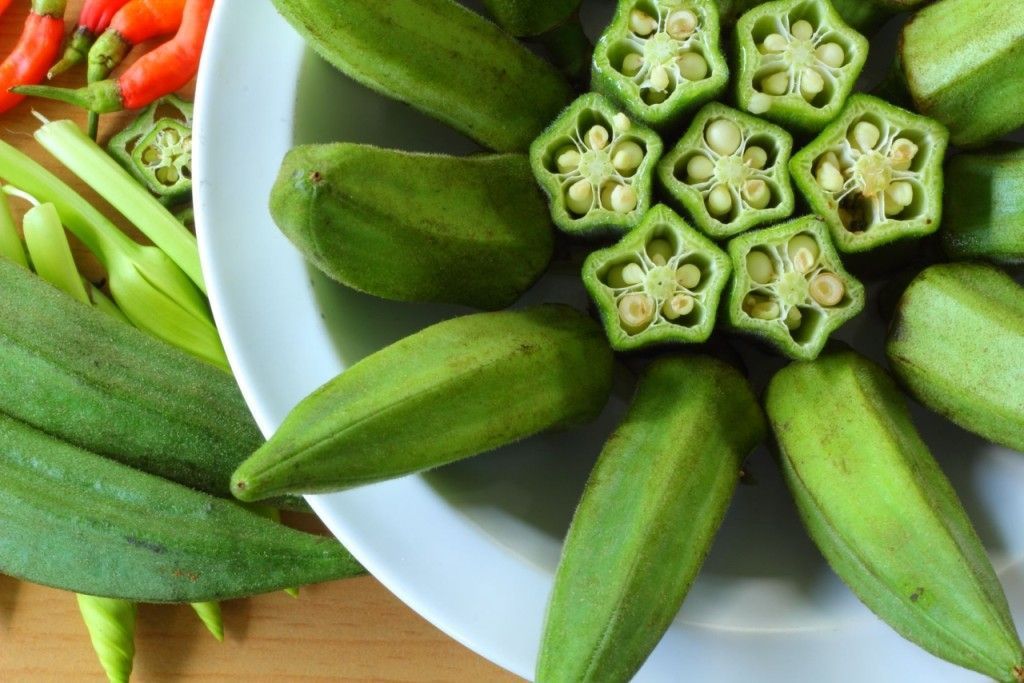 Mention okra to someone and you generally get one of two reactions – a passionate declaration of undying love, or a repulsed face followed by a dismissive reference to its sliminess.

Strong reactions aside, there’s no denying that okra is a very healthy vegetable with multiple medicinal properties. In fact, it has all the makings of the next vegetable superhero.

What most of us know collectively as okra are the seed pods of Abelmoschus esculentus or Hibiscus esculentus, a flowering plant native to Southern Europe, Asia and Africa. It has been with us for a long, long time. It is believed to have been first cultivated in Egypt in the 12th century BC.

The common name derives from Igbo word, “okuru.” The vegetable is widely eaten in Igbo-speaking parts of West Africa, and on much of the rest of the continent as well. In Bantu-derived languages, it is known as “(ki) ngombo.” Both names were brought to the Western hemisphere by enslaved Africans, the latter term being the root for “gumbo”–the popular Creole stew that traditionally contained plenty of okra.

Throughout the Middle East, North Africa, and much of Asia, where it is also popular, this vegetable is known by the Arabic name “bamya.” In Indian cooking it’s called “bhindi.” It can be prepared many ways, most commonly slow-cooked in stews and soups, or fried, pickled and fermented.

Okra is widely considered a healthy plant-based food, with a range of medicinal qualities especially for the digestive system. While the seed pods are the most frequently consumed part, and used medicinally to treat constipation, diabetes, and jaundice, the leaves have been used for pain relief and urinary issues. The Egyptians used okra to prevent kidney stones.

In Turkey, the roasted seeds have been consumed as a traditional medicine for diabetes for many generations. In Malaya, the root has been part of a syphilis treatment.

Okra is made up mostly of carbohydrates, protein and water, with some fat found primarily in the seeds. It is rich in a variety of vitamins and minerals including vitamin C, riboflavin, niacin, beta-carotene, calcium, phosphorus and iron. Both the okra pod skin and the seeds are an excellent source of zinc. What’s especially nice about it is that the mineral content in okra is highly bioavailable, which is not always the case with other vegetables.

A big key to its digestive benefits is the fact that, as part of the mallow family, okra contains lots of water-soluble dietary fiber. That’s what gives it its characteristic slippery consistency, especially when cooked. This mucilage is the reason why okra can be helpful in treating conditions such as gastritis; in effect, it acts as a demulcent agent.

Okra’s phytochemical components include polyphenols such as epigallocatechin, procyanidin, catechin and rutin, in addition to flavonoids like quercetin. These and other antioxidant components have lipid-lowering, antidiabetic, neuroprotective, free radical scavenging, and anti-fatigue effects.

The lipophilic and hydrophilic antioxidant mixture in okra allows it to scavenge radicals in both the lipid and aqueous phase. The combination of the flavonoid content and vitamin C quell the oxidation of low density lipoprotein (LDL). Additionally, multiple researchers have found that peel and seed powder of okra can increase total antioxidant capacity in the kidney, pancreas and liver of diabetic rats. (V. Sabitha, J Pharm Bioallied Sci, 2011, 397-402) (F. Xia, Nutrient, 2015, 8846-8858).

Among the most hopeful qualities of okra are its anti-diabetic and anti-hyperlipidemic effects.

A 2016 study at the Shahrekord University of Medical Sciences in Iran, looked at the effect of okra extract on the glucose and lipid profile of diabetic rats. They saw a decrease in serum glucose, triglycerides, cholesterol and LDL cholesterol compared to the diabetic control group. They also noted an increase in HDL cholesterol over the 4-week period (F. Akbari, J Nephropharmacol, 2016, 80-85).

These findings fall in line with data from similar animal studies conducted in the past, but the author stressed that further work is needed to determine effects of okra on diabetic humans.

Another study on diabetic rats, from the Isfahan University of Medical Sciences, looked specifically at the effects of okra seeds and mucilage (S. Hajian, 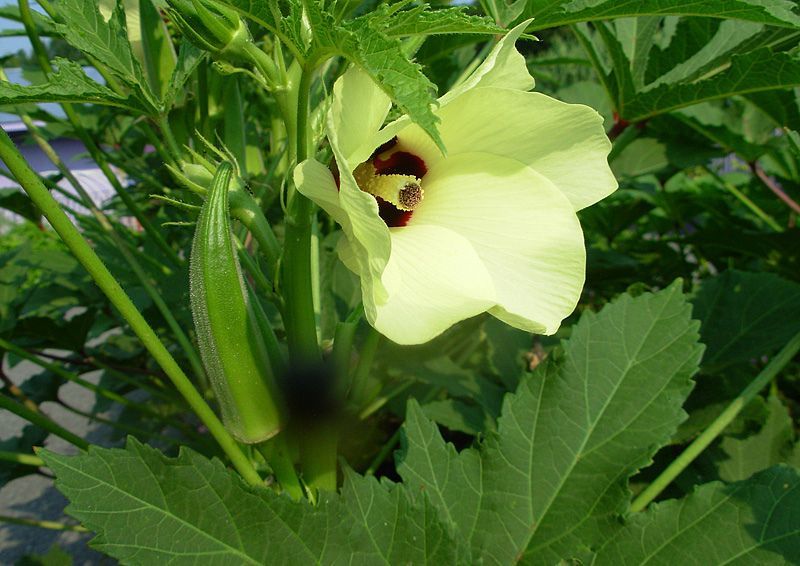 Ann Res Antioxid, 2016, e23). The rats that received both seeds and mucilage at an amount of 2g/kg of body weight daily for 14 days showed a reduction in serum glucose, C-reactive protein, and lipid levels. There was also a decrease in inflammation in pancreatic beta cells upon the completion of a histomorphic examination.

The author suggests that the hypoglycemic properties can be mainly attributed to the polysaccharide content of okra, which can help flush bile salts more effectively thus causing an increase in the use of hepatic cholesterol reserves. Antioxidant activity is another contributing factor, as antioxidants have been shown to have hypoglycemic and hypolipidemic properties.

Okra extract was found to be beneficial as a dietary therapy for hyperglycemia and hypertriglyceridemia in mice fed a high-fat diet in a study conducted at the Shanghai University of Traditional Chinese Medicine (S. Fan, J Nutr Biochem, 2014, 702-709).

The major flavonoids, quercetin 3-O-gentiobioside and isoquercetin, reduced blood glucose levels and serum insulin levels while also improving the glucose tolerance of the obese mice. Additionally, there was a significant drop in the serum triglyceride levels and liver morphology. The mice were given an ethanol extract of okra that was the equivalent of 30g of fresh okra pod per kg per day.

The big question is whether the various benefits observed in rodents will pan out for okra-loving humans.

The evidence is still preliminary, and the assertions of human therapeutic effects are based largely on animal trials, anecdotal experience or historical/traditional records.

So far, there have been no formal human trials, though researchers at the Chinese PLA General Hospital in Beijing recently posted a protocol for a head-to-head comparison of Abelmoschus manihot—a relative of okra used in traditional Chinese medicine—against the drug, losartan, in a cohort of 1,600 humans with biopsy-proven IgA nephropathy.

The studies reviewed here and other research done on okra provide some evidence that there is some value in the traditional ethnomedicinal claims of okra.

The healing powers of nature can be found all around us and we are only just beginning to unlock their secrets and scientifically validate the knowledge that our ancestors and past cultures utilized daily. Inexpensive, widely-available vegetables such as okra, could be powerful tools in the battle against some of the chronic illness burdening our nation.

Here are a few fun and flavorful recipes spotlighting this fantastic and fiercely healthy vegetable. Enjoy!