Amazon, together with Berkshire Hathaway and JPMorgan Chase, has named Atul Gawande as the CEO of its new joint venture in employee healthcare.

Since December, when the three companies announced a plan to do “something” in healthcare, the medical world has been abuzz with speculation, adulation, and nay-saying about what this trinity of Fortune 500 companies might do.

While the companies have still not revealed much about the specifics of their initiative, the selection of Gawande to lead the effort suggests that it will be strongly focused on reducing healthcare cost disparities from region to region, minimizing unnecessary care, improving efficiency, and emphasizing prevention. 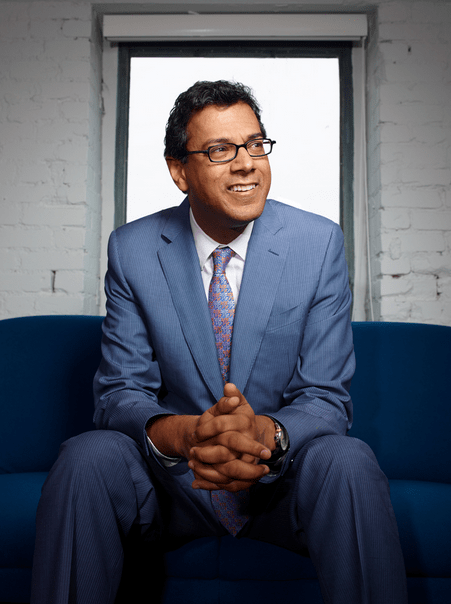 Gawande, an endocrinological surgeon based at Brigham & Womens’ Hospital in Boston, is best known to many Americans as the author of Being Mortal: Medicine and What Matters in the End—a deeply thoughtful meditation on death-and life—in an era of high-tech “solutions”.

Parallel with his surgical career, Gawande has always had a strong interest in public health and big-picture issues. In 1992, he interrupted his medical school training to work on healthcare issues during Bill Clinton’s campaign, and later became a senior advisor to the Department of Health & Human Services under the Clinton administration.

A gifted writer, Gawande sent shockwaves through the healthcare world with a 2009 article in the New Yorker, documenting the extreme cost disparities for the same healthcare services between two communities in Texas.

His message was that a medical culture dominated by corporate profit-making fosters a lot of unnecessary, ineffective and expensive “care,” and that costs could be reduced, and care vastly improved if more healthcare systems adopted the efficiency models championed by systems like the Mayo clinic.

Gawande’s work greatly influenced the Obama administration’s vision for reform. It also attracted the attention of Charlie Munger—Warren Buffett’s business partner—who sent Gawande a thank-you gift of $20,000, which the surgeon donated to the Brigham & Women’s Center for Surgery and Public Health.

In an official statement released by Amazon, Berkshire, and JPMorgan on June 20, Gawande says: “I have devoted my public health career to building scalable solutions for better healthcare delivery that are saving lives, reducing suffering, and eliminating wasteful spending both in the US and across the world. Now I have the backing of these remarkable organizations to pursue this mission with even greater impact for more than a million people, and in doing so incubate better models of care for all. This work will take time but must be done. The system is broken, and better is possible.”

Combined, the three companies have nearly 1 million employees—a very sizable health insurance pool all its own. The companies’ leaders believe they can find ways to improve employee healthcare that existing insurance plans have been unwilling or unable to do.

But in a statement on May 24, Berkshire Hathaway chairman Warren Buffett stressed that the trio of companies have no intention of building their own insurance company.

“The motivations are not primarily profit-making. We want our employees to get better medical service at a lower cost…..we do think that there may be ways to make real significant changes that could have an effect.”

Buffett’s statements seem to suggest that whatever the triad does together in healthcare, they will keep it “in house.”

But given Amazon’s history of disrupting industries, there’s no reason to believe the impact of an Amazon-Berkshire-JPMorgan healthcare play will be limited to its own employee base.

Amazon CEO, Jeff Bezos, recently said, “I think healthcare is going to be one of those industries that is elevated and made better by machine learning and artificial intelligence. And I actually think Echo and Alexa do have a role to play in that.”

Advanced technology will no doubt play a role in whatever healthcare system does emerge from this large-scale collaboration. But the selection of Dr. Gawande—a clinician with a deeply compassionate perspective—is a promising sign that the three companies are trying to balance the technological thrust with a strong humanistic hand.