Reducing Pesticide Exposure Should be a Medical Priority

It is really important to increase the amount of fruits and vegetables in our diets, and to encourage our patients to do likewise. Unfortunately, though, we need to be mindful of the toxins that contaminate even the healthiest of foods.

Pesticides & fungicides have become ubiquitous in our environment. Crops these days are heavily sprayed with these toxic chemicals to maximize yields. The sad truth is that each serving of fresh fruits and vegetables may contain up to 67 different pesticides and fungicides. Studies on cord blood show that most infants are born with around 200 toxic chemicals already in their systems!

Some crops are sprayed more than others, and produce from some countries has more pesticide residue than others. These cancer-causing agents can be sealed into fruit and vegetables by the wax that is used to make produce look shiny. Don’t buy shiny produce!

Since these pesticides become airborne, even organic produce may carry toxins blown over by the wind from nearby conventional farms.  It is best to wash all produce before consuming it. This is especially important when feeding children, as they are more susceptible to the long-term effects of pesticide exposure.

Pesticides and fungicides also uncouple the metabolic process of oxidative phosphorylation, a key process by which normal cells produce energy using glucose and oxygen. In effect, cells die from suffocation. Feeding a kid pesticide-laden fruits and vegetables is, from a cellular viewpoint, like holding a pillow over the child’s face.

If cells are forced to exist in an intracellular environment where they can’t make energy using oxygen they will morph into forms that don’t need oxygen to survive. These are, essentially, cancer cells. Pesticide exposure—and fungicides are the worst–increases the number of cells that try to survive by turning into neoplastic forms.

Recently I saw a man who smoked and also had a bug spray service. He had 5 different types of primary cancer. It is common for a primary cancer to originate in one organ and then seed other organs, as the primary tumor sheds malignant cells into the blood or the lymphatic system. It is very uncommon to have more than one type of primary cancer.

Call that anecdotal if you will, but I think the precautionary principle makes a lot of sense. Here are my bottom lines on this issue:

Studies are equivocal on whether organic produce has a higher nutrient content. I suspect that it does just because I can taste the difference. However, when it comes to reducing morbidity and mortality, the pesticide/fungicide issue is a much bigger concern, and I’m certain that organically grown fuits and vegetables will have lower levels of chemical toxins. If they also have a higher nutrient content, all the better. Reducing our toxin loads needs to become a serious medical priority, and increasing our intake of organic produce is one important way to do that.

Down here in Amarillo, we’re gearing up for our 4th Annual Amarillo Health Initiative. The event takes place on Sept. 18 at the Amarillo Civic Center. The line up is terrific. This year we’ve got Dr. Frank Shallenberger speaking on optimizing cellular energy metabolism; Dr. Garry Gordon, who will explore the common factors underlying many chronic diseases; Dr. Eldred Taylor’s on women’s hormonal health; and Dr. Julia Hunter speaking on natural approaches to healthy skin. I’ll be talking about hypothyroidism and how to optimize thyroid function at any age. For more information visit: www.robbiebradleyfoundation.org. 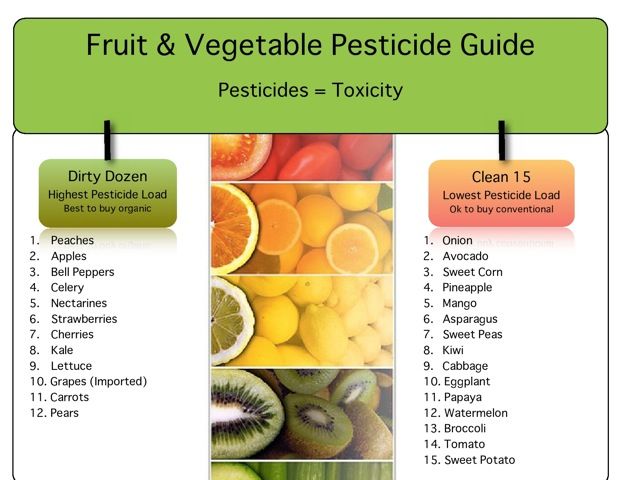